Brazil hold on to enjoy a first-ever win over Chile in Santiago in their opening game of Americas Rugby Championship 2018.

The Americas Rugby Championship 2018 continued on Saturday with the remaining round one fixtures in Santiago and California.

Brazil claimed a narrow victory over hosts Chile in the first match, while defending champions USA and 2016 winners Argentina XV will lock horns in Carson, California, at 17:10 local time (01:00 GMT). 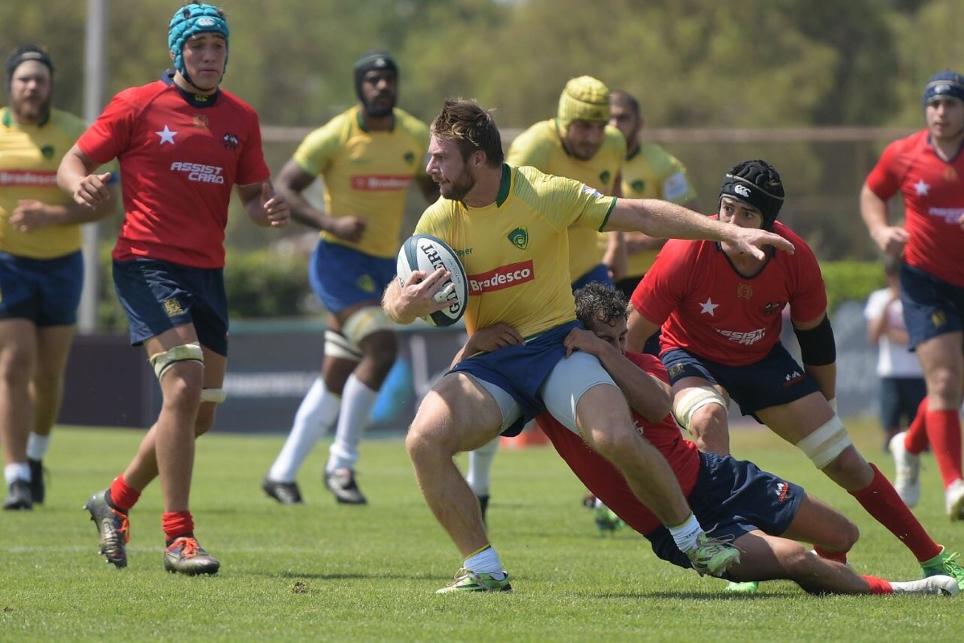 Brazil will climb to their highest-ever position of 25th once the World Rugby Rankings are officially updated at 12 noon on Monday after they began their Americas Rugby Championship 2018 campaign with a tense 16-14 win over Chile at the Estadio de la Pintana in Santiago.

‘Os Tupis were well worth the victory, their first ever on Chilean soil, as they recovered from an early setback to control play for long periods before withstanding a late fight-back.

Playing under brilliant blue skies in Santiago, Chile opened the scoring when referee Pablo Deluca awarded them a penalty try in the sixth minute. Los Condores full-back Tomas Ianiszewski went shoulder to shoulder with Brazil playmaker Josh Reeves as he chased down his own kick and, as the two of them went to ground in the in-goal area, Reeves deliberately palmed the ball over the dead ball line to prevent an almost certain score.

Fortunately for the visitors, the New Zealand-born player escaped further sanction and, 10 minutes later, his well-struck penalty from near the halfway line saw Chile’s lead reduced by three.

Playing into a slight breeze in the first half, Chile comfortably dealt with Brazil’s attempts to attack them with ball in hand. Their defensive pressure forced Os Tupis back behind the gain-line time and time again, until Reeves finally decided to use his big left boot to gain territory.

It took a brilliant break by scrum-half Laurent Bourda-Couhet for Brazil to properly trouble Chile, though. His darting run and pass to Moises Duque taking the visitors from one 22 to the other. A brilliant cover tackle from Ianiszewski saved a certain try but Brazil were able to maintain possession and eventually switch play to the far side where tight-head prop Jardel Vettorato rumbled over from a metre out. Reeves’ conversion brushed the inside of the post as it went over to put Brazil 10-7 up, and the score remained that way until half-time.

Brazil started the second half brightly and a second Reeves penalty four minutes after the restart extended their lead to six points. Poor handling and a mounting penalty count against them thwarted Chile’s best efforts to change the course of the game but they were given a let-off when Reeves pushed a penalty attempt just wide of the near post in the 56th minute. Reeves made no mistake with his next effort, though, letting fly from 45 metres to take Brazil’s lead to 16-7.

Chile finally sparked into life as an attacking force once coach Mark Cross decided to unload his bench, and three replacements were involved in Los Condores’ first try from open play. Benjamin Pizarro broke through the middle before passing to Beltran Vergara who, in turn, found Nicolás Garafulic up in support on his shoulder. Garafulic took the ball at pace from 15 metres out and charged over under the sticks for a debut try. Ianiszewski, Chile’s most influential player, added the conversion to bring the home side to within two points with 17 minutes left to play.

The error count climbed as players on both sides tired in energy-sapping conditions and Chile, when not pinned back inside their own half by Reeves’ excellent kicking game, failed to take what few half-chances they had in the remainder of the game, leaving Brazil to celebrate an historic victory. 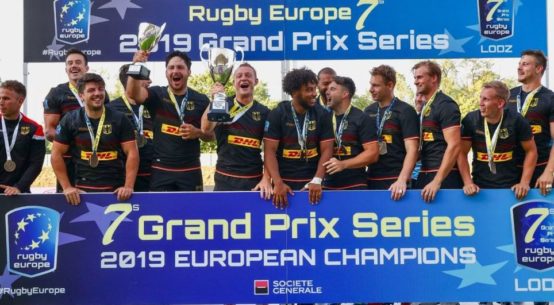