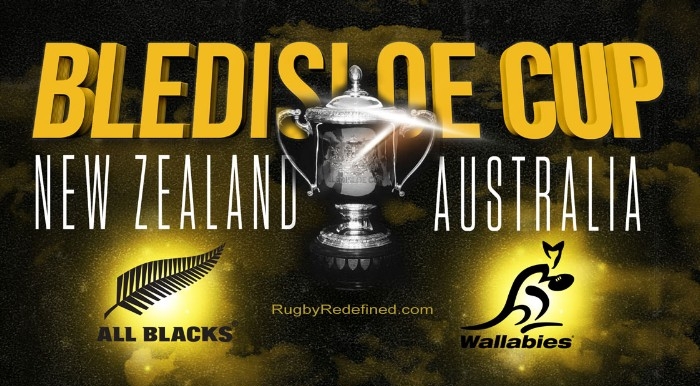 The Wallabies claimed a 23-18 win in the third and final Bledisloe Cup Test of the year at Suncorp Stadium in Brisbane on Saturday.

Australia have ended a six-game winless drought against the All Blacks. All the hard work by Michael Cheika and his coaching staff in holding an extended training camp prior to the Rugby Championship has paid off.

It gives Wallabies fans something to smile about after a torrid season for Australian rugby which saw their Super Rugby sides go winless against New Zealand opposition for the entire duration of the campaign and which saw the bad blood surrounding the Force’s axing.

Although the Bledisloe Cup had already been won the All Blacks, both sides were definitely not treating the match as a dead rubber, playing with the usual ferocity and passion accompanied with these clashes in the past.

The field was very slippery after inclement weather for 12 hours prior to the game. This didn’t stop both sides from throwing the ball around but did result in a number of handling errors making it a rather stop-start first-half.

However, the game remained entertaining as referee Wayne Barnes allowed good advantage and both sides must be commended for persisting with their running games despite the poor conditions.

The Wallabies stunned the All Blacks against the run of play with the game’s opening try when Reece Hodge pounced to intercept after a set-piece move from the All Blacks went wrong from an attacking scrum in Wallabies territory. Despite the scrum wheeling to the right, Aaron Smith persisted in going left putting his fly-half Lima Sopoaga under immense pressure whose errant pass was intercepted by Hodge who ran coast-to-coast to dot down between the sticks. Bernard Foley converted for a six-minute 7-0 lead.

But the All Blacks responded eight minutes later. From a 10-metre attacking lineout out on the left touchline, they took the ball through nine phases spanning the width of the field before Smith fired a skip pass wide for Waisake Naholo to run on to over the whitewash untouched just within the field of the play on the right touchline. Sopoaga added the extras to level matters on the scoreboard.

And Sopoaga who was having a good game with his kicking in the tough conditions, gave the All Blacks the lead at 10-7 for the first time in the game when his 45-metre penalty sailed over after the All Blacks had done well to counter-ruck and win the penalty from the Wallabies.

And the All Blacks number 10 extended the lead to six points at 13-7 with another penalty after Wallabies flanker Jack Dempsey was penalised for offside.

However, it was the Wallabies who had the last laugh of the first-half when Israel Folau got on the inside of Naholo after Kurtley Beale’s pass had stretched the All Blacks defence after 12 phases between forwards and backs with Dempsey and Michael Hooper heavily involved. Foley missed the conversion as the Wallabies trailed 13-12 at the break. Folau became only the third Wallaby to score against the All Blacks in three consecutive Tests.

The stop-start nature of the game reared its head once again after the interval with plenty of knock-ons stifling the flow of the game with the only real chance of the opening ten minutes a penalty that was badly shanked by Foley whose record of one from three looked like it might come back to haunt the Wallabies.

Wallabies skipper Hooper’s decision to go for touch was vindicated when from the attacking lineout on the right touchline the ball was switched out on to the left touchline to Folau who did well to draw his defender before feeding Marika Koroibete who had too much power in his one on one with Damian McKenzie to stay within the field of play and crash over.

Hodge added a good penalty from out wide on the left touchline in the 63rd minute to extend the Wallabies’ lead to seven points at 20-13.

The All Blacks started to keep hold of the ball better and put together the phases working the ball out to the left wing. Sonny Bill Williams produced the moment of individual brilliance to unlock the Wallabies defence in typical style with an offload to Kieran Read who showed good hands to release Rieko Ioane who had to much pace for the covering Sean McMahon. With Sopoaga off the park, McKenzie missed the conversion meaning the All Blacks still trailed by two at 20-18.

Hodge then showed great composure to boot a monster 50 metre penalty and eat up some time in the process making it a five point lead as the Wallabies held on for an historic 23-18 win. 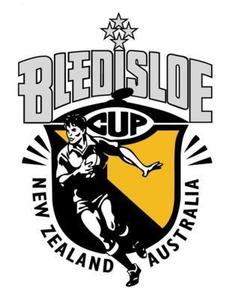 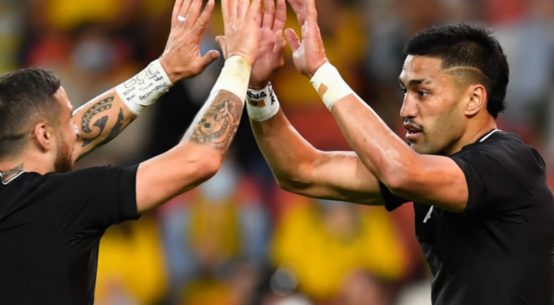