In game two of RWC 2019 the two-time champions Australia take-on Fiji in Sapporo. The fixture is a rematch from RWC 2015, a time in which Australia had a stronger side than present while Fiji was weaker. Today’s Flying Fijians have the means of causing an upset and must be considered Quarter Finals contenders.

Australian Head Coach Michael Cheika has looked to replicate the winning side from the Rugby Championship triumph over New Zealand. Of the team that played in the 47-26 win in Perth fourteen players will also run out against Fiji.

The one change from the match comes at flanker wherein the 78 time capped David Pocock will start together with Michael Hooper and rookie Fijian N8 import Isi Naisarani in the back-row. For Pocock it is to be his third RWC tournament.

The side named is Australia’s strongest which underlines the threat which the Flying Fijians pose. Cheika has gone for a big forward pack with Rory Arnold and Izack Rodda in the second-row; Scott Sio, and Allan Alaalatoa as the props; and Tolu Latu at hooker.

In the backs Nic White, and Christian Leali’ifano for the halves combination. This sees Will Genia and Bernard Foley to continue to be out of favor. Samu Kerevei and James O’Connor for the centers with the back-three consisting of Fijian adult import Marika Koroibete, Reece Hodge, and Kurtley Beale.

Fiji have named a team that know one another very well. Campese Ma’afu, Sam Matavesi and Peni Ravai give the Flying Fijians a solid front-row and they have world class support in the engine room from Tevita Cavubati and Leone Nakarawa.

Completing the starting forwards will be a back-row of Dominiko Waqaniburotu, Peceli Yato, and Viliame Mata. Waqaniburotu will captain the side from flanker.

In the backs Frank Lomani and Ben Volavola join forces to form the halves combination. The presence of Levani Botia at inside center promises to give Fiji some deadly attacking. He will join Stade Français’ Waisea Nayacalevu in the mid-field in a selection which sees one of the world’s best centers, Semi Radradra moving to the wing.

Playing in the back-three will be a potent trio. Kini Murimurivalu starts at the back with Radradra and Josua Tuisova named on the wings. For anybody familiar with the Top 14 the backline is nothing short of extraordinary.

Fiji goes into RWC 2019 as a very formidable team. Impressive results since RWC 2015 include wins against France, Italy, and Scotland. Australia, though, remain the favorites to win in Sapporo on Saturday by a margin of 10 points. 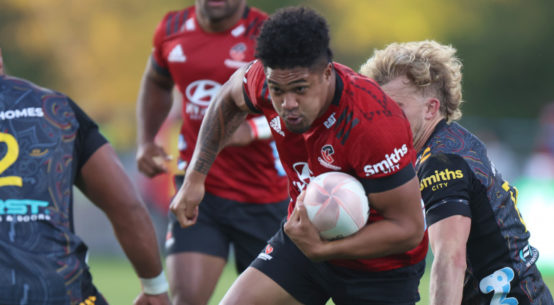