SHIZUOKA, 10 Oct – A preview of the Pool D match between Australia and Georgia, which kicks off at 19:15 on Friday at Shizuoka Stadium Ecopa.

The Big Picture
Two contrasting coaching philosophies will go head-to-head in Shizuoka on Friday evening as, away from the disruption caused by Typhoon Hagibis, Australia and Georgia bring the focus back on to the rugby pitch.

At first glance there is not a huge amount on the line in Shizuoka, with the Wallabies already guaranteed safe passage to the quarter-finals and Georgia having missed out on the coveted third spot in Pool D. But players and coaches from both sides have plenty to prove.

Australia will field their 11th different half-back combination since reaching the final at RWC 2015, as coach Michael Cheika banks on the dynamic of constant competition to bring his squad to the boil at just the right time.

Despite having never started together for Australia at No.9 and 10, Cheika is expecting Nic White and Matt To’omua to lay down an irresistible case for the jerseys ahead of their quarter-final in Oita next week.

Similarly, the starting back row of Jack Dempsey, Isi Naisarani and David Pocock have been directly challenged to prove which two out of the three of them deserves to start the first knockout match alongside squad captain Michael Hooper, who is not in the match-day 23 in Shizuoka.

In direct contrast, Cheika’s opposite number Milton Haig has embraced the tried and trusted mantra of consistency as he seeks a first victory against a Tier 1 nation in his final match after eight years in charge.

The 35-year-old open-side flanker Mamuka Gorgodze epitomises Haig’s battle-hardened line-up. A Toulon man, Gorgodze starts for a record-setting 14th time at a World Cup and retains the hope that he can bow out of test match rugby in style.

“We are all excited,” Gorgodze said. “There is nothing to lose.”

In the spotlight
Not so long ago, all the focus for this match would have been on Georgia’s famed scrummaging power versus the Wallabies’ creaking front five – but times have changed.

An injection of youthful Pacific Island-fueled talent has transformed Australia’s scrum into a genuine weapon while Georgia have increasingly given their backline licence to play.

Winger Giorgi Kveseladze may only be 21 years old but he has 21 caps to his name. He starts along with fellow 21-year-old Gela Aprasidze, pictured top, who has been directed to raise Georgia’s tempo from scrum-half.

“We know that he likes to run with the ball, he’s quick and he keeps defenders on their toes, so if we can keep the first couple of defenders around that ruck it will clear up space out wide,” Haig said.

Team news
Australia squad captain Michael Hooper and second-row Adam Coleman have both been pulled from the bench, having been initially named in the match-day 23.

Team officials confirmed on Thursday that the duo have “minor niggles” and were withdrawn as a precaution once the Wallabies’ quarter-final place was confirmed following Fiji’s loss to Wales on Wednesday. Neither are doubts for that quarter-final, which will take place in Oita on 19 or 20 October.

Lukhan Salakaia-Loto and Rob Simmons have been drafted on to the bench. Simmons will win his 100th cap if he comes on.

Georgia captain Merab Sharikadze and the tireless Davit Kacharava will be counting on all their experience as they attempt to get the Lelos on the front foot. Between them the pair have pulled on the red of Georgia a vast 183 times with Kacharava set to extend his all-time caps record to 119. He, Gorgodze, hooker Shalva Mamukashvili and second-row Giorgi Nemsadze are expected to bow out of international duty after RWC 2019.

Stats and trivia
Australia have won all 18 matches of their Rugby World Cup matches against Tier 2 nations with an average margin of victory of 46 points.

Georgia have scored eight tries so far at RWC 2019, comfortably eclipsing the five they scored at both RWC 2007 and 2015.

Quotes
“As players you see it as an opportunity, someone may miss out but someone gets an opportunity to play in a Wallabies jumper and stay there.” – Match captain David Pocock believes there is plenty for the Wallabies’ chosen 23 to gain against Georgia.

“For this game, we will be ready to die on the pitch.” – Georgia’s Merab Sharikadze is convinced his team will give it everything against Australia. 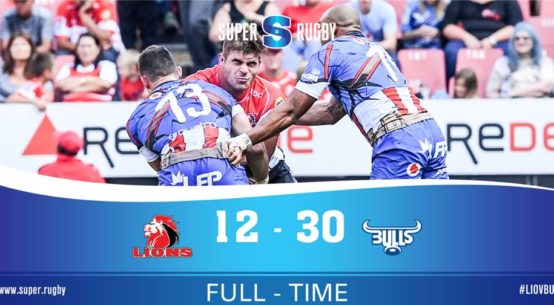