New Zealand extended Australia’s Bledisloe Cup agony to 19 years when wrapping up the series, and getting their Fortinet Rugby Championship off to a bonus point start with a 57–22 win at Eden Park on Saturday.

Eight tries to three spelled the scoreboard difference, but also the finesse between the sides, and it was the highest All Blacks points total against Australia and their second time over 50 since 2014.

New Zealand were relentless in the loose, and their tackling, in a game of some rugged collisions, was superior.

As anticipated the Australians came out with plenty of intent but handling issues, a lack of accuracy, they conceded two intercept tries, and an inability to contain the All Blacks loose forwards cost them dearly.

Having already done their work in the first 50 minutes, flanker Akira Ioane, who had his best Test, No8 Ardie Savea and flanker Dalton Papalii, outclassed the Australians in the loose. That was evident when Papalii fed Savea, who broke the defence and passed to wing Will Jordan who scored the All Blacks seventh try to carry them to the 50-mark.

Australia looked to start the second half as they finished the first, with a try, and while the All Blacks lost Savea to the sin-bin for not supporting his weight just out from the All Blacks line, Australia muffed the resulting lineout throw.

Led by Havili, the All Blacks charged their way out of the 22m and a kicking exchange ended with a lineout on halfway to the All Blacks. In the resulting play, a ruck formed infield. Halfback Aaron Smith burst around the blindside, sold a dummy to Jordan and then passed inside where hooker Codie Taylor was in support to score.

Australia’s desperation factor lifted and when conceding a penalty 58 metres out, All Blacks fullback Damian McKenzie lined up the posts and landed the goal.

Again, as they looked to get back into the game a long pass attempted by Australia’s second five-eighths Matt Toomua was picked off by wing Sevu Reece who ran away from 50m out to take the score to 38-15.

The first half was beset by handling errors from both sides, and far too many penalties for the sort of flowing play that best suits both sides. However, when chances were provided the All Blacks showed more finesse, never more than in the 23rd minute with a turnover try which started 70m out.

The ball was moved with centre Rieko Ioane throwing a long ball to his brother Akira. He threw a dummy to his outside that was taken allowing him to link inside with McKenzie. He flicked the ball swiftly to supporting lock Brodie Retallick and he was untroubled on a 30m run to the line.

Earlier, three minutes into the game, it was centre Ioane who picked off an intercept and raced 80m to open the scoring.

In the 32nd minute, All Blacks pressure close to the line after a Richie Mo’unga run into the 22m area, resulted in Savea being driven over the line by Taylor to give New Zealand a 21-8 lead.

Australia wasn’t to be outdone and with skipper and flanker Michael Hooper, clearly frustrated with some of the rulings going against his side, took matters into his own hands with a powerful run, twice getting up to run on again. It was that impetus that laid the foundation for the try just before halftime to halfback Tate McDermott.

The All Blacks were twice penalised out from the line and both times Hooper opted for scrums and it was also under advantage when McDermott took advantage of a screwing scrum to get over for the try that saw the halftime hooter go at 21-15.

Australia’s first try was soft, seven minutes into the game when No8 Rob Valetini and McDermott each appeared twice in movements that carried the ball into the All Blacks’ 22m area where first five-eighths Noah Lolesio lobbed a kick to the wing where Andrew Kelleway took the ball and rounded McKenzie with far too much ease for comfort. It wasn’t the cleanest start to the game for the New Zealander but he was undeterred and popped up in perfect position in Retallick’s try and than landed that penalty goal. 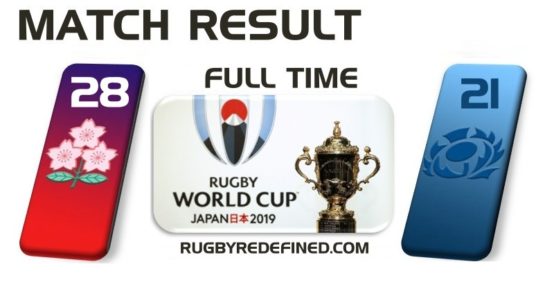