The Brumbies will be looking to snap a seven-match losing streak against the Crusaders when the sides meet in Canberra this weekend.

Not since 2009 have the Australian outfit beaten the Crusaders so they will be desperate to end that barren run at GIO Stadium on Saturday.

That will be difficult not least as they are without talisman David Pocock and it’s clear the bookmakers aren’t expecting any shocks with the Crusaders 1/10 favourites. The Brumbies can also be found with a 17 point handicap, which is remarkable considering they are at home.

However, on recent form that handicap is actually believable considering the Crusaders have beaten the Brumbies by an impressive average margin of 19 points in those seven successive victories; that is the longest winning streak of either team in the history of the fixture.

The Crusaders will also be buoyed by the fact they’ve won their last six games in Australia, their longest ever winning run in the nation.

One positive for the Brumbies this season, despite only picking up three victories, is that they have been solid defensively, with only the Chiefs having conceded fewer line breaks per game. Still though they have leaked 206 points, which is 54 more than the Crusaders, who have bounced back admirably after their two losses with mature performances that sees them sitting top of the pile on New Zealand’s table.

Indeed it’s tough to see anything but a win for the visitors as their All Black-laden pack coupled with backline threats make them such a fearsome side. The Brumbies must then hope for a repeat of last week’s woes from their Australian rivals, which will keep them in their Conference race.

The last time the teams met: The Crusaders made it seven straight wins over the Brumbies in their fixture last year, which took place in Christchurch. The Round One match saw Seta Tamanivalu, Whetu Douglas and Peter Samu cross while Rory Arnold was the Brumbies’ try scorer.

Team news: Captain Sam Carter will play his 100th Brumbies Super Rugby match on Saturday. He will lead the team from the second-row as he becomes just the twelfth player to reach the 100-cap milestone for the club, with head coach Dan McKellar making two changes for the game.

The Brumbies will be without Australia flanker David Pocock for the encounter with the dynamic flanker ruled out of action due to a calf strain. The absence of Pocock has forced a reshuffle in the Brumbies back row with Lachlan McCaffrey, Rob Valetini and Ben Hyne also all unavailable for selection. Blake Enever will therefore slot into the six jersey with Tom Cusack moving to the other side of the scrum.

There’s one other change to the line-up that started against the Jaguares, with centre Andrew Smith coming in alongside Tevita Kuridrani.

Crusaders head coach Scott Robertson has made seven changes to his team from the side that took the field against the Sunwolves. In the forwards, Codie Taylor returns to the starting line-up in place of injured hooker Ben Funnell, and Andrew Makalio will once again provide cover on the bench. Sam Whitelock returns this week to partner Scott Barrett at lock, and will resume the captaincy, while Heiden Bedwell-Curtis and Jordan Taufua return to the loose forward trio in the number six and number eight jerseys respectively for the game in Canberra.

At scrum-half, Bryn Hall starts as Mitch Drummond takes a spot on the bench. Seta Tamanivalu is at 11 in place Manasa Mataele, while David Havili is back at full-back in place of George Bridge – with both players having played the most minutes of anyone in the team this season. 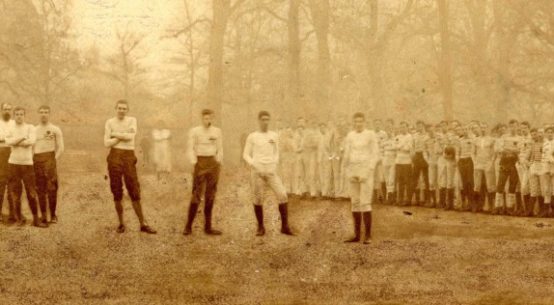