Uruguay will take a nine-point lead into the second leg of their Rugby World Cup qualifying encounter.

Uruguay opened the Rugby World Cup 2019 Americas 2 qualifying series with a well-deserved 38-29 win against Canada in Vancouver. They travel home to Montevideo where, next Saturday, it will be decided who advances to Pool D in Japan 2019 with Australia, Wales, Georgia and Fiji.

Their win also gave them five points in what doubled as the opening match of the 2018 Americas Rugby Championship, plus an extra 0.85 of a rating point in the World Rugby Rankings. Los Teros stay in 18th place but have reduced the gap between themselves and the USA to less than half a point. Canada remain three places behind in 21st.

The 16,132 spectators under the roof at BC Place enjoyed a great game of rugby that saw the lead change five times, with eight tries and a penalty try scored. While both teams tried to play open rugby, the Canadians found it hard to unsettle the low tackling defence of a committed Teros side.

The game could not have started with a bigger shock for the home side when Rodrigo Silva ran almost 40 metres untouched before the first minute had elapsed. A Canadian mistake allowed Los Teros to set up the full-back who by straightening his run broke clear and scored under the posts.

It took Phil Mack’s side 17 minutes of attack to finally break the try-line. Full-back Taylor Paris handled twice before sending flanker Evan Olmstead in for the try.

With more possession, the Canadians scored 10 points within four minutes; first a penalty from Connor Braid and then yet another try from DTH van der Merwe who, in taking a well-timed final pass from centre Ben Lesage, stretched his Canadian try-scoring record to 29.

Los Teros needed to get back on the scoreboard and in the final 10 minutes scored two converted tries to go to the break in the lead.

On the half-hour mark, strong wing Leandro Leivas overpowered the defence on the right touch for the five-pointer after great build-up work from the whole team. In the last move of the half, nippy scrum-half Santiago Arata attacked straight from a ruck to go under the posts. Having missed two earlier penalties, Felipe Berchessi added his third conversion for a 21-17 first-half lead.

Canada seemed renewed coming from the break and chose not to kick for posts; the reward was two-fold as the Uruguayans gave away a penalty try and received a yellow card for hooker Germán Kessler.

What should have given the Canucks momentum was quite the contrary.

Leading from the front, captain Juan Manuel Gaminara made the initial break that, after a superb pass from winger Nicolás Freitas, the game’s man of the match, led to lock Ignacio Dotti running 25 metres for a try on the left corner. This not only meant regaining the lead but also taking the first bonus point of Americas Rugby Championship 2018. Berchesi added the goal to extend the lead to 28-24.

Soon after, former skipper Rodrigo Capo Ortega proved his worth by scoring his side’s fifth converted try; all of this while Los Teros were one player short.

Canada played most of the next 15 minutes on the attack but failed to find gaps until on the 71st minute a long pass from DTH van der Merwe put centre Nick Blevins in the corner.

The only addition to the scoring in an intense final 10 minutes came via a Berchesi penalty.

Next Saturday, at the Charrúa Stadium, with the Webb Ellis Trophy in attendance, Uruguay will need to defend their nine-point lead against what will be a fired up Canadian side that will want to avoid going to the RWC 2019 repechage tournament.

“We are happy but this is the first half and we are now at half-time. We respect the Canadians and know they will be fired up for the second game,” said Uruguay captain Juan Manuel Gaminara.

“The first try was a surprise because in games this big, the opening 20 minutes are normally to study the opposition. The opportunity came and we took it. There are a few things to work on, mostly our discipline. But we managed to control them.”

Canada coach Kingsley Jones was clearly disappointed with the outcome. “They won the collisions and gave them momentum. To give a soft try like that (in the opening minute) in a big game is not what you want. The Uruguayans were well drilled and came to do a job and got it done,” he said.

“We were not clinical enough. There were nonetheless many positives and we will build from those. We need to win by 10 points now, something we haven’t done for some time. For that, we need to be better.”

The first round of the ARC 2018 will be completed next weekend when Chile host Brazil and defending champions USA take on Argentina XV in California. 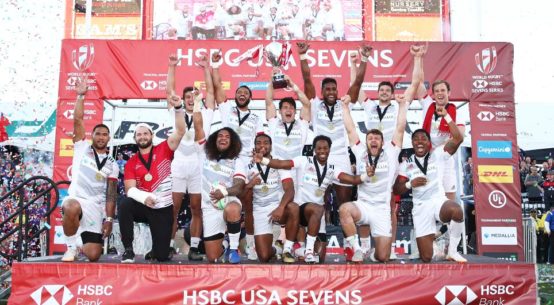 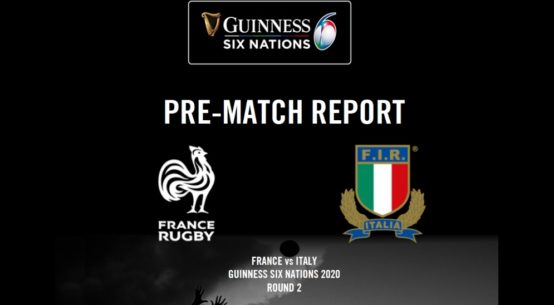