Scotland will be looking to try out a few new combinations when they take on Canada at Commonwealth Stadium in Edmonton on Saturday.

Only one player – Fraser Brown – remains from the side that played Italy in Rome in the final match of the Six Nations. It could have been none, had Stuart McInally not been a late withdrawal from the touring squad.

Head coach Gregor Townsend has named Grant Gilchrist to captain the side in McInally’s absence.

Such is the inexperience of this side that midfield pairing Chris Harris and James Lang have only two caps between them. Lang, along with openside flanker James Ritchie, are making their debuts, while Lewis Carmichael and Adam Hastings are set to win their first caps off the bench.

Scotland face USA and then Argentina in their next matches on tour and Townsend is clearly taking this opportunity to blood some players before the nitty-gritty of the Six Nations and World Cup next year.

Townsend has built on the successful platform set by Vern Cotter and continued the side’s upward trajectory, the highlights of his tenure thus far being breaking the Calcutta Cup drought that had stood for 10 long years earlier this year as well as beating Australia in Sydney and running the All Blacks close at Murrayfield in 2017.

Meanwhile, Canada are on a torrid run of form, having lost to Samoa, Georgia and Romania (twice) recently. The absence of Tyler Ardron due to injury is a significant blow for the Canadians but in players like DTH van der Merwe, Nick Blevins and Phil Mack there is experience to guide the younger players in the side.

On the challenge of facing Scotland, Canada head coach Kingsley Jones gave insight into what he expected ahead of the game.

“They’re a top side. Gregor Townsend is a very good coach, very positive and we’re expecting a fast game. They’ll try to create opportunities from turnovers and offload the ball so it’s going to be an exciting game for the spectator,” Jones said. 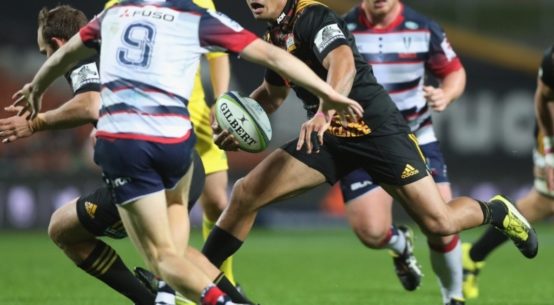