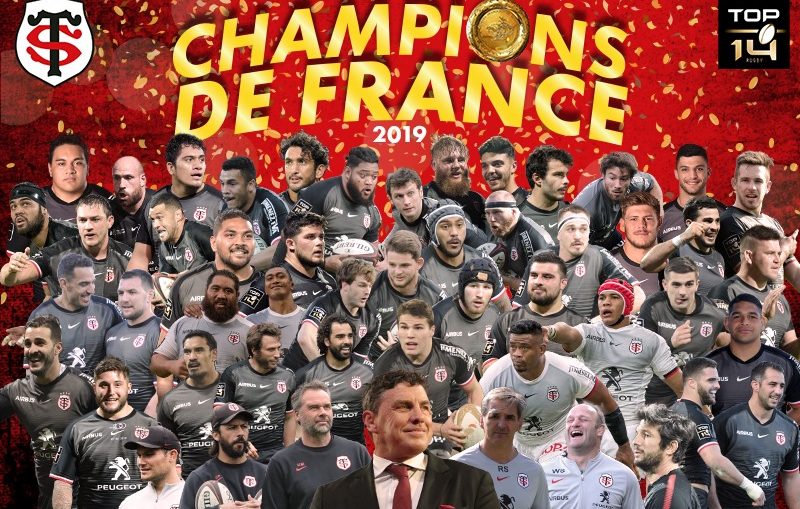 Toulouse 24 - 18 Clermont Auvergne Two tries by Yoann Huget proved the difference as Toulouse capped a superb season by beating Clermont Auvergne 24-18 in the French Top 14 final in Paris on Saturday to lift the trophy for the first time since 2012. The winger crossed the line in the

Follow @RedefinedRugby Castres claimed a 29-13 victory over Montpellier in the Top 14 final at the Stade de France in Paris to become champions of France on Saturday. Julien Dumora and Steve Mafi scored tries while Castres fly-half Benjamin Urdapilleta maintained a 100 percent goal-kicking record throughout. Ruan Pienaar was guilty of

Follow @RedefinedRugby Racing 92 won their first Top 14 title since 1990 despite a red card for Maxime Machenaud early in the first half, defeating Toulon 29-21 at the Nou Camp. Friday’s Top 14 Final was a rousing success, played out in front of a record crowd of 99,124 in Barcelona and