Leinster produced an outstanding display to qualify for the Champions Cup final following a superb 38-16 triumph over the Scarlets at the Aviva Stadium.

The Irish province were simply excellent and the first half set the tone, with James Ryan, Cian Healy and Fergus McFadden crossing the whitewash in the opening 40 minutes.

Their only blemish before the interval came via three kickable penalties, all converted by Leigh Halfpenny, but the 2017 PRO12 champions were overwhelmed by the three-time European winners.

Scarlets struggled to find their fluency and Scott Fardy made their task even more difficult by going over early in the second period. Johnny Sexton, who also kicked five conversions and a penalty, then completed the victory, although Tadhg Beirne’s try did provide Wayne Pivac’s charges with some consolation.

Despite a decent start from the Welsh region, which yielded a penalty for Halfpenny, Leo Cullen’s men soon began to dominate proceedings.

They were absolutely magnificent from thereon in, with their power, precision and intelligent running lines causing all sorts of issues for the Scarlets.

Luke McGrath’s absence may have been a blow but Jamison Gibson-Park had an easy time of it behind a pack of forwards giving the scrum-half front foot ball.

Leinster’s pressure duly told when a well worked lineout sent McFadden free down the right. Although their opponents’ cover defence did well to stop him from scoring, Pivac’s side were powerless to prevent Ryan from touching down from close range.

Sexton added the extras before the fly-half and Halfpenny traded three-pointers, leaving the Irish province 10-6 ahead going into the second quarter. Despite the narrow four-point buffer, Cullen’s outfit were controlling matters and deservedly crossed the whitewash for the second time when Healy went over.

Once more, the Scarlets responded via the boot of their wing, but the Irishmen were dictating the gainline battle and duly scored their third as Garry Ringrose’s looping pass was collected by McFadden and the 31-year-old finished in the corner.

Following the Ireland pivot’s third conversion, Leinster held a 15-point advantage at the break and it was increased 10 minutes into the second half.

Ryan was again crucial to the score as the lock displayed his vast skill set to break the tackle and offload for Fardy to go over from close range.

The game was effectively finished as a contest but Leinster did not reduce the intensity and touched down for the fifth time as Sexton weaved his way to the line.

Cullen’s side were relentless and could have added to their tally but the Welsh region at least displayed plenty of fight to keep them out in the final quarter. They then had the final word when Beirne scampered across the whitewash, but Leinster were ultimately too good as they moved closer to a record-equalling fourth title. 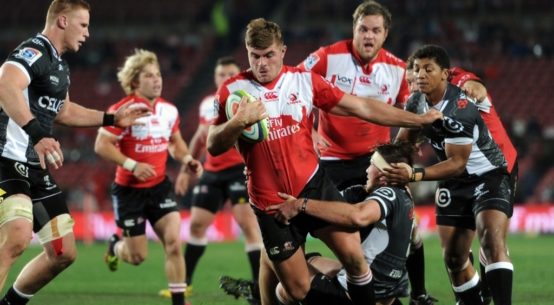