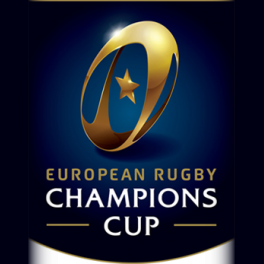 The eyes of the rugby world will be firmly fixed on St. James’ Park in Newcastle on Saturday, when European heavyweights Leinster Rugby and Saracens clash in the 2019 Heineken Champions Cup final.

Saracens have won all eight of their European matches this season, sweeping past Lyon, Cardiff and Glasgow Warriors in a flawless pool campaign, before defeating Glasgow for a third time this season, 56-27 in the quarter-finals, and then Munster Rugby 32-16 in their semi-final in Coventry.

Leinster have had a more dramatic run to the final, having had a ten-match winning run in the Heineken Champions Cup ended by fellow four-time winners Toulouse 28-27 in Pool 1.

However, they responded with four successive victories to clinch a home quarter-final and made full use of that advantage in a battling 21-18 success over fellow Irish province Ulster Rugby at the Aviva Stadium, before reaching a second successive final with a 30-12 win over Toulouse at the same venue.

The Irish province boast three EPCR European Player of the Year nominees, including hooker Sean Cronin, who leads the competition in tries scored with six alongside Ulster wing Jacob Stockdale.

Centre Garry Ringrose – who has racked up 271 metres, seven clean breaks and beaten 33 defenders – and prop Tadhg Furlong, an ever-present in this season’s competition, have also been shortlisted for the prestigious award, with the winner being announced at the conclusion of Saturday’s final.

Meanwhile, Saracens have two players up for the prize in full-back Alex Goode – who has played every minute of the 2018-19 campaign, totalling 348 metres and 35 defenders beaten from 80 carries – and prop Mako Vunipola, who won two Heineken Man of the Match awards in the pool stage.

Injury ruled the England regular out of Saracens’ quarter-final win, but he returned to help the English side to victory over Munster last month.

The two sides last met in the 2017-18 Champions Cup quarter-finals, when Leinster ended Saracens’ dream of three successive victories in the competition with a 30-19 win in Dublin.

Leinster remain unbeaten in three European matches against the English side, having beaten them twice in the pool stages en route to a second European Cup crown in 2011.

Saracens fly-half Owen Farrell has led the competition in points scored for the last three seasons and sits top at this stage with 79. Fellow No.10 Johnny Sexton heads Leinster’s list with 48.

Last-minute thrillers, back and forth clashes, drama-filled rivalries and more than a couple of magical moments from Europe’s best have led to the Champions Cup final.

The stage is set, with St. James’ Park lying in wait to decide whether it will be Saracens or Leinster who add to their European trophy cabinet.

The title. Simple as that. Whoever can perform under the bright lights with silverware on the line will travel home knowing they are the very best that Europe has to offer.

For Leinster it would be a remarkable fifth star to add to their badge and a defence of their crown, whilst Saracens will be looking to make it a third title in four years.

Whoever shows up on game night will find themselves on the podium and the small matter of ever-lasting glory.

Both have been irresistible to this point.

Saracens remain perfect, flying through to the final with seeming ease, scoring the most points in the competition. Their power game proved too much for Munster in the semi-final and their defence has been suffocating throughout.

Leinster’s route has been more complicated. After losing to Toulouse in the group stage, they edged Ulster by the slimmest of margins to reach the semi-finals. However, they resembled something like their imperious best as they eased past Toulouse on the second time of asking to reach the final.

Leinster blew away Saracens in last year’s quarter-final with a clinical display of rugby in the second-half at the Aviva Stadium.

Star players James Lowe and Garry Ringrose bagged tries, as Leinster’s ruthless nature proved to be too much on the day in front of a home crowd.

A harsh lesson for Saracens who will not under-estimate Leinster’s European pedigree.

International quality wherever you look.

A match-up for the ages in the engine-room, when two of the world’s elite Maro Itoje and James Ryan do battle at the coalface. Their combination of athleticism, raw-power and work-rate is rare in world rugby. A bruising head-to-head.

At 10, two master-controllers Johnny Sexton and Owen Farrell, both ice-cool on the big stage will be key to guiding their side to a win. Neither will be overawed by the occasion.

Finally, two British & Irish Lions that are very familiar with each other, Tadhg Furlong and Mako Vunipola, have redefined the role of the modern-day prop. Their all-round ability around the park could be the difference in the battle between two world-class packs.