Fiji wrapped up their fourth consecutive World Rugby Pacific Nations Cup title and their fifth in total after coming from behind to defeat Georgia 37-15 in the all-important match at the ANZ Stadium in Suva on Saturday.

Playing at a high tempo, Fiji looked a constant threat from the off and after falling behind to Soso Matiashvili’s early penalty, Seniloli struck twice in the space of three minutes. For his first, the scrum-half pounced on the loose ball after it squirted out from a five-metre scrum following a superb shove from the Fijian pack, while the second came from good work by the backs, debutant Semi Radradra putting his team-mate away with an inside pass after the Lelos were left short of numbers in defence.

Neither try was converted and Georgia started to work their way back into the contest as errors crept into Fiji’s play. On the stroke of half-time, the Lelos went in front after the forwards made good ground down the middle and Lasha Khmaladze threw a long miss-pass that bypassed Vereniki Goneva and found Alexander Todua unmarked wide on the left.

Georgia could not sustain their effort after the break, however, and the second half firmly belonged to Fiji who entertained the crowd with their offloading game with the likes of Leone Nakarawa, Radradra and Goneva looking dangerous every time they touched the ball.

Jale Vatubua started the run of 27 unanswered points in the 50th minute when he ran a hard line and took a short pass from Seniloli after another sold scrum from the Fijian pack. Nemani Nadolo kicked the penalty and added a 55th-minute penalty to hand the reigning champions a 20-15 lead.

Lomani got in on the act to score twice, the second coming in the 79th minute, but there was still just enough time for Radradra to touch down in stoppage time from a few metres out and cap a fine test debut.

Fiji captain Akapusi Qera said: “Georgia came out strong in the first half and we just want to thank the Lord Almighty for giving us the strength and the spirit of unity and love that we can fight again in the second half and manage to win the game. It was a tough game so hats off to the boys. That is the level we need to play every game but the Georgia team will be a different team when we play them again in 2019.”

with the big hits. Discipline-wise we let ourselves down near the end but we’re happy with the win. There are a lot of improvements we can make but we are heading in the right direction.” 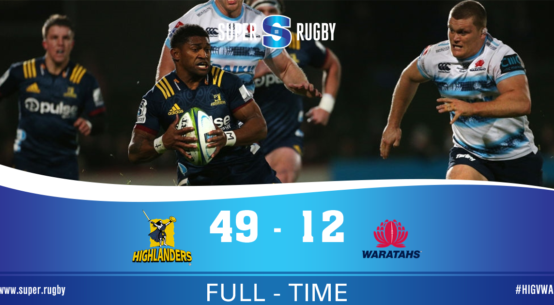