Day Two of the Brisbane Tens started bright and sunny with a wee bit of heat predicted, but still nothing like 2017. It wouldn’t take long before we understood which teams would carry on through to the finals. And questions still remained about the tournament and the format and whether it could make enough of an impact to draw decent crowds.

The first two games of the day saw Pool A wrap up with the Wild Knights and Rebels not progressing.  Thankfully the points differential fell the Reds way and they squeak into the finals.

And in Pool C the Hurricanes and the Crusaders (unbeaten and with only one try scored against them) make it through to the finals.

The finals make up this year sees each of the top two Men’s teams from the three pools make it through to the finals.

The teams are then ranked one to six and teams 1 and 2 are sent straight through to the semi finals – Blues and Crusaders progress to the semis.

In the Women’s competition the top 2 teams play each other in the final.

The Chiefs Brisbane Tens title defense continues in the first semi final against the Reds. Hamish Stewart needs to fire against the Chiefs to have any hope of this not being a rout.

The Reds built phases inside the Chiefs 22 but Perese couldn’t quite convert. Wholesale interchanges for both teams and rather dodgy cross field kick again didn’t pay dividends for the Reds despite almost 4 minutes inside the 22. Foolish chip and chase from the Reds saw a turnover and only seconds later the Chiefs scored in the corner as Alaimalo dotted it down. Stevenson made a brilliant break and Nanai-Williams again carried it forward. Kerevi made a whacking hit in a try-saving tackle and Stewart relieved the pressure on the Reds with a long touch-finder. Angus Blyth was awarded a try under somewhat dubious circumstances and it was converted to draw level at half time 7-7.

Perese fluffed a penalty kick to turnover possession. Basically if the Reds could stop kicking they would be better off this weekend. The Reds yet again turned over needlessly by grassing a pass. Angus Blyth was awarded a second try under yet more dubious circumstances (not great reffing or AR this weekend) to put the Reds ahead. 15 minutes in I didn’t see this coming. Harry Hoopert forced a great turnover and the Reds were threatening within 5 metres of the Chiefs line. Ngamanu made a brilliant break down the tryline and passed inside to Perese for him to score his fourth try of the tournament. A conversion to Tate McDermott saw the Reds up 19-7 with 2 minutes to go.

Reds go through to the Semi-Finals and will face the Blues.

The Waratahs started strongly against the Hurricanes taking advantage of a turnover by Latu and Newsome crossed under the posts not long after.  Drew Mitchell took the field for the first time all tournament.  A loose carry by the Tahs was turned over and the Hurricanes shifted the ball down the field 75m before falling victim to their own poor passing.  Jonah Lowe made a break down the sideline (unhindered by Drew Mitchell in the chase) and Filipo crossed for the first try for the Hurricanes. Fast ball from the breakdown saw Ben Lam crossing only a minute later as the Canes pulled ahead to lead at half time.

Umaga-Jensen scored for the Canes just after half time (courtesy of a dodge by Mitch Short).   I blinked and then saw the Canes crossing again courtesy of Du’Plessis Karifi after winning another restart.  The Waratahs hit back not long after with an intercept to Naiyaravoro seeing him race away to cross for the Tahs.   Short redeemed himself by crossing in the corner from a bullocking run by Naiyaravoro.  Tuitama crossed for the Canes off the back of some poor moves from the Waratahs and while the Tahs had lost they restored some respectability to the scoreline with a try just before full time to Will Miller.

The rain threw everyone for a loop but seemingly not Ngamanu who sprinted away for a 75m try.  Unfortunately Stewart didn’t convert from right out in front.  The Blues hit back with a try to Sam Nock and they didn’t leave the two points behind.  Tupou was once again used to break the line and the Reds were inside the Blues 22.  The Reds continued to rumble forward and then fluffed it inside the 5m line.  The number of loose carries for the Reds though is starting to climb to silly proportions as Kerevi coughed it up inside the 22.  A soft try to the Blues by Olsen was awarded after Hockings didn’t wrap up the man and the Blues went into half time leading 12-7.

The Blues camped in Reds territory following a monster kick but the Reds D was up to the task for a period.  The Blues went short side and in spite of a valiant effort, Eckland was awarded the try for the Blues.  A poor restart gave the Reds another opportunity in Blues territory and after a false start, Ready eventually crossed for a Reds try.  A beautiful pass from Manu to Papali’i saw the Blues put the nail in the Reds coffin to seal an always likely victory.

The Hurricanes in the first minute doubled the points scored against the Crusaders with an early try to Jamie Booth.  The Crusaders hit back with a quick try to George Bridge after a lovely run from him.  A lovely chip ahead from the Canes was regathered at pace by Booth who was over for his second of the match. The Crusaders built phases nicely and progressed to the 5m line but the Hurricanes was more than a match and forced the turnover to go to half time up 14-5.

Four minutes into the second half and neither team had ceded ground.  Matele  shot down the sideline to score a try for the Crusaders to keep them in with a chance of making their second Brisbane Tens Grand Final. Some cracking kicks in play had Crusaders fans thinking they were in with a chance but the regather didn’t come off and the Hurricanes after having a lacklustre start to the tournament are through to the Grand Final.

The women have played some absolutely cracking rugby over the weekend and NSW played some great field position finished with a lovely crossfield kick to put Vette Welsh over in the corner to get on the board. NSW have had the bulk of possession in the first half but the QLD D has been solid and the teams go to the half with NSW up 5-0.

The entire second half was spent without any change to the score and then 2 minutes after the final hooter QLD crossed to level the score.

We are now into Golden Point extra time.  Great play.

First period of extra time ended without a point.

Second period of extra time – Fakaosilea made a beautiful hit on NSW’s Olivia Brooks and then scored the winning try off a pass from Temara who passed off the back of the scrum.  Superb play from the 17 year old.

The second half started with the Hurricanes parked in the Blues half only to come away empty-handed.  The Blues eventually got on the scoreboard with a try on the sideline to Akira Ioane which wasn’t converted, leaving 2 points between the two teams.  As it tight as this game is, that may be the ball game.  Or maybe not.  Turnover just outside the 5m sees a Blues scrum feed.

The winning try was scored by Moala for the Blues to see them run out winners of the Brisbane Global Rugby Tens. 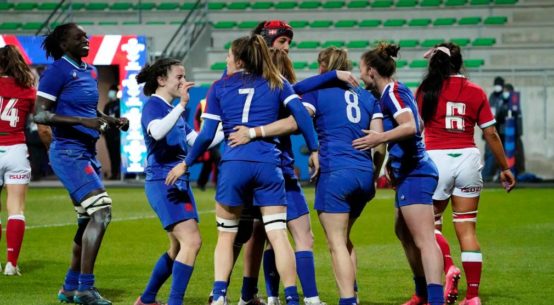