Stephen Larkham’s Classic Wallabies and Scotland’s Projecx Waterboys upset the seedings to progress to the Cup quarter-finals, while Samurai defeat debutants Mourant Fiji Army to rack up three dominating wins on day one

Hong Kong; April 3, 2019: Stephen Larkham’s Classic Wallabies upset the seedings by reaching the Cup quarter-finals at the GFI HKFC 10s for the first time, while ninth seeds Projecx Waterboys of Scotland stunned defending champions Biarritz Gavekal on their way to topping Pool A with three wins.

Larkham’s men lost 15-12 to hosts Natixis HKFC in their last Pool C game and lost several players to injuries after a gruelling day for many teams, but still made it through to the top eight for the first time in their three appearances.

“I’m really proud of the effort by the guys. It has been a really tough day. It was the pool of death and you can see that,” said Larkham, the legendary former flyhalf who won 102 caps and helped Australia win the 1999 Rugby World Cup.

“We’re going through to the Cup, which is what we came here to do, but the issue for us is that we picked up four injuries. Everyone’s sore and they’ve bashed themselves. The effort and resilience of these young boys has blown us away and the old guys are hanging in there – just.”

Projecx Waterboys beat eighth seeds Kir Club Pyrenees 17-5 and then provided the shock of the day with a 14-12 win over Biarritz Gavekal, who are attempting to win a third straight Cup title and are still in with a chance after progressing second in the pool.

However, Waterboys will have a target on their back after a perfect first day, with manager Bruce Douglas delighted with his charges including Scotland U20 scrumhalf Kaleem Barreto and Marr winger Scott Bickerstaff.

“The boys worked incredibly hard. I think the boys were a bit irritated to be seeded ninth, so they were keen to put a marker down and play well,” said 39-year-old Douglas, the former prop who won 43 caps for Scotland.

“The standard’s really high and the standard always goes up on day two, so we’re mindful of that and we’ll have to play better. Certainly, teams will not take us lightly. We will expect to do well, so we have to deliver on that.

“Kaleem’s played really well and it’s nice for him because he had a bad injury, missed a lot of rugby and only came back earlier this year. Now, he’s fresh so it’s great to see him playing well. If Scott gets the ball in some space, there’s not many who can catch him, and he’s strong as well. We’re in good shape.”

Second seeds Tradition YCAC, who reached the Cup final for the third time last year, topped Pool B ahead of seventh seeds A-Trade Overseas Old Boys, while three-time finalists Samurai International beat Mourant Fiji Army 29-5 to rack up their third straight win as both teams progressed to the Cup from Pool D.

Bay of Plenty boss Clayton McMillan is coaching Samurai at a tournament he won six times as a player. However, the Maori All Blacks coach is focused on keeping his players grounded, despite the fact that Samurai were arguably the most impressive of all 16 teams on day one, which they started by defeating Hunter and Boo East Africans 33-7 and USA’s Tiger Rugby 38-10.

“These tournaments are all about improving game by game and I think we did that. The standard’s high, so you can’t count your chickens too early. We’ve got to show the same sort of intensity and accuracy that we showed for most of our last game tomorrow,” said McMillan, whose squad includes many of his own Bay of Plenty players.

“We really won the physical battle in the last game, which was good today, but doesn’t count for much tomorrow. I’ve had a bit of history with all of the players in this squad, not just my current players, while others who have come in have done great. I’ve enjoyed a little bit of success here as a player, but that was a long time ago.”

A highlight of this year’s GFI HKFC 10s is the first Rugby Legends Tackle Cancer exhibition charity game at 3.50pm on Thursday, which will raise money for the tournament’s official charity, Hong Kong Cancer Fund. 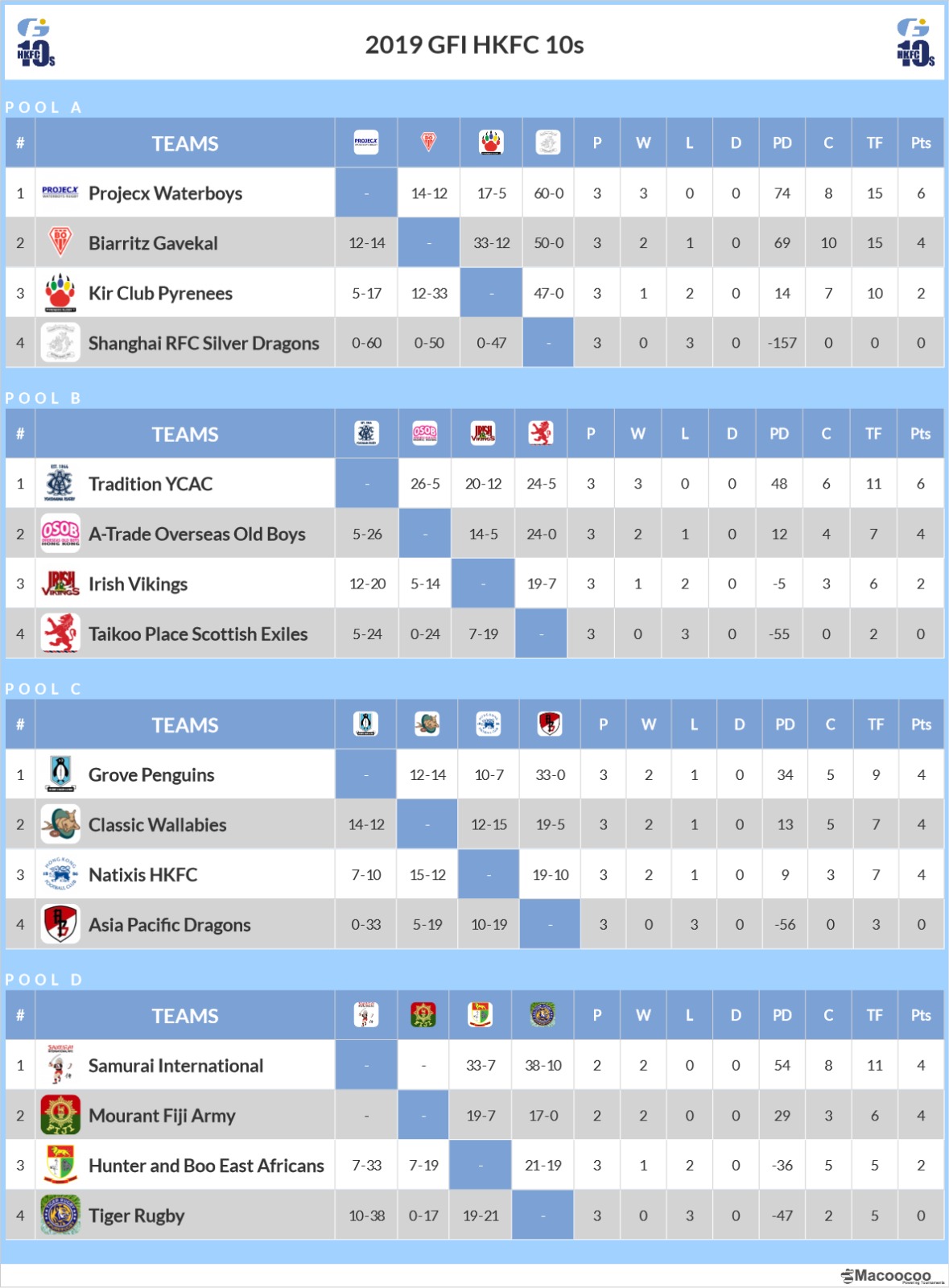 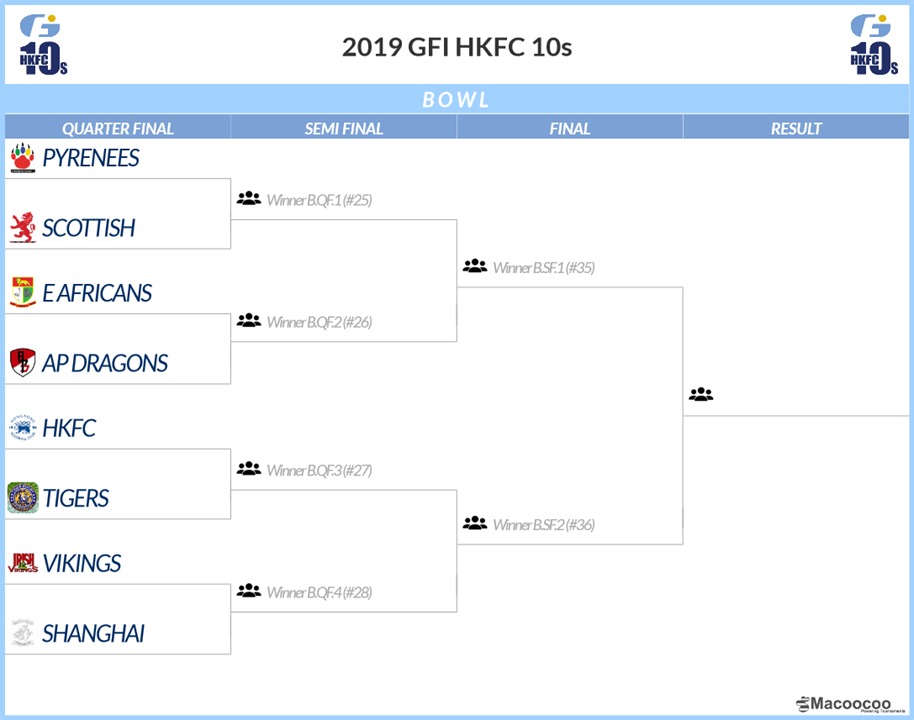 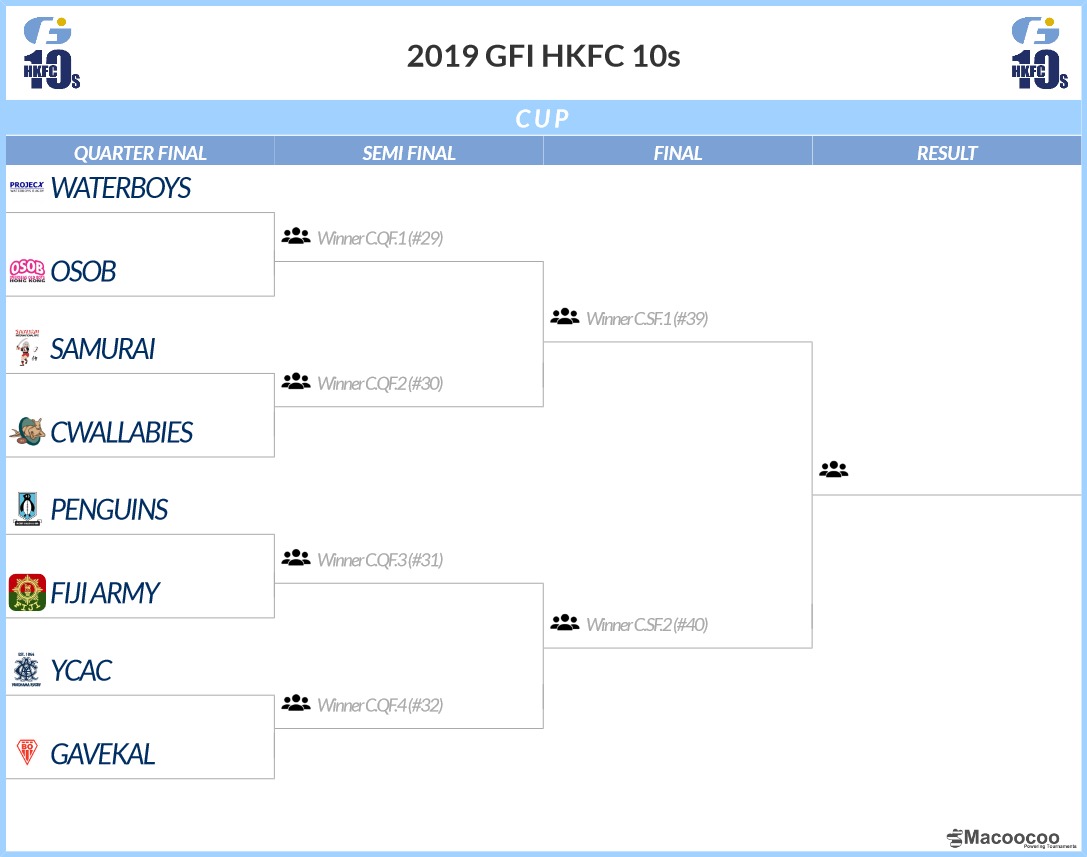 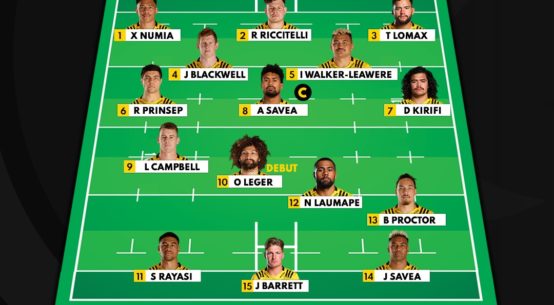 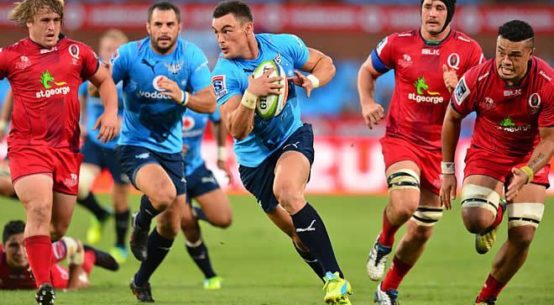