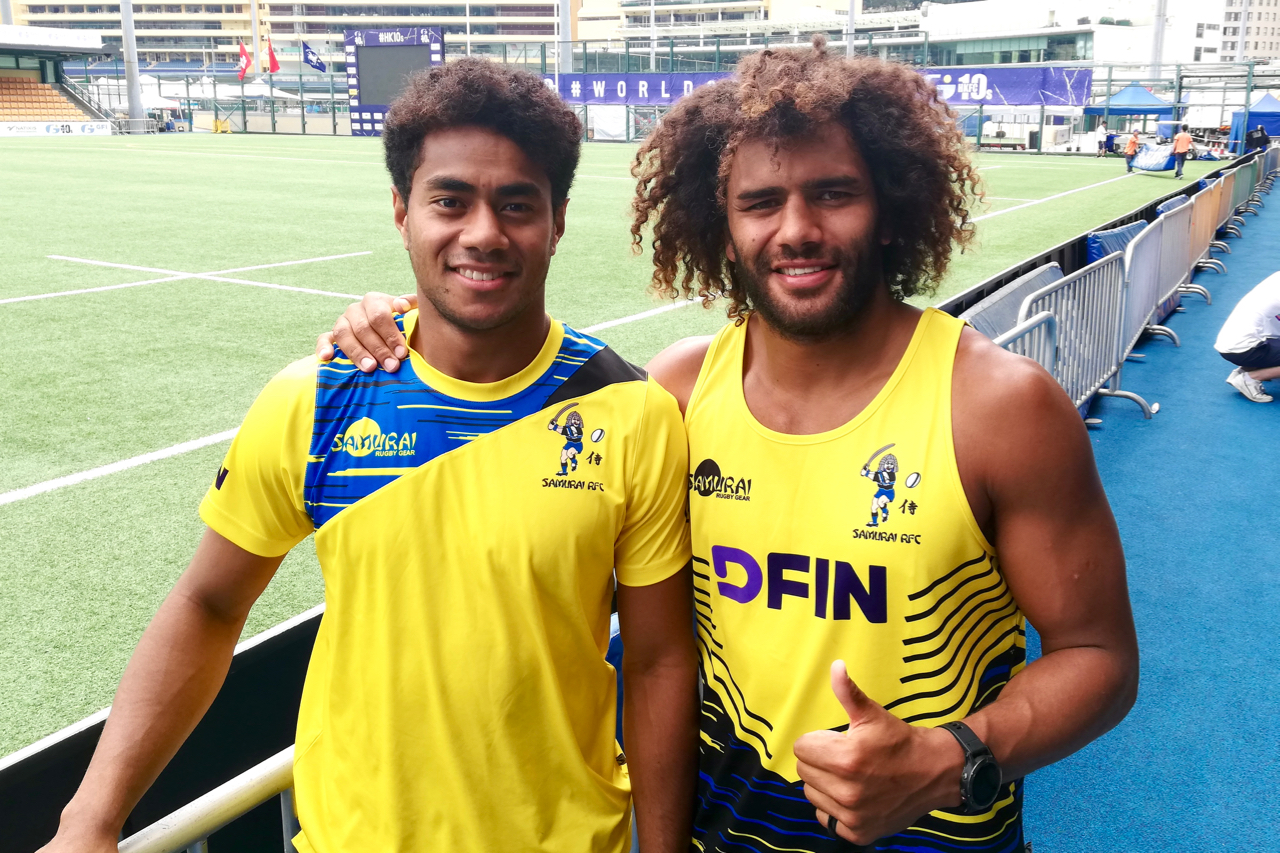 Tonga No. 8 Kapeli and 19-year-old wing Emoni Narawa are among players to watch in Clayton McMillan’s Samurai squad as the invitational team hope to make it 13th time lucky at the GFI HKFC 10s

Bay of Plenty boss Clayton McMillan is coaching Samurai at Hong Kong Football Club and has packed his squad with his Steamers players including the 6ft 3in Kapeli and “rapid” 19-year-old wing Emoni Narawa who made the final trial for the New Zealand U20 squad last month.

Although McMillan has played the GFI HKFC 10s before, all of his players are new to the competition, yet most have the advantage of being Bay of Plenty teammates.

Locks Aaron Carroll and Baden Wardlaw will co-captain the side, which Kapeli believes has a chance of helping Samurai lift the Cup at the 13th time of trying, having reached the final in 2010, 2013 and 2016.

“We’re definitely a tight-knit group as most of us have played with each other at Bay of Plenty so there are connections that are going to help. We know each other’s style, so hopefully it will all gel in the tournament. And the guys from outside Bay of Plenty are very handy,” said Kapeli, among the few non-Kiwis in the squad.

“The coach has played 10s before, so knows what to expect. It feels closer to 15s than sevens, but I hope there’s a bit more space than 15s so I’ll have the chance for a few runs, then we’ll leave it to the boys like Emoni to finish.”

A self-confessed “late bloomer”, Kapeli was called up last November by legendary Wallaby Toutai Kefu, who has coached Tonga since 2016. Kapeli made his test debut against French Barbarians as a substitute and then started No. 8 against Georgia, so harbours ambitions of playing at the World Cup in Japan later this year.

“I’d love to be involved with the World Cup squad, so I’m working as hard as I can,” said Kapeli. “I’m really enjoying my rugby and hopefully I can be there.”

Isake Katonibau captains Fiji Army – the tournament’s only newcomers – after helping Fiji win the last four Hong Kong Sevens and has selected a 15s-focused forward pack that he believes will be suited to the 10-a-side format.“It’s my first time playing 10s rugby so it’s going to be pretty exciting. Over the past few years, there have been a couple of teams from Fiji in the event and they haven’t done so well because they used many sevens players, so they had problems because 10s is more similar to 15s,” said Katonibau.

“It’s physically demanding and you need to win in the contact areas, so my analysis was that it’s better to bring players with a 15s background.”

A highlight of this year’s GFI HKFC 10s is the first Rugby Legends Tackle Cancer exhibition charity game at 3.50pm on Thursday, which will raise money for the tournament’s official charity, Hong Kong Cancer Fund.