The seventh round of the HSBC World Rugby Sevens Series will kick off on Friday in Hong Kong, with Fiji returning to the competition in search of their fourth consecutive tournament title.

The Pacific islanders will contest Pool A against New Zealand, Russia and Samoa with one of their strongest squads in recent events. Semi Kunatani and Isake Katonibau bolster their already experienced squad as head coach Gareth Baber is eyeing a double win at Hong Kong and the Commonwealth Games on the Gold Coast on April 13-15.

In Pool B, Kenya feature a number of key players such as Willy Ambaka, Collins Injera and Oscar Ouma. Fresh from their second place finish at the HSBC Canada Sevens in Vancouver last month, they will be aiming for another solid performance on the world series. Canada, Spain and Australia have also announced very competitive squads as the chase a win at the prestigious tournament.

Series leaders South Africa have opted for a younger squad in Hong Kong and will contest Pool C against a new look England side, talent-packed Scotland outfit and burgeoning South Korea team.

Pool D features three sides not in the Commonwealth Games, USA, Argentina and France who all have fielded full strength sides. USA lifted the Cup in Las Vegas last month and have more silverware on their radar in Hong Kong. Wales’ squad features the likes of Luke Treharne, Morgan Williams and Ethan Davies, so Pool D is set to be fiercely competitive.

The world series qualifier, which will provide a core team for 2019, is typically stocked full of talented sides from across the globe and is set to be as competitive as ever. 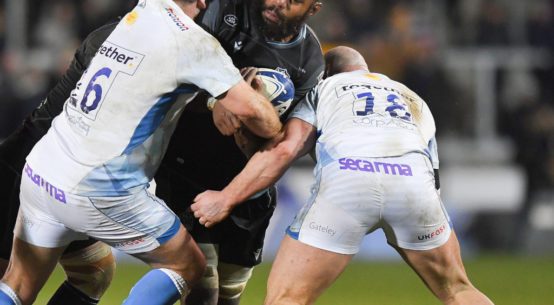