Hong Kong Men’s National XVs team faces the 2nd step on their Rugby World Cup journey this weekend, as they head to Rarotonga for the first leg of their clash with the Cook Islands.  The return leg will take place at HKFC at 4.30pm on Saturday 7th July, with the winner heading to the RWC Repechage in France in November.  Watch the action on LIVE stream on HKRU Facebook this Sunday, 1st July 9am (HKT).

The Hong Kong Men’s National Rugby team is set to start the second of three possible qualification phases for Rugby World Cup 2019 with a home and away series versus Cook Islands on Saturday 30 June (away) and Saturday 7 July (Hong Kong Football Club).

The winner of that series will advance to a four-team repechage event with the winner occupying the 20th spot at next year’s world championships, which will be held for the first time in Asia in Japan.

The stakes are admittedly high for national coach Leigh Jones: “Not to overplay it, but it’s probably one of the most important games in Hong Kong rugby history,” Jones said ahead of the team’s departure on Wednesday night.

Hong Kong’s undefeated run in the Asia Rugby Championship earlier this month marked a successful first step on the Road to 2019, but the second is shaping up to be more sizeable, starting with a 25-hour away trip to Raratonga, Cook Islands that includes a forced 10-hour stopover in Auckland.

“It’s an horrendous trip in many ways, but we are preparing well for it. The larger problem is the time. Cook Islands are 18 hours behind us, so it throws our body clock off significantly.

“You can go down early and acclimatize and get your body on Cook Islands time, but then you have to travel back to Hong Kong and play here seven days later, so there is a potential that we could be kind of undercooked on both ends in terms of our body clock.”

Hong Kong is taking a scientific approach to the travel with Luke Davey, Head of Performance at the HKRU’s Elite Rugby Programme, working closely with the strength and conditioning and medical teams to ensure the players are as acclimatized as possible.

“Luke and our team have been planning meticulously for this for awhile. We will do our best to stay on Hong Kong time to make the home leg adjustment much easier, which throws up a lot of logistical issues for us, but we have overcome many of them,” Jones added.

During the 10-hour stopover in Auckland the team will have a training session. The on-ground logistics in New Zealand have been greatly assisted by the Gallagher Chiefs, the Super Rugby franchise that Hong Kong has partnered with since 2015 to develop both clubs’ players and coaches to the next level.

“We must thank the Chiefs High Performance Manager Chris Tindall and Dave Galbraith, their Mental Skills and Leadership Coach, for their support. The Chiefs have been magnificent in arranging things on that end to make that 10 hours as palatable as possible,” Jones added.

“The travel is not ideal, but it is what it is. We have done a fair bit of research on what was the best way to manage this, and I think we will travel as well as anyone can travel.”

Adding to the challenge is the kick-off time, (3.00pm on Saturday local time), which effectively means playing a match at 9.00am Hong Kong time.

“We have changed our programme over the last three weeks. We have been getting up progressively earlier, so the guys were at Football Club at 7.00 am yesterday going flat out to ensure their bodies are okay and adjusted for what is effectively a 9.00am kick-off,” Jones noted.

Jones is pleased with the squad’s preparations so far.

“The players are ready to go. I am glad the game is this weekend, another week and the frustration may have started building, but the timing has been pretty good for us. We had a week to rest after the ARC and then two to three weeks to train and maintain intensity. We are in a good space.”

With some players under slight injury clouds and considering the lengthy travel, Jones has opted to be safe rather than sorry in taking 25 players in the travel squad with 23 set for the final selection.

“It is such a long trip and you never know on a long flight someone can pick up a bug, so it makes sense to take an extra back and forward.”

That includes former Under 20s star hooker Alexander Post, who was capped for Hong Kong in last year’s tour to Kenya. Post will add cover for Ben Roberts, who picked up a niggling rib injury against Korea in the final match of the Asian championship and may not come right for Saturday.

“We have some injuries, so this is the best squad we can assemble at the moment and they have trained really, really well. From day one of the programme we have focused on developing depth and that depth is really coming to the fore at the moment.

“We’ve probably got eight to 10 injuries, but the guys really stepped up during the ARC and proved that they’re of the quality we need. That speaks well for the programme and our approach.”

Cook Islands had a circuitous route of their own to reach this stage. They lost to Tahiti in the Oceania qualifier, but that result was later overturned after Tahiti were found to have fielded ineligible players. The turnover in teams has left Hong Kong in the dark somewhat about what they will face on Saturday.

“We are going into the unknown to a large extent,” admitted Jones.

“We’ve done our research on their players and they have some quality. Guys playing Top 14 in France, Mitre Cup in New Zealand, guys who’ve played against the British Lions in Super Rugby, so it will be challenging, particularly at forward, but we are very aware of how tough it’s going to be.

“It’s cup rugby and we’re away from home, so we need to be smart, our discipline needs to be really good, our set piece needs to function, and we need to be playing in the right areas.

“The series will be decided on aggregate points across the two games, so we need to be really smart in how we manage the game and manage the crowd on Saturday,” Jones emphasized.

Cook Islands are ranked 54th in the world, 33 spots behind Hong Kong at 21, as the hometown heroes inch closer to cracking the top 20 for the first time in HKRU history. 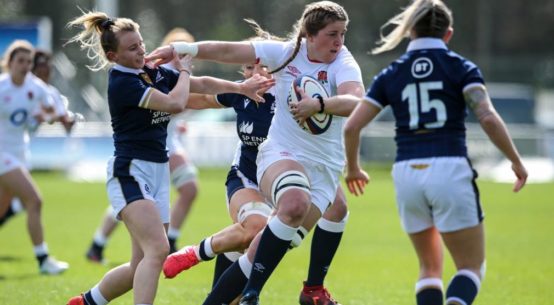