All Blacks Sevens Coach Clark Laidlaw has named a 13-strong squad for the first tournament of 2018, the HSBC Sydney Sevens, to be held next weekend.

The squad’s only debutant, 18-year-old Caleb Clarke, son of former All Black Eroni Clarke, has been named, while Luke Masirewa returns to the national team after last appearing in 2013.

Laidlaw said the squad returned from the summer break in fantastic condition.

“We had 15 out of 17 players record Personal Bests in the fitness testing which seems ridiculous after a few weeks away. But the break was good because we’d had a lot happening since we centralised, so the players time away and they have returned really refreshed.”

The only changes from the Cape Town tournament see Clarke and Masirewa replace the injured Trael Joass and Dylan Collier.

“It’s an opportunity for these players and it is the start of us building depth in our squad. We are happy with the group of players we have got so giving them time out on the field is important,” said Laidlaw.

Clarke joins the All Blacks Sevens environment from Investec Super Rugby pre-season training with the Blues.

“We’ve worked closely with the Blues to have Caleb released to train with us and he is part of our plan to build depth heading into the Commonwealth Games. He’s a big, powerful winger and we are really excited about unleashing him.”

Masirewa joined the squad on Monday after an impressive National Sevens campaign with Bay of Plenty. Laidlaw said it has been a long-term plan getting Masirewa back in the back jersey.

“We’re excited about having Luke back in our environment, he’s been working hard for the past year and has ticked all the boxes we have asked of him. He’s a real point of difference; Luke is an aerial forward that can break the game open.”

The All Blacks Sevens currently sit atop the HSBC Series standings but Laidlaw said there is plenty of room for improvement.

“There were fine lines in the last two tournaments and we could have easily been tipped out and any stage so we are working at getting better in all areas, both on and off the field.”

A tough pool sees the All Blacks Sevens come up against Russia, Samoa and Fiji. 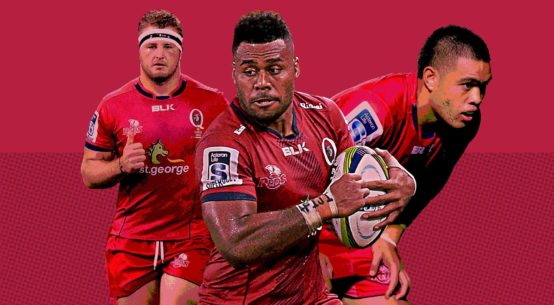