World Rugby’s 2018/19 Sevens Series continues in Hong Kong on 5, 6 and 7 April and there’s plenty of excitement ahead of this year’s tournament. 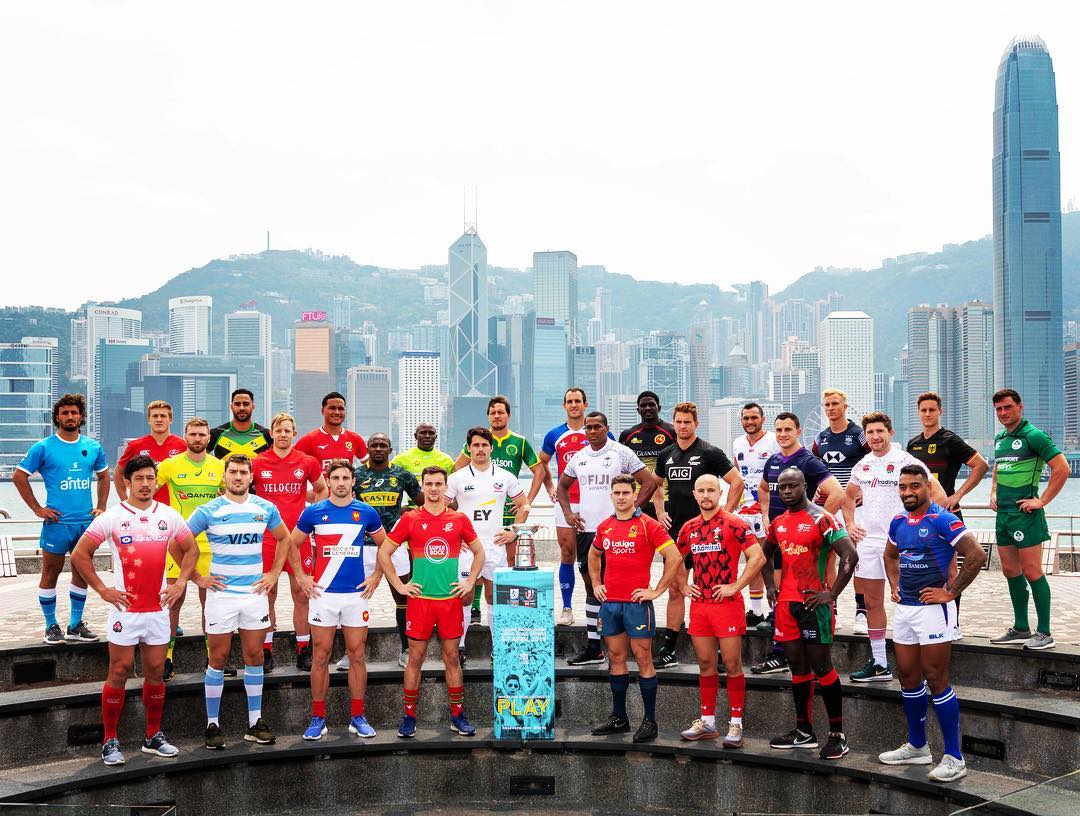 A total of 28 captains gathered in front of Hong Kong’s iconic harbour skyscrapers ahead of the main tournament and the World Rugby Sevens Series Qualifier events.

Hong Kong is the seventh round of the 2018/2019 World Rugby Sevens Series and the captains representing the 16 teams competing in the series event can look forward to performing in front of another sell-out crowd filling the Hong Kong Stadium throughout three days of thrilling rugby sevens action.

The 2019 series carries special significance as the top four teams will qualify directly for the Tokyo 2020 Olympic Games, and with just 33 points separating the top five teams it is all to play for in the remaining four rounds of the series.

Pool C is a mouth-watering prospect with New Zealand and Fiji, who sit second and third in the standings respectively, drawn alongside Australia and last year’s Hong Kong finalists Kenya.

The final pool will see series leaders USA tackle England, Wales and Spain, the latter having created history in Vancouver with their first ever victory over the All Blacks Sevens.

The series action gets under way when Samoa and Scotland take the field at 17:42 local time (GMT+8) on Friday. 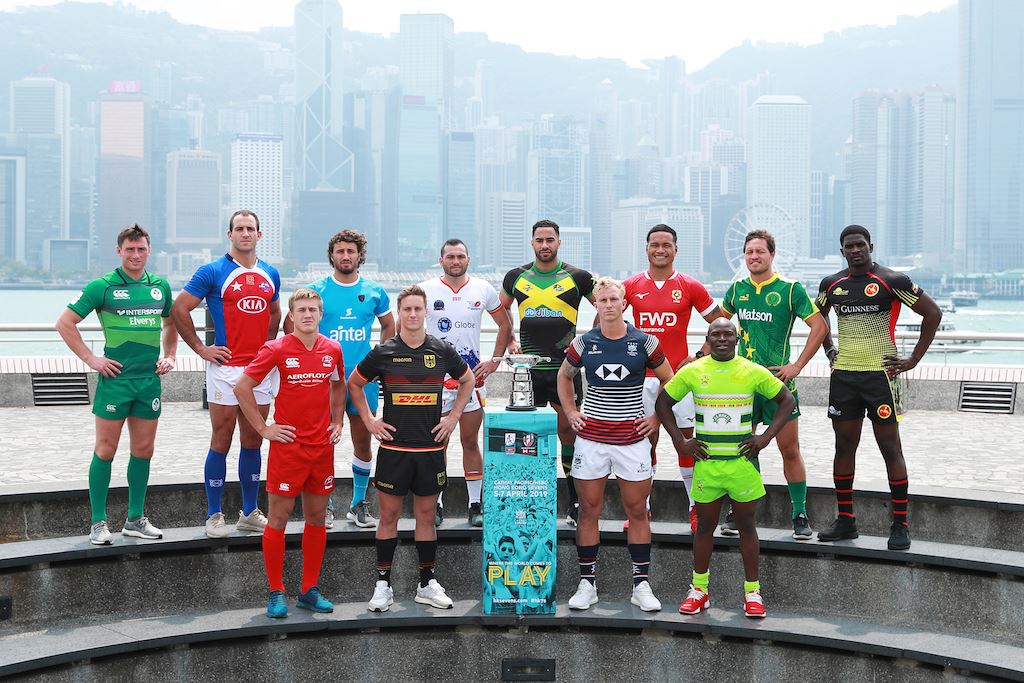 Pool E of the men’s qualifier includes hosts Hong Kong, the Philippines, Zimbabwe and Tonga, the latter two having featured on the 2019 series as invitational sides in Dubai and Cape Town and Hamilton and Sydney respectively.

Germany, who have suffered heartbreak in the final of the last two qualifiers, will be hoping it is third time lucky in 2019 and are named in Pool G alongside Uganda, the Cook Islands and Chile, the invitational team in Las Vegas and Vancouver last month.

Speaking at the captains’ launch USA captain Madison Hughes said: “It’s been a good run with four cup finals to kick off the year, getting the win in Vegas and making the semi-final in Vancouver and that’s the key for us in targeting the top four.

“Here we are sitting in first place. There is a little bit of dreaming but we’re taking it one tournament at a time. We have got a tough pool and we are not taking anything for granted but we are excited and ready to get going here in Hong Kong.”

“You certainly notice an increased intensity with the teams really going for it at the top. We’ve also seen a lot of upsets this year and that shows the quality is growing with increased funding across the teams.”

Ireland captain Billy Dardis reflected on the disappointment of missing out on series qualification last year: “I think last year we overestimated ourselves and so this year we are fully focused on the task and are not going to underestimate anyone.

“Last year was tough but we’ve learnt from that and hopefully we can take that experience forward into this weekend.” 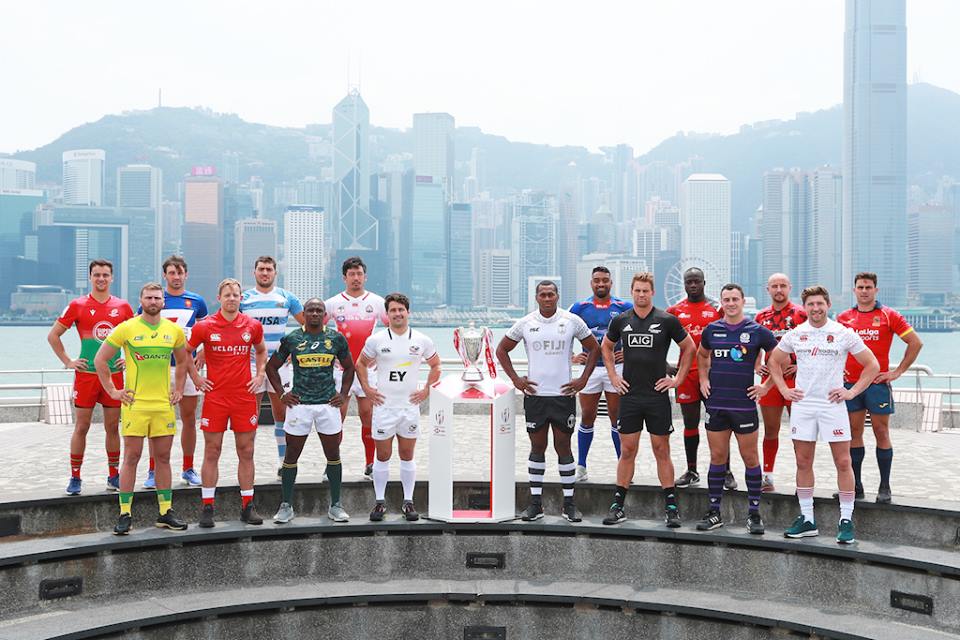 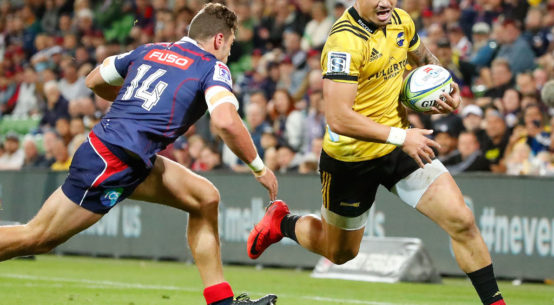 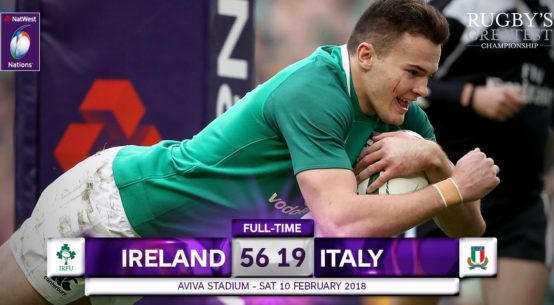