An emphatic 31-5 victory over Romania in Bucharest has lifted the USA to their highest ever World Rugby Ranking of 13th, continuing a tremendous year for the Eagles which has seen them win all nine tests in 2018.

The reward for winning by such a big margin was 1.34 rating points and, with an overall total of 73.66 points, they are now above both Georgia and Italy, even though the Lelos also won.

Next up? The small matter of Ireland at the Aviva Stadium. 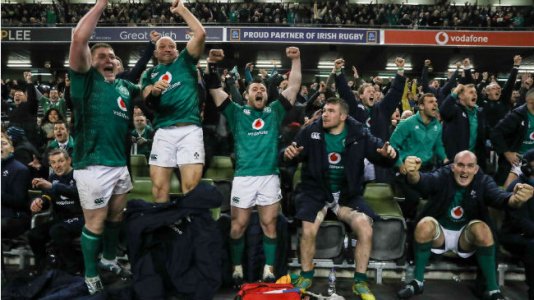 While still ranked number two, all of Ireland will feel on top of the world after a superb 16-9 win over the All Blacks.

A heroic defensive display from the men in green kept New Zealand tryless for the first time since the second Lions test in 2017 and earned Ireland a first home win over the world champions, in addition to 1.05 points.

Ireland’s total now stands at 91.17 points – only 1.37 points behind the All Blacks, who celebrated an unbroken nine-year reign as the world’s highest ranked team last Friday.

Like the USA, third-place Wales are on a roll. A record 74-24, 10-try victory over Tonga sets up the prospect of a historic November clean sweep and extended the team’s winning run to eight matches – their best for 12 years.

Wales did not get any reward from a rankings perspective for beating lower-ranked opponents and the same is true of England, who were in danger of losing to Japan until pulling away in the final quarter to win 35-15.

Australia’s 26-7 win over Italy in Padova has seen the Wallabies move up to sixth place, above Scotland, who suffered a 26-20 home defeat to South Africa. The Springboks remain in fifth place but are now just 0.42 of a point behind England.

In Lille, Teddy Thomas’ two tries helped France to a 28-13 win over Argentina with both sides remaining unmoved in the rankings, in eighth and ninth place respectively.

Eroni Sau scored a hat-trick of tries on debut as Fiji bounced back from their heavy defeat to Scotland with a 68-7 win against Uruguay, their Pool D opponents at RWC 2019. Neither teams ranking was affected by the result.

Romania’s defeat to the USA saw them drop a place, like Italy and Georgia, with Samoa the side to profit despite their 27-19 loss to the Lelos – a match that got away from them after leading with 13 minutes to go.

Spain are safe in 20th place thanks to a 34-13 home win over Namibia. The Welwitschias have now lost both their November tour games, having suffered a 47-20 defeat the previous week, and currently find themselves down in 23rd place.

Outside of the top 20, Hong Kong enjoyed a two-place rise to 22nd after keeping their RWC 2019 qualification hopes alive with a 42-17 win over Kenya in the second round of the repechage in Marseille. Canada, the favourites for qualification, defeated Germany 29-10 in the other game to solidify their position in 21st. Germany drop two to 28 and Kenya fall one to 30th.

Elsewhere, there were wins for the Netherlands and Switzerland in the Rugby Europe Trophy with both results accompanied by an improved ranking position.

Poland away looked a difficult assignment on paper for the Dutch as they were coming up against a side that had won both of their opening matches. However, the Dutch cruised to a 49-0 win, their sixth biggest win of all-time, to climb two places to 26th.

A fourth-minute try from winger Sylvain Hirsch and four penalties from the boot of Simon Perrod saw Switzerland to a 17-5 home win over Czechia, a result that lifts them up to 31st place. Czechia drop to 37th with Colombia the beneficiaries. 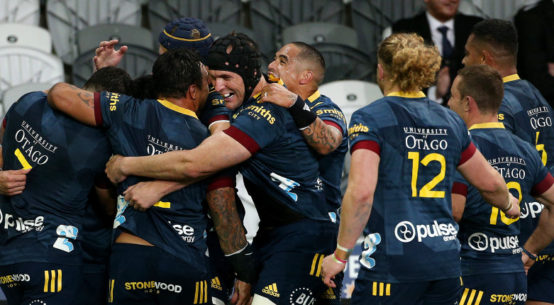 WESTERN FORCE TO FACE THE WORLD