Skip to content
You are here
Home > International Rugby > Up for the Cup, 1919…

A century ago: January 1919 and with the Versailles negotiations to formally end WW1 still ongoing, five Services sides from amongst the victorious Allies’ ranks were being prepared for what became The King’s Cup: Rugby’s First ‘World Cup’…

On January 13th, 1919, at a general meeting of the Army RU, held at the Library of the Horse Guards in Whitehall, London, and presided over by Colonel C G Liddell, CMG, DSO, it was decided that a Rugby Tournament should be played in March and April between the services of New Zealand, South Africa, Australia, Canada, the newly-formed Royal Air Force and the ‘Mother Country’.

In reality, Mother Country (also sometimes labelled the Home Countries) was the British Army; Canada was the Canadian Expeditionary Force; New Zealand was the New Zealand Army; South Africa was the South African Forces and Australia was the Australian Imperial Forces.  The Royal Navy felt unable to raise a fully-representative XV.  Rugby League players in the Army, RAF and Royal Navy were allowed to take part in Union games until the end of the season.

Note that it was not named the King’s Cup at this stage: the competition was initially called The Imperial Services Tournament.  No caps were to be awarded in the fifteen matches to be played, after which the winners would play against France in a challenge match.  Two points were to be awarded for a win and one for a draw, though in the event there were no drawn matches.  (The round-robin format of this ‘proto-World Cup’ meant that a play-off was eventually necessary, both New Zealand and the Mother Country winning four and losing one of their five matches).

Canada, less steeped in rugby tradition and touring history than the other Dominions, was likely to find the tournament a real challenge, while one of the other competitors was to be a youthful organization indeed – not yet twelve months old.

On April 1st, 1918, The Royal Air Force had been formed from an amalgamation of the Royal Naval Air Service and the Royal Flying Corps, and according to The Times, the RAF Rugby Union was only formed a day after the tournament was formulated.

It reported that on January 14th, 1919, the RAFRU was formed with Major-General Sir M C Paine as President, Lieutenant-Colonel Alfred Drummond Warrington-Morris CB, CMG, OBE (3 caps for England in 1909) as Vice-President and Captain W H Greer as Secretary.

Whether this was intended to be merely a temporary arrangement is unclear, but John Mace in his History of Royal Air Force Rugby dates the establishment of the RAFRU from a year later, at the meeting of January 15th, 1920.  William Wavell ‘Wakers’ Wakefield was to be both Secretary and Captain, and later lead Cambridge and England, while ‘WM’ (Warrington-Morris) was still on the Committee at his passing, 42 years later.

New the organisation might be, but amongst the potential players for the ‘Junior’ Service were experienced and talented performers, of whom ‘Wakers’ would soon be pre-eminent: and that sort of quality would be crucial to the credibility and the lasting legacy of this first ‘world gathering’ of rugby talent.

Significantly, a report in the Taranaki Daily News of February 1919 helps underline two important points: the varied and often less-than-sparkling nature of some of the sides billed as ‘All Blacks’ in the UK during and just after the war, and by contrast the top quality and major importance of the New Zealand side (and several others) which would be playing in what became the King’s Cup proper.  To quote that NZ daily:

….‘People who have read brief, unsatisfactory cabled reports of matches between “All Blacks” and English and Welsh teams may have an impression that merely “scratch sides” have represented New Zealand.  A Welsh paper remarked before the match at Swansea on Boxing Day: “The mistake should not be made of thinking that this is just one of the ordinary All Black teams which so frequently play second-rate clubs in the Principality, for such an idea would be entirely erroneous.  The side coming to Swansea is being carefully chosen from many thousands of available men in France, and will play a series of games in France so as to get used to one another’s methods.  The Colonials make no secret of the fact that their team will, without a shadow of doubt, be one of the most formidable sides which has ever toured.  The players are being specially reserved for international matches only, and will not arrange any fixtures, unless against representative, national fifteens”.  The plain truth is that this touring team is under the management of the N.Z.E.F. Sport Control Board, of which the secretary is Regimental Staff-Sergeant M.P. Naughton, of Wellington.  In a letter to a relative in Wellington, Sgt. Naughton states: “On an average I send and receive about fifty telegrams a day, and have special reporters from all the London papers waiting on me daily.  The papers over here call us wonderful people, and one paper had myself as the ‘secretary on wires.’  We are playing All Wales at Swansea on Boxing Day (you will see the report of it in the cables) and also at Cardiff on New Year’s Day.  They expect 60,000 people present, and the whole show is to be kinematographed; so you will see it all later on. Then we play the Midland Counties at Leicester, and later play in Glasgow and Edinburgh, and after that at Dublin and Cork.  Then we go over and play one match in Paris and one on the Rhine.  Then follows one in Rome.  After coming home we play Devon at Devonport, All Wales again on Easter Monday at Swansea, and finally wind up by playing the biggest game in the history of Rugby against an All British team, composed of all internationals from England, Scotland, Wales, and Ireland, for which I have to arrange guarantees to the extent of close on £1250.  I have also to arrange Association football, hockey, boxing, and cross-country matches for the whole New Zealand Expeditionary Force; and every month I have to make a report to the War Office, London”….’

The chronology of the matches was to change a little, but the scale of the plan was certainly adhered to – plus a tour of South Africa on the way home!  Clearly, this New Zealand side was to be, in effect, ‘the real thing’: as that Taranaki report’s heading stressed, “All Blacks Again!”  Every effort was made to ensure that outcome, as the returnees from France joined those who had been training or convalescing in Britain in trials and warm-up games prior to selection for the tournament.

One such was on January 18th, as the New Zealand ‘UK XV’ took on the NZ Divisional Trench team (from France), losing a close thing 5-3 at Richmond.  Used as a trial, the Trench team won it after wing ‘Jockey’ Ford cantered away from halfway, was tackled but found Belliss up in support to score, Stohr converting.  The ‘UK’ team hit back as ‘Ranji’ Wilson was put clear for a try but Sellars hit a post with his conversion attempt.

In February both South Africa and The Army held trials at Queen’s Club and Richmond, while Australia did so at Norbury, Chiswick and Gloucester.  Meanwhile, after trials, the RAF took 25 players on a trip intending to play in Lille, Liege, Maubeuge, Cologne and Namur.

The party included as skipper winger Godfrey Maynard Wrentmore, a tourist with South Africa to GB in 1912 and the said W W (later Lord) Wakefield (England, 31 caps 1920-27).  No games were played, though, due to frost and the players suffered poor conditions and accommodation (and much influenza) in a somewhat rash expedition which did not meet with much approval from ‘Wakers’.

So it was not until February 26th, 1919 that the RAF side played their first-ever game, losing 10-0 to the Royal Navy Depot, Devonport at Richmond. George Thom and Robert Simpson, later to be Scotland internationals, Wakefield, England’s leader-in-waiting and the Wigan Rugby League full back Billy Seddon all played, but in a ‘combative’ encounter Seddon received a kick to his head and followed the already-injured Thom from the field.  One of the Naval forwards, Woods, was sent off.

The South African trials in England included 22-year-old forward Frank W Mellish, who was to win six caps with South Africa (1921-24).  It is noteworthy, but far from unique in those times that he had first gained six caps for England (1920-21).  In keeping with those anomalies, it was also decided in February that South African players in the RAF could play for either the RAF or the South African Services as they wished. Several did in fact opt for the RAF.

Mellish, a colonel with the South African Heavy Artillery, was awarded the Military Cross in 1916.  He fought in the South African Armoured Division in the Second World War and later managed the 1951-52 South African team to GB and France.  South Africa were also reinforced when the great forward, William Henry (‘Boy’) Morkel, a captain in WW1 who won nine caps between 1910-21, joined them.

The Richmond Athletic Ground was seeing plenty of action as the tournament’s opening loomed. On February 20th New Zealand showed their paces in a 26-5 defeat of South Africa, two days after which the South African (UK) Services drew 6-all with the South African Trench team there.  Four days on, given their full titles, those NZ Services beat the Australian Imperial Services 9-0 on those well used and picturesque south-west London acres.

The Australians had just beaten Leicester 8-6 at Welford Road, Wales’ international centre Willie Watts making his Leicester debut, and on the day of the first King’s Cup match, March 1st, while the RAF and New Zealand were having their St David’s Day clash at Swansea, the final Australian trial saw their Firsts down their Seconds 33-14 at Chiswick.

The Canadians, somewhat predictably, were finding it harder going.  High scores were not the order of the day in the rugby of the time, so a 12-0 Chiswick defeat at the hands of New Zealand’s Reserve XV on February 19th was not too promising.

They then lost 8-3 to St Bartholomew’s Hospital at Wichmore Hill on February 22nd, and there was a bitter pill indeed to swallow in Newport on March 1st.  The rampant Pill Harriers ‘Invincibles’ beat them 43-0: a pretty ‘leeky’ defence on St David’s Day in the Principality!

On the same day the South Africans fine-tuned with a 14-3 win at Oxford University, who were themselves edged out 3-0 at home to the RAF four days later.  The students must have found travelling harder: when they went to Sandhurst a fortnight later and were swamped 48-0 by the Mother Country, the Army side had to loan Oxford five players.

With King George V, a regular visitor to Twickenham, putting his name, support and eventual trophy to the competition, the preparations, successful or less-so, were close to complete: though several sides remained keen to get in regular match practice between the big tournament games, and also turned out reserve teams when possible to provide action for the squads – which were added to as players became available, and as the tournament proper loomed.

About the Authors – Much of the above is taken from ‘The King’s Cup 1919: Rugby’s First ‘World Cup’, by Howard Evans & Phil Atkinson, published in December 2015 by St David’s Press and available from them, Amazon and other online outlets.  Howard is a respected rugby writer, who was for many years a rugby correspondent for the South Wales Echo and the Western Mail;  Phil is a retired headmaster and history teacher, President of Rhymney RFC and Editor of the Rugby Memorabilia Society’s magazine, ‘Touchlines’. 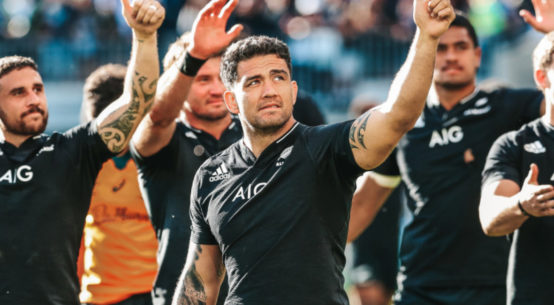