England made a brilliant start to their 2019 Six Nations campaign courtesy of a 32-20 bonus-point win over defending champions Ireland in Dublin on Saturday.

As expected, this was a spellbinding and uncompromising encounter characterised by great physicality from both sides.

The collisions were brutal but, in the end, England got the rub of the green and outscored their hosts by four tries to two with Henry Slade leading the way with a deserved brace.

The result is a significant one for England as it is their first triumph over Ireland in Dublin since 2013 and ends a six-match winning run for Ireland in the Six Nations which stretches back to March 2017.

England made a terrific start and two minutes into the match Jonny May rounded off superbly in the left-hand corner. This, after Manu Tuilagi played a prominent role in the build-up with two strong carries before the ball was recycled quickly and Owen Farrell delivered an inch-perfect long pass to Elliot Daly, who did well to offload to May before he dotted down.

Farrell held his nerve to slot the conversion from close to the touchline but Ireland reduced the deficit in the 11th minute courtesy of a Johnny Sexton penalty after a Kyle Sinckler infringement at a ruck.

One minute later, England suffered a setback when they were reduced to 14 men – Tom Curry sent to the sin-bin for a late tackle on Keith Earls. And although Ireland held the upper-hand during Curry’s stint on the sidelines, England’s defence held firm and they did well to prevent the home side from scoring points during that period.

But despite that, Ireland did not panic and shortly after Curry returned to the fray Cian Healy spotted a gap at a ruck and barged over from close quarters to register his side’s first try.

Sexton’s conversion gave them a 10-7 lead but that did not last long as three minutes later, an error from Jacob Stockdale was pounced on by Daly, who scored England’s second try.

Stockdale did well initially, when he fielded a grubber kick from Daly close to his try-line, but he lost possession after Jack Nowell put pressure on him with a solid tackle. The ball spilled over backwards behind Ireland’s tryline and Daly was first to react by diving on the ball.

Farrell added the extras which gave the visitors a 14-10 lead and he slotted a penalty just before half-time when Ireland strayed offside in the build-up to a disallowed try from Mako Vunipola.

The ruthless nature of this match continued in the second half, although both sides were initially more measured in their approach. And we had to wait until the 55th minute for the opening points of the half which came via a Sexton penalty after an illegal tackle from Sinckler.

On the hour-mark, Farrell had a chance to restore his side’s seven-point lead – after Sexton played the ball on the ground – but his effort was wide of the mark.

That did not prove costly, however, as five minutes later May found himself in space down the left-hand touchline inside Ireland’s half before booting the ball ahead. He was taken out after his kick but Henry Slade gave chase and outsprinted the cover defence before diving on the ball behind Ireland’s tryline.

That score meant Ireland were under the cosh and in an effort to get back into the game they committed numerous unforced errors.

Farrell added another penalty in the 70th minute which gave his side a 25-13 lead before Slade intercepted a pass from Sexton, deep inside Ireland’s half, and scored his second and his side’s fourth try.

That sealed the result, although Ireland did not surrender, and just before full-time John Cooney crossed for a consolation try. 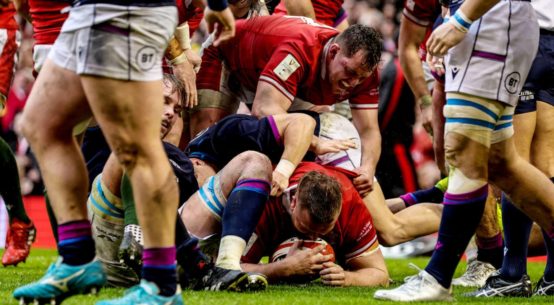 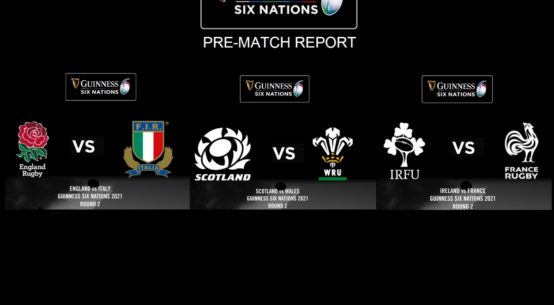