Blair Kinghorn scored a hat-trick as Scotland opened their Six Nations campaign with a comfortable 33-20 triumph over Italy at Murrayfield.

Gregor Townsend’s men created a number of chances in the first-half but could only convert two of them as Kinghorn crossed the whitewash twice.

Tommaso Allan had given the Azzurri the lead but that was as good as it got for the visitors in the first three quarters of the encounter. They were outplayed and the Scots secured the bonus-point through Stuart Hogg and his back three partner, who went over for his third.

It seemed a case of how many the hosts would score but they could only add one more before the end of the game when Chris Harris touched down.

Instead, Italy actually finished the stronger and were rewarded through scores from Guglielmo Palazzani, Edoardo Padovani and Angelo Esposito, but they succumbed to their 11th successive Six Nations defeat under Conor O’Shea.

Given the respective form of the sides in 2018, it was no surprise to see the hosts dominate the majority of the contest. Although Allan opened the scoring from the tee following some loose play from Townsend’s outfit, the home side deservedly touched down for the first try soon after.

Kinghorn had already displayed his quality by scything through the opposition rearguard before the Azzurri gave him too much space on the left. Finn Russell duly found him with a delightful cross-field kick and last season’s third place finishers had a 5-3 advantage.

It was awful defence from the Italians and their head coach was no doubt frustrated when Scotland – and their left wing – crossed the whitewash once again.

O’Shea has looked to bring more of an attacking game to the country but, when they attempted to run the ball out from their own line, the visitors duly knocked on. From the resultant scrum seven metres out, Scotland made no mistake as Hogg off-loaded for the Edinburgh player to score.

Greig Laidlaw’s conversion made sure they had a nine-point buffer at the break and Townsend’s men continued to control matters against a poor Italy side, touching down for the third time early in the second period.

Laidlaw and Russell were dictating proceedings well from half-back and it was the latter who created their next try when his grubber through was finished by Hogg. It was slightly controversial as there was more than a hint of a knock-on but it probably did not matter anyway with the hosts well in control.

That was proven by Kinghorn’s hat-trick effort after the wing scampered through some weak tackling to seal the bonus-point.

Harris then touched down in the move of the match, which saw excellent contributions from Hogg, Russell and Josh Strauss, but Italy responded well in the final 15 minutes.

The game was already lost but they pressurised the opposition line and, as a result, Simon Berghan was yellow carded.

With the prop off the field, the Azzurri remarkably scored three times as Palazzani, Padovani and Esposito all went over, but the contest had already been lost by then.

Townsend will be frustrated by his side’s performance in the final quarter but it was a solid start to the tournament by Scotland. 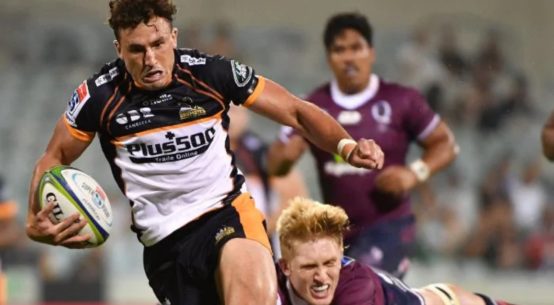 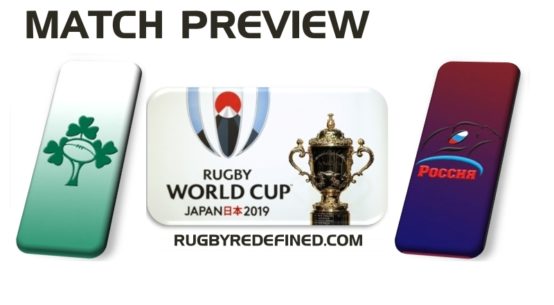