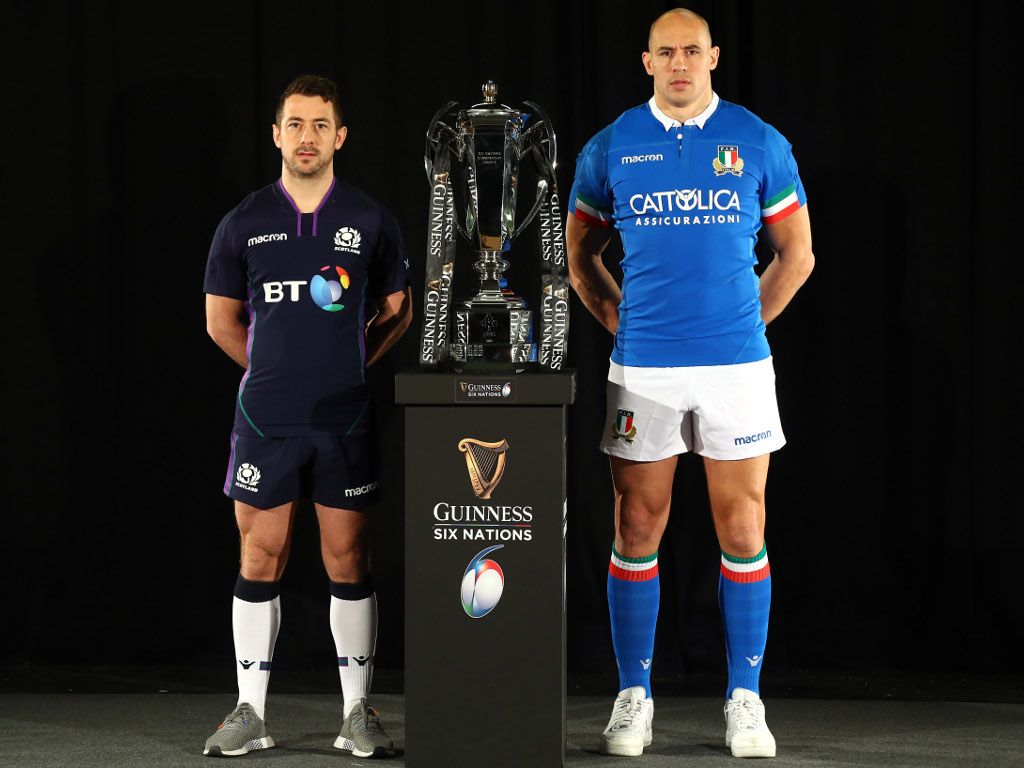 Scotland will hope to hit the ground running when they get their 2019 Six Nations campaign underway against Italy at Murrayfield on Saturday.

That will be easier said than done as Italy will also be determined to make a positive start to the competition. But, if truth be told, the home side should prove too strong for the Azzurri, who last won at Murrayfield in 2015.

That was also the last time Italy beat Scotland in all Tests between these countries. The Scots have won 21 of their 29 previous international meetings, with the Azzurri winning the other eight matches.

The Scots have been in superb form at Murrayfield in the Six Nations in recent years as they have won their last six matches at the venue – their last loss there was on February 6, 2016 when they suffered a 15-9 defeat to England.

Meanwhile, Italy are yearning for Six Nations success as they are currently on a 17-match losing streak in the competition which stretches back to 2015.

Head coach Conor O’Shea will be desperate for victory as he was involved in 10 of those matches since being in charge of the team for his first Six Nations game in 2017.

O’Shea will be feeling the heat as he prepares for this match as his overall record as Azzurri boss is little better than his Six Nations one. Italy have only won two of their last 13 games and just six of the 28 matches since O’Shea replaced Jacques Brunel as Italy coach during the 2016 June Tests.

However, they came agonisingly close to ending their winless Six Nations run when they faced Scotland in the corresponding fixture in Rome last year. The Azzurri were on course for a memorable triumph until a 79th minute penalty from Greig Laidlaw secured the Scots a narrow 29-27 victory.

That result and the impressive performances from Italian outfit Benetton in the PRO14 gives Scotland head coach Gregor Townsend cause for concern ahead of this weekend’s clash.

“Italy have made life tough for Scotland in every Test match we’ve played,” he said.

“I remember that as a player, as a supporter and as a coach – and they were better than us in most of last season’s contest in Rome. They played with pace, were physical and we had to play really, really well in the final quarter to win.

“That performance and also the recent displays of Benetton Treviso are sharp reminders for our players that this will be a difficult fixture.

“Our challenge is to win the physical battle, which is a strength of Italian rugby. We will also have to bring energy and accuracy in order to get our campaign off to a winning start.”

For Scotland: Although they possess plenty of attacking threats – especially in their back-line – keep an eye on inside centre Sam Johnson, who is making his Test bow. Australian-born, Johnson was named in Scotland’s squad for the 2018 November internationals but a knee injury put his debut in the Test arena on hold. The Glasgow Warriors man is a good distributor, who is solid in defence and also dangerous on attack. If he manages to get over the inevitable nerves, he is sure to make up for lost time by making a big impact in this match.

For Italy: He’s 35 years old now but Sergio Parisse is still one of the first names on the Azzurri teamsheet and one of the undoubted stars of the tournament. Parisse will be chomping at the bit as he returns to the Test arena after missing last year’s November internationals. This fixture is a special one for the Stade Francais stalwart as he will make a record 66th Six Nations appearance – one more than former Ireland centre Brian O’Driscoll. Despite being in the twighlight of his career, Parisse is still one of the world’s best number eights and his skill-set is amongst the best in the business. The match will also be a personal highlight for Azzurri hooker Leonardo Ghiraldini, who is set to make his 100th Test appearance.

Head-to-head: The battle between the two fly-halves is an important one and Scotland’s Finn Russell and Tommaso Allan of Italy are two of the game’s most exciting number 10s. Both are brilliant on attack and have the ability to change the course of a match with a moment of magic. As their respective sides’ main playmakers, they will be expected to provide attacking direction while their game-management will also be crucial and whoever comes out on top in the latter department will in all likelihood also finish on the winning side.