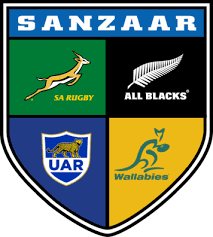 2018 has been a year to further assess and expose the complexity of World Rugby’s player eligibility laws. Belgium, Romania, Spain, and Tahiti were all disqualified from RWC 2019 for fielding players who were either (a) unknowingly captured by another as was the case regarding Romania and Spain, or (b) genuinely not eligible to begin with in the cases of Belgium and Tahiti.

It took a controversial refereeing appointment from Rugby Europe of Romanian Vlad Iordachescu to begin what was a long, and revealing saga involving inconsistency from World Rugby and incompetence.

Ultimately Russia replaced Romania despite the Oaks having qualified for RWC 2019. Romania had had their team photo taken with the qualified banner for Japan 2019 and were confirmed as facing Japan in the tournament opener.

Investigations into the appointment and performance of Iordachescu changed everything. Center Sione Faka’osilea was confirmed as being captured by Tonga, making him never eligible for Romania.

Due to their respective involvement with France u21 and u20 vs Wales u20 Spanish players Mathieu Bélie and Bastien Fuster were deemed to be captured by France. The outcome saw Los Leones being disqualified from RWC qualifying with Germany becoming Europe 2. Germany are instead now to play against Canada, Hong Kong, and Africa 2 in November’s Repechage tournament in France.

The complexity of World Rugby Regulation 8 saw Belie and Fuster captured by playing for one ‘next of XV’ against another. Officially this constitutes cheating. Had they not played against Wales u20 they would never have been captured under World Rugby eligibility laws.

The process was concluded by World Rugby on June 6, 2018. Three days later was the start of the official International Window. The annual June Internationals saw 37 players with World Rugby u20 experience involved for a different country. The complete list can be seen by clicking here.

The policy which saw Belie and Fuster captured no longer exists. Beginning on January 1, 2018 countries can no longer nominate their U20’s as their ‘next of XV’. Unfortunately for the pair and for Spain this cannot be retrospectively applied.

The most talked about change, however, is extending residency laws from three years to five. This makes it harder, or rather, more expensive for unions to sign foreign-born players with a vision to capturing them for international duty.

In the 2018 Rugby Championship Australia, Fiji, New Zealand, Papua New Guinea, South Africa, Tonga, the USA, and Zimbabwe all have players born in the countries who will be playing for another. Fiji leads the way with five players followed by Tonga with four. Australia will field four players from New Zealand.

Australia (13)
Australia is far and away the country with the most foreign-born players in the 2018 Rugby Championship. Michael Cheika’s roster features thirteen, all of whom qualify via three-years residency. For the most part they are players who moved at a young age with their families.

There are three names – Taniela Tupou, Marika Koroibete, and Sefanaia Naivalu – who were not developed primarily by Australian rugby. Tupou was born and raised in Tonga before moving to New Zealand on a schools rugby scholarship.

Koroibete played seven tests the Fijian Rugby League side from 2013-2015 and became a Wallaby in 2017. Sefanaia Naivalu moved from Fiji in 2014 as part of the Rugby Plus Program.

As noted by the both Australia Rugby and the Queensland Reds Lukhan Tui moved from his native New Zealand to Australia at a young age. Americas Rugby News contacted both parties to clarify his age upon moving but did not receive a response. Tui was, however, schooled in Sydney and grew-up up in Australia.

New Zealand (3)
In the 2017 Rugby Championship there were seven All Blacks born abroad. The 2018 competition begins with the number being three. Both Ofa Tu’ungafasi and Waisake Naholo remain on the roster. They both moved to New Zealand as teenagers. Tu’ungafasi  did so in 2006 aged 14. His father, Mofuike Tu’ungafasi played for Tonga at RWC 1987. The newcomer is flanker Shannon Frizzell, a player signed to play for Tasman in New Zealand in 2014 after impressing while on tour for Tongan club Marist.

South Africa (1)
Prop Tendai Mtawarira has over 100 caps for South Africa. He is the only player in the Springboks’ Rugby Championship squad born abroad. He has over a decade of representative duty for South Africa after moving from Zimbabwe to the Sharks. Missing this year is the Ghanaian-born Raymond Rhule. He played in the 2017 competition.

Argentina (1)
A change from all prior Rugby Championships means Argentina can no longer claim that all players in their squad were born in their country. Winger Sebastián Cancelliere was born to Argentine parents in California. His mother was pregnant with him when arriving in San Jose. His father moved to the USA for work in 1993. In 1994 when Cancelliere was a year old his parents returned to Argentina. 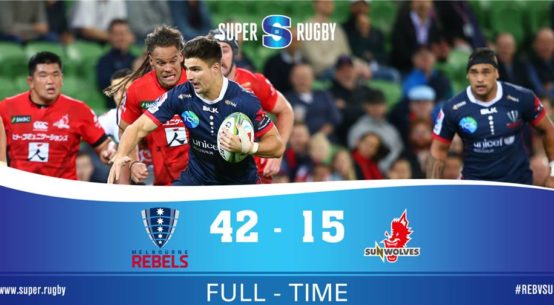