TOKYO, 1 Oct – World Player of the Year Johnny Sexton will captain Ireland against Russia in Kobe on Thursday, with coach Joe Schmidt retaining only four players who started the 19-12 defeat by Japan.

The versatile back-row forward Jordi Murphy, who joined the squad only this week after a training-ground injury ruled out Jack Conan, goes straight into the team at number eight, flanked by blindside Peter O’Mahony and Rhys Ruddock.

“With a five-day turnaround there’s always going to be a bit of attrition so we’re hoping to freshen it up,” Schmidt said, adding that Murphy had “trained unbelievably well today”.

Sexton, pictured above, who was was not risked against Japan after straining a quad muscle in the first half of the opening game against Scotland, will start at fly-half and wins his 86th cap. With scrum-half Conor Murray rested, Sexton’s half-back partner will be his Leinster team-mate Luke McGrath.

Sexton said he learned he was captain for the first time only a few hours before the team was announced: “I haven’t even had the chance to tell my family yet,” he said.

There are seven changes in the pack, which was so impressive against Scotland but very much second-best to the host nation in Shizuoka.

In an all-Munster front five, prop John Ryan will make his World Cup debut at tight-head, alongside hooker Niall Scannell and loose-head Dave Kilcoyne. Schmidt also hands a first World Cup appearance to Jean Kleyn in the second row, where he will be partnered by Tadhg Beirne.

Full-back Rob Kearney, who missed the Scotland game with a tight calf, starts a second successive game. Winger Keith Earls, who showed scintillating pace at 32 to chase down Japan’s Kenki Fukuoka and save a losing bonus point, joins fellow Munster man Andrew Conway on the wing.

With Chris Farrell ruled out of the game after failing a head injury assessment in Shizuoka, the centre partnership will be Bundee Aki and Garry Ringrose, who starts his third consecutive game.

With Ireland seriously stretched in the centre, Joey Carbery and Jack Carty, ordinarily fly-halves, will provide cover from the bench.

Ringrose’s Leinster team-mate Robbie Henshaw, who has yet to make an appearance after sustaining a hamstring injury in training shortly after Ireland’s arrival in Japan, is likely to be in contention for the final pool game against Samoa in Fukuoka on October 12. 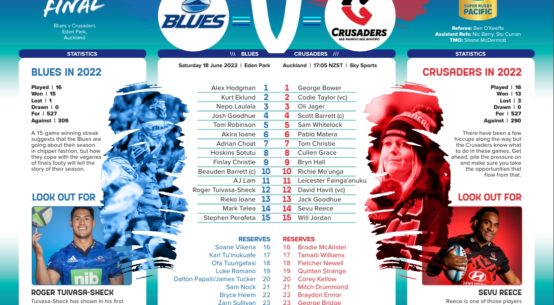