SHIZUOKA, 26 Sep – Amanaki Mafi makes his first appearance for Japan at number eight after missing the opener against Russia for his side’s second game against Ireland on Saturday.

Coach Jamie Joseph has captain and flanker Michael Leitch on the bench and Pieter Labuschagne will lead the side.

Labuschagne, who ran half the length of the pitch for his team’s third try against Russia in the opener, is ready to carry the burden on the day.

“It’s a massive privilege and honour to be selected as captain,” he said. “Leitchy has still got a big role to play. It’s just for the part on the field that I’m taking over. We’re on track and we’re really excited about this game against Ireland.”

Prop Jiwon Koo, second-row Luke Thompson and full-back Ryohei Yamanaka make their first starts after coming off the bench in the victory against Russia. Kazuki Himeno moves from number eight to flanker, and William Tupou from full-back to winger.

“Himeno has been a player in form, a ball carrier. Lots of our players try to do the same thing but with his size and power he proves very effective,” said Joseph. “We’re playing against probably the most experienced back three in world rugby. Ireland consistently create lots of pressure from their kicking game and we just need a bigger man (Tupou) on the wing.”

Tupou made an early catching howler that led to Russia’s opening try last Friday, and is eager to make amends, albeit playing in a less familiar position.

“Last year at the Sunwolves I had opportunities to play on the wing against the Rebels and Sharks as well,” he said. “I hadn’t been preparing for it, but I had the opportunity of trying to catch high balls and spot the opportunity out wide.”

Prop Asaeli Ai Valu, second-row Wimpie van der Walt and wing Lomano Lemeki all drop to the bench alongside Leitch, while flanker Hendrik Tui has been left out.

Winger Kenki Fukuoka, who hurt his right calf in a warm-up game against South Africa on 6 September, remains an absentee. 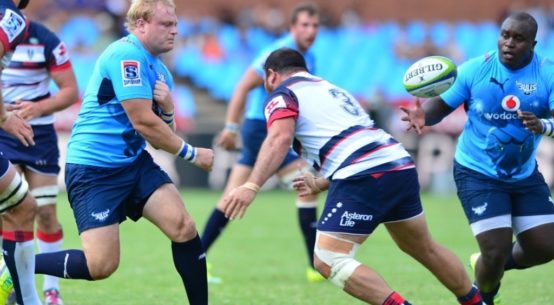