TOYOTA, 5 Oct – Japan, like England, have three victories out of three at Rugby World Cup 2019. Just like England, they top their pool. Unlike England, though, their progress to the quarter-finals is not yet secure, even with the bonus point achieved by Kotaro Matsushima in added time in Toyota, where the home fans celebrated joyously at the finish.

To be certain of a place in the last eight, Jamie Joseph’s team seem destined to have to wait until their match against Scotland on Sunday 13 October, the final pool game of RWC 2019.

It will be a nervous wait, especially as Japan are the only country ever to win three pool games at a Rugby World Cup – as they did four years ago – and be eliminated. The thought of that happening again, on home soil, would be enough to send the nation into mourning.

Assuming Scotland beat Russia in the meantime, Japan will still need something from the Scotland match.

Coach Joseph said: “Time will tell about the bonus point – our focus now is to go out there and win that match and things will look after themselves. The belief in our team has grown and I guess we are going to need it next week.”

Fly-half Yu Tamura, who kicked 18 points, said: “We got the result we most wanted, we had so much cheering for us and showed how much we wanted to win. The next match (against Scotland) will be our final.”

They were razor-sharp from the off here, running at every opportunity and panicking Samoa into conceding two early penalties, both slotted home by Tamura.

There can be few finer sights at this tournament than Player of the Match Lomano Lemeki, pictured top, and Matsushima hurtling down the wings.

Although Samoa, employing the driving maul effectively, kept pace at 6-6 through two Henry Taefu penalties, they paid for a late tackle on Matsushima that earned TJ Ioane a yellow card.

How costly it proved. Matsushima surged through the Samoan defence and when the ball was eventually worked to the left, Timothy Lafaele barged over after 27 minutes.

Tamura – now RWC 2019’s leading points scorer with 40 – continued his metronomic kicking as Japan led 16-9 at half-time, but this was a vastly improved performance from the Samoans on their “nil” showing against the Scots.

To underline the point, they made the early running in the second half and Taefu cut the deficit with another finely struck penalty. Tamura replied, making it four penalties apiece in their personal battle.

Japan’s second try arrived after 53 minutes. They turned on the forward power from a lineout and number eight Kazuki Himeno touched down at the end of a superb driving maul.

Samoa flew back at them. They were not giving this up without a fight. Any thoughts Japan might have had of a bonus point would have to wait.

Samoa forced a raft of penalties inside Japan’s 22 and Taefu’s try, with eight minutes left, brought them back within range. Taefu scored all 19 of Samoa’s points.

But replacement Kenki Fukuoka put the result beyond doubt when he went over in the corner with five minutes left and Matsushima grabbed the fourth after a period of prolonged attacking after the siren to send the stadium into raptures. 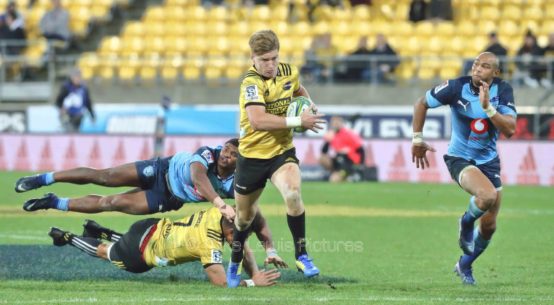 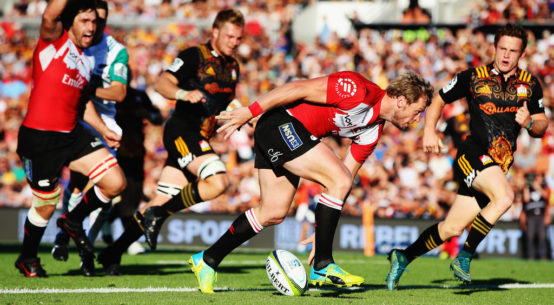