Canada’s qualification would give the Americas four teams in Japan 2019.

Repechage Winner will be determined in a special tournament in France in November.

Namibia become the 19th and penultimate qualifier for Rugby World Cup 2019 after beating Kenya to win the Rugby Africa Gold Cup title and claim the Africa 1 place in Pool B.

Namibia sealed the Rugby Africa Gold Cup 2018 title, and automatic qualification for Rugby World Cup 2019, with a 53-28 victory over Kenya in the winner-takes-all match in Windhoek on Saturday.

Victory means the hosts edge out Kenya to both Gold Cup spoils and a place in Pool B in Japan, alongside defending champions New Zealand, South Africa and Italy.

The defeated Kenyans will get the chance to join them in that pool when they contest the four-team global repechage tournament in Marseille in November.

Morocco, meanwhile, have been consigned to life in the Silver Cup next year after they lost their relegation decider against Tunisia 36-13. In the day’s opening game Zimbabwe made sure of their place in the Gold Cup for another year with a 38-18 win over Uganda in Kampala.

NAMIBIA 53-28 KENYA
Namibia began this winner-takes-all clash in confident fashion, and Loubser appeared to settle any home nerves in Windhoek with a fifth-minute penalty.

But if the hosts thought they would cruise to victory, and their place at Japan 2019, they received a sharp wake-up call nine minutes later as Kenyan sevens star William Ambaka scored in the left corner. Isaac Adimo added the touchline conversion and the visitors led by four.

Unperturbed, Namibia set a course for the Kenyan 22. Following a near 10-minute assault on the visitors’ line their resolve was broken by Botha, who latched onto a spill of possession from Darryl de la Harpe and cruised through the wrong-footed defence.

Less than three minutes later, Namibia stretched their lead further as Kenya’s struggles under the high ball were punished when captain Davis Chenge lost control of a clearing kick and the resulting attack ended with Van der Westhuizen burrowing over.

Kenya’s Darwin Mukidza then saw a long-range penalty attempt sail wide of the left-hand upright, before Loubser raced over in the left corner to ensure the hosts finished the half firmly in the ascendancy.

Kenya’s hopes of automatic Rugby World Cup qualification received a further blow within two minutes of the restart as Van der Westhuizen scored his second try of the game.

Loubser then extended Namibia’s lead with a penalty, before Ambaka raced onto a grubber kick by Adimo and beat three defenders to score a brilliant try and give the visitors hope.

Namibia, though, reasserted their dominance within a minute as Mahepisa Tjeriko powered over from close range.

The hosts’ victory was rubber-stamped just past the hour mark when Ambaka collided with Johan Tromp as they raced for a bouncing ball on the Kenyan goal-line. Referee Egon Seconds awarded a penalty try and sent the visitors’ star man to the sin bin.

Kenya rallied with 14 men and scored a try through replacement second-row Malcom Onsando, but the title – and automatic qualification – had long gone.

Botha profited from a Janco Venter intercept to take Namibia past the 50-point mark, before the visitors grabbed a fourth try through Mohammed Omollo.

TUNISIA 36-13 MOROCCO
Tunisia began what was effectively a relegation play-off above their visitors and needing only a draw to guarantee their place in the Gold Cup in 2019.

It took Jaco Stoumann’s side less than two minutes to make their home advantage pay as prop Achraf Ben Hammouda powered over the line. Morocco were not overawed by that early setback, however, and levelled the score three minutes later when Deblaoui Bachir snagged an intercept and ran in from 20 metres.

Tempers flared on the 20-minute mark as Tunisia centre Haitham Chelli and Morocco second-row Lahlali Mohamed were both sent to the sin-bin following a brief altercation.

Morocco fly-half Naoufal El Kadri spurned the chance to give his side the lead from the resulting penalty, but the visitors did take the lead within three minutes as Alexandre Bougja touched down after Tunisia had failed to clear their lines.

Tunisia hit back through captain Sabri Gmir, but despite having captain Yahya Graa sin-binned and seeing El Kadri edge Morocco back in front with a penalty, the hosts made full use of the final play of the first half.

Kicking a penalty of their own to the corner, a forward drive took Tunisia up to the Moroccan line where Chelli atoned for his earlier yellow card to help give the hosts a 17-13 half-time lead.

After the break, Tunisia turned the screw, scoring two tries in the opening 13 minutes of the half, via impressive winger Chedi Jabri and a penalty try as their dominance in the scrum told.

Consigned to their fate, and with rain teeming down, the wind went out of Morocco’s sails and Tunisia added gloss to their win as Ben Hammouda dotted the ball against the base of the post for his second try.

UGANDA 18-38 ZIMBABWE
Zimbabwe needed a first victory in this year’s Gold Cup to be sure of avoiding relegation, but fly-half Lenience Tambwera spurned an early chance to give them the lead from the kicking tee.

Uganda were unable to clear their lines, however, and invited further pressure when Robert Aziku was sin-binned for a dangerous tackle in the fifth minute. Their visitors wasted little time in claiming the game’s first try as Connor Pritchard danced over the line less than 60 seconds later.

The hosts held out for the rest of the 10 minutes, though, and the momentum of the match looked to be turning their way before another yellow card – shown to scrum-half Aaron Ofoyrwoth after he tackled Pritchard in the air – created an overload in defence that Tafadzwa Chitokwindo gleefully exploited.

Uganda needed someone to step up, and back-row Byron Oketayot did exactly that as he took advantage of a rolling maul to get the hosts on the scoreboard within two minutes. A Phillip Wokorach penalty then narrowed their deficit to just four points.

However, on the stroke of half-time, Brendon Mandivenga intercepted Robert Masendi’s attempted pass to score Zimbabwe’s third try of the match.

Masendi was substituted at the break, but Uganda’s fortunes failed to improve without their fly-half as Chitokwondo scored his second try of the game.

The hosts reduced the arrears thanks to a Michael Okorach score in the right corner, and after Zimbabwe replacement prop Kudakwashe Nyamufaringwa saw yellow, a Wokorach penalty drew them to within six points.

But it wasn’t to be the hosts’ day, and late tries from Shingi Katsvere and Shayne Makombe put the seal on Zimbabwe’s salvation and denied Uganda a losing bonus-point.

“This is a good step on our 2023 plan and (towards) winning the Gold Cup next year,” man-of-the-match Zimbabwe scrum-half Ernest Mudzengerere said afterwards.

Canada’s qualification would give the Americas four teams in Japan 2019.

Repechage Winner will be determined in a special tournament in France in November. 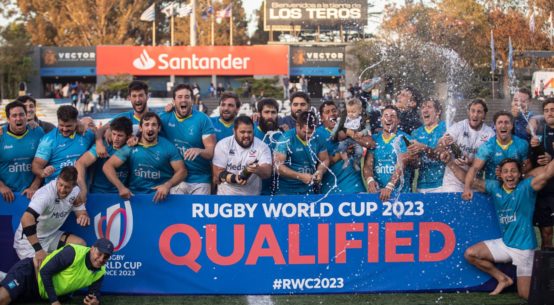 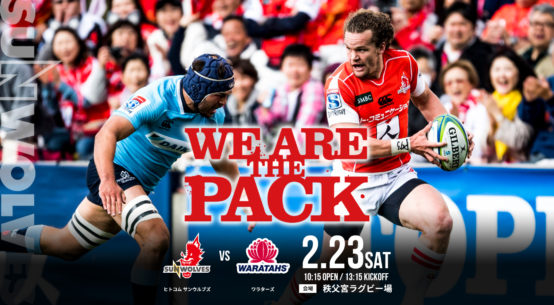