Try-fest on opening day of the Oakland World Schools Festival

All four matches on the opening day went the way of the South Africans, racing to an 8 point to 0 lead in the “Oakland Cup”, a Ryder Cup-style contest between South Africa and the Rest of the World. The format ensures that each match counts, where two points will count towards a win and a draw is worth one point.

The week-long tournament features some of the most promising schoolboy talents from around the globe.

Boland Agriculture got the festival off to an emphatic start with their 59-26 victory over New Zealand’s Napier Boys’ High School in a highly entertaining match.

The opening minutes of the match were a tight affair in scorching conditions on the Paarl Boys’ High School main field.

The South African team broke the stalemate in the 18th minute when Thys Kitshoff found the breakthrough with Gavin Mills converting.

The tourists struck back three minutes later with flanker Sam Henderson scoring the five-pointer while Kegan Christian-Goss added the two points to level the scores.

Boland captain Schalk Bezuidenhout scored his brace first crossing the line in the 23rd minute before doing the same eight minutes later to give his side a 19-7 lead.

Fullback Darren Hendricks extended Boland’s lead producing some individual brilliance when he chipped and collected for his try with his side going into the break with a 26-7 advantage.

Boland turned the knife shortly after the break when outside centre Sebastien de Klerk crossed the whitewash for his first of two tries.

Napier managed to add three more tries in the second half courtesy of scrumhalf Angus Kilmistar, Pereiha Hubbard, and a second for Henderson.

Their fight-back efforts were not enough to keep an on-song Boland at bay as they added three more five-pointers with Erik Lambrecht, Eugene Snyders and Kitshoff and De Klerk bagging their second tries each.

St Ignatius of the United States received a rude introduction to South African rugby suffering a 91-0 defeat to Outeniqua High School in the second match of the day.

Outeniqua went on a 15-try rampage with the Americans not only wilting under the pressure but also the searing African sun.

The South African side did the bulk of the damage in the first half scoring nine tries with Outeniqua fullback Mathew Thorne contributing a hat-trick of tries within the first 20 minutes of the encounter.

Nine players ultimately had a turn to cross the whitewash with Darryn Fortuin, Hendrik Hattingh and Ridge Gaffley each scoring a brace.

Oakdale Agricultural School ran in 11 tries in their runaway 65-7 victory over the Namibia XV Invitational team.

Wing Trevino Gordon topped the try-scorer list with the four five-pointers he scored in the match and was one of three players to get a hat-trick of tries or more on the day.

Seven of his team-mates joined Gordon on the scoresheet with Keano Hendricks, Janco Klinck, Henco Beukes, Joshua Lawson, Simon le Roux, Zak Stander, and Clyde Lewis all getting a turn.

Namibia had one try to show for their efforts with Ravic Rittman getting a five-pointer behind his name with Johann Krogg converting.

The Australians put up early resistance with the Krugersdorp-based side not having easy access over the advantage line compared to the other South African sides.

The South African side enjoyed a 24-0 lead at the half-time break but never quite managed to get away from the visitors.

Monnas added to the scoreboard after the recess with hooker and captain Morgan Brandon scoring from the back of a driving maul with Robinson converting to extend their lead to 31 points.

Dullisear scored his second try of the game when he collected a well-weighted cross kick from flyhalf Byron-Lee Wentink with the lead swelling to 38 points.

The Aussies showed serious grit as they made sure Monnas did not run away with the match and managed to get onto the scoreboard late into the match.

Although reserve scrumhalf Sean Peruch wore the letter ‘I’ on his back and showed great individual flair, his try in the 55th minute was thanks to a collective effort with Shelly Lachan converting.

The Cavaliers’ celebrations were short-lived with livewire flanker Dullisear breaking on the blindside to score in the corner with 10 minutes to go before winger Reuben Barnard scored the seventh try for his side.

Peruch made sure his side had the last laugh as he scored his second try before limping off. 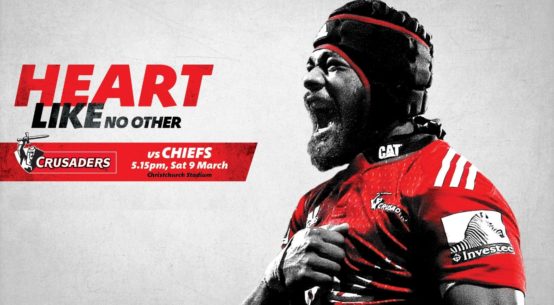