The World Rugby Nations Cup 2018 title will be on the line on Sunday when Argentina XV and Uruguay meet in the final round of the competition in Montevideo.

Argentina XV and Uruguay will decide the winner of the World Rugby Nations Cup 2018 on Sunday after their second-round wins over Fiji Warriors and Emerging Italy respectively in Montevideo.

The Argentines scored 11 tries in a 75-15 win, while in a tighter game hosts Uruguay celebrated a 23-19 win that puts them in a de-facto final of the round-robin tournament against their River Plate rivals.

Felipe Contepomi’s team leads the table on nine points, having taken a try-scoring bonus point from the match, while Los Teros have eight. Emerging Italy’s losing point takes them above Fiji Warriors with the sides contesting third place.

Under blue skies at the Carrasco Polo Club, the Argentina XV put on a brilliant display of running rugby to score 11 tries.

Los Puma Matías Moroni was the first to cross in the second minute and Joaquín Díaz Bonilla converted to begin a memorable match for the fly-half who proceeded to add the extras to all but one of his side’s tries as well as scoring himself for a personal tally of 25 points.

Nicolás Solveyra and Manuel Montero added further tries in the opening quarter, the second in response to Apete Dave’s score for the Warriors. Enele Malele converted and also slotted a 35th-minute penalty, shortly after Argentina XV had registered their bonus point through Gaspar Baldunciel.

Led by Juan Manuel Leguizamon, on his 35th birthday, the Argentines corrected some defensive issues and deprived the Fijians of any ball in the second half and the gaps began to appear. Building on their 26-10 lead, Argentina XV scored seven more tries through Gregorio del Prete, Díaz Bonilla, Lucas Mensa (twice), Tomás Jorge, Rodrigo Bruni and wing Facundo Cordero.

The Warriors’ second try was scored four minutes from the end by winger Asaeli Atunaisa.

“At times, we did the things that we planned and we could find the gaps and get the big win. They gave us problems when the game got disjointed and we gave away possession,” said Bonilla.

Uruguay had to work hard throughout the game to beat a tough opponent that never gave in.

With problems in the scrum and lineout, Juan Manuel Gaminara’s team made up for the technical deficiencies with a strong defence, repelling most Italian attacks although they were powerless to stop Emerging Italy’s number eight Andrea Trotta charging over in the 13th minute. That score was soon answered by Uruguay, who crossed twice within five minutes through winger Federico Favaro and Rugby World Cup veteran Joaquín Prada.

Towards the end of the first half, the scrum generated another Italian try, scored by flanker Federico Conforti, which with the conversion of Andrea Minniti-Ippolito left a half-time score of 12-10 to the Europeans.

Home centre Andrés Vilaseca added to his double from round one by scoring the first try in the second half after chasing a loose ball, Agustín Ormaechea converting to put Los Teros ahead.

Replacement Felipe Berchesi added a penalty to take the home side’s advantage beyond a score and, in the 73rd minute, he kicked his second penalty.

Emerging Italy finished strongly and were rewarded with a penalty try in the dying stages.

Uruguay will play the Argentina XV to defend the Nations Cup title, three weeks after losing 64-14 to the same opponent in the 6 Naciones Sudamericano.

“It is a final and we are still in pain after that loss in Buenos Aires. We have an opportunity to play against them this soon and will use it, playing the game as a real final,” said Gaminara. 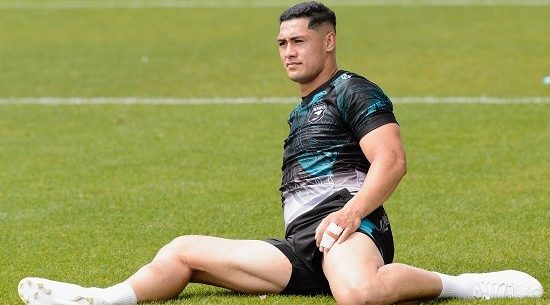