Rugby World Cup 2021 aims to break the record for attendance at a women’s Rugby World Cup tournament, which is expected to be boosted by some mouth-watering rugby matches, including hosts and reigning champions New Zealand against Australia at Eden Park on the opening day on 18 September, capping an exciting triple bill of matches at the iconic stadium.

With teams and fans at the heart of tournament planning, the match schedule has been developed to maximise the advancement of women’s rugby on the world stage. Eden Park, venue for the men’s final in 1987 and 2011, Northland Events Centre in Whangārei and Waitakere Stadium will provide the perfect stages to draw thousands of fans with attractive ticketing and entertainment programmes.

The 44,000 capacity Eden Park will also host the semi-finals on Saturday, 9 October and the bronze final and RWC 2021 final on Saturday, 16 October, giving fans plenty of opportunities to be part of something special and make women’s rugby history.

Reflecting the history-making theme, RWC 2021 will see the return of a quarter-final stage, while longer rest periods between match days and expanded squad sizes will enable the world’s top teams to perform at their best on the greatest stage for rugby.

The 12 teams will compete across three action-packed days of pool matches, Saturday 18, Thursday 23 and Tuesday, 28 September, with games to be played at Eden Park, Northlands Events Centre in Whangārei and Waitakere Stadium.

USA will have the honour of opening the tournament, facing Europe 1 at 11:45 NZT, followed by Canada v Asia 1 at 14:15 NZT in the other Pool B match, with Wales taking on the Final Qualification Tournament Winner at 16:45 NZT to close out day one at the Northland Events Centre.

At Eden Park, France will take on South Africa at 14:15 NZT followed by England versus Fiji – who will make their Rugby World Cup debut – at 16:45 NZT, in the other Pool C match. Hosts and reigning champions New Zealand will bring the curtain down on a thrilling day of matches when they take on Australia at 19:15 NZT.

Australia whose best result has been third place in previous Rugby World Cups, and their first RWC 2021 match against New Zealand – who are hoping to be the first host nation to win the title on home soil – will certainly deliver one of the most thrilling Trans-Tasman clashes the two nations have ever seen.

Fiji, who are in Pool C alongside England, France and South Africa, will need to bring all the passion of the Pacific into their game, particularly when facing England in their first match of the tournament. Women’s rugby has grown significantly in Fiji since the last women’s Rugby World Cup in 2017, with Fijiana qualifying for RWC 2021 via the Oceania Rugby Women’s Championship in 2019, and with the opening of a Women’s High Performance Academy by the Fiji Rugby Union last year.

The quarter-finals will include the top two teams from each pool and the two best third-placed teams. For RWC 2021, bonus points will again be in place.

“With less than eight months to go until Rugby World Cup 2021 kicks off in New Zealand, anticipation and excitement is really starting to build for fans and players worldwide. There is a very real, unstoppable momentum building behind the rise of women in rugby now and 2021 will be a year like no other, providing a unique opportunity to continue to accelerate the growth and profile of the sport, as women’s rugby rightly is set to own centre stage this year.”

Rugby World Cup 2021 Tournament Director Michelle Hooper said that with the announcement of the match schedule, anticipation of the tournament and the hotly contested action it will deliver, is expected to build significantly.

“We are so proud in New Zealand to be hosting the biggest women’s sporting event in the world this year. Our team is developing a robust platform on which to deliver an incredible tournament that will draw greater attention to women’s rugby than ever before. For the fans here in New Zealand and the global audience tuning in to watch via the international broadcast, we are excited to have such a compelling and exhilarating mix of match contestants in the opening weekend.

“It will give fans a taste of the excitement from the first kick-off and have them hooked to attend or watch every match of the tournament, in a schedule that promises to deliver an action-packed and intense competition. In addition, several of the participating teams will be playing in the same venues as their male counterparts did during Rugby World Cup 2011, and our local communities are set to welcome all nations back with open arms and provide them with the maanakitaanga of New Zealand and its people.”

Black Ferns captain Eloise Blackwell added “I remember how cool Rugby World Cup 2011 was and never dreamt that I would get the opportunity to play at a World Cup on home soil, let alone be kicking it off against Australia at Eden Park – it is going to be amazing. It has been a massive few years for women’s sport in our country and we hope the public really get in behind the tournament.  I’d encourage everyone to get their tickets locked in to make sure they can get along and support all the teams.”

RWC 2021 will see the addition of a quarter-finals stage and longer rest periods between matches which increases the total tournament window from 23 to 35 days and an increased squad size from 28 to 30 players. The changes reflect World Rugby’s commitment to player welfare and to accelerate the development of the women’s game. 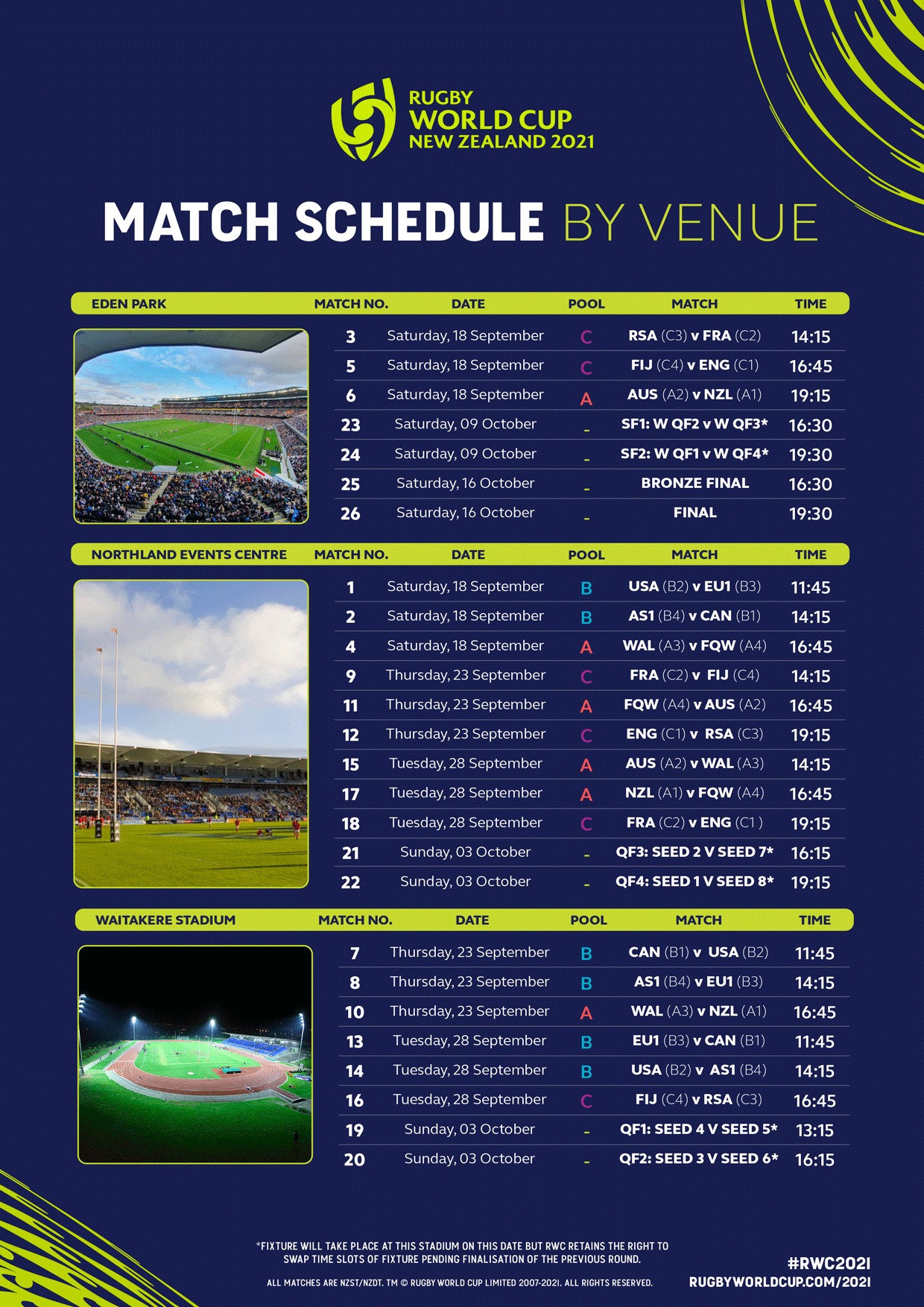 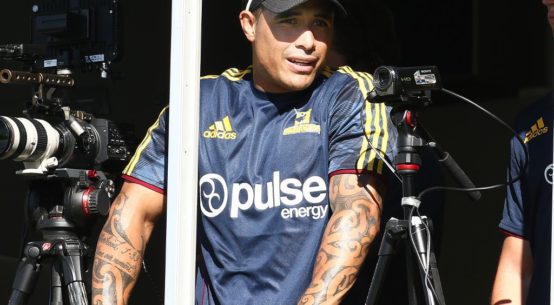 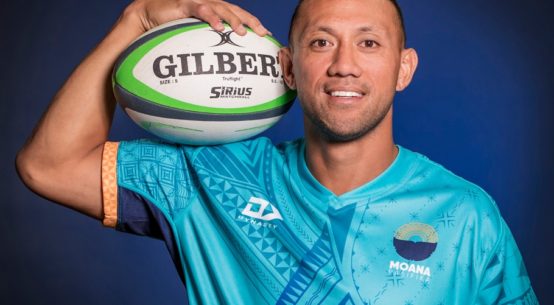