France had been a little concerned about how they would kick off the Women’s Six Nations but they need not have worried after a dream start against Wales in Vannes.

Manager Annick Hayraud admitted there had been some concerns about how Les Bleues would settle into their game at the Stade de la Rabine, but they took no time at all to seize control of the game.

In the end France won 53-0, with Caroline Boujard having run in a 14-minute hat-trick, to shoot to the top of Pool B.

France will now have a rest next week before heading to Ireland where a win would clinch their place in the final of the 2021 Women’s Six Nations.

And for Hayraud, there were plenty of positives to take from the game, notably France’s impressive defensive effort.

She said: “We’re happy and satisfied with the result, because there is always a fear, especially at the start of the game because it’s been a while since we played and you always worry when it’s the first game. We were reassured by a good start to the game.

“The defence is one of our strengths. You have to go and attack the opposition player and try to play on the front foot. We saw that we were able to do that for large periods. Two or three times we targeted the wrong player, but overall we’re satisfied. The idea was to defend our line and we managed to do that considering that Wales didn’t get through.”

As well as Boujard’s fast start, France’s youngsters impressed, with debutant Emilie Boulard getting a late try that her performance deserved, while young No.8 Emeline Gros grabbed a second-half double.

And for skipper Gaëlle Hermet, the result serves as reward for the work put in to build up for the competition.

She added: “We’re very satisfied with the result. We wanted to really get started in the competition and put our game plan in place. We worked really hard, we ticked off some things, we need to build in the next games to keep putting in place what we did in this game. 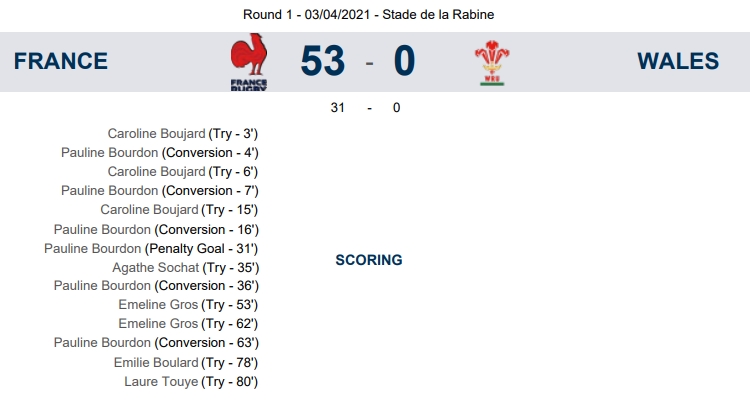 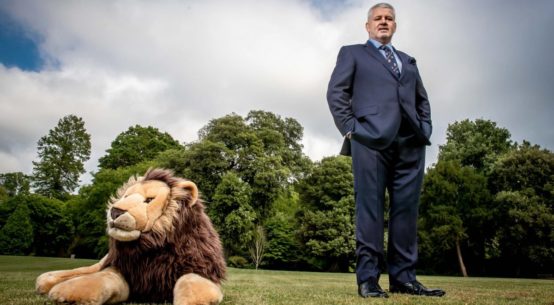