Skip to content
You are here
Home > Latest News > SCARRATT: I’M GLAD THE CLEALL SISTERS ARE ON MY TEAM!

Emily Scarratt says the Cleall sisters “are a bit of a force” and admits she is glad to be playing alongside the England stars, rather than coming up against them.

Both siblings starred in England’s 52-10 victory over Scotland to open up the 2021 Women’s Six Nations as Poppy was named Player of the Match for a try-scoring performance, while Bryony also grabbed a try in what was her first international match for two years.

Head coach Simon Middleton labelled No.8 Poppy as one of the best players in the world in his post-match comments, while 2020 Women’s Six Nations Player of the Championship Scarratt also reserved special praise for the twin sisters.

“They’re [Poppy and Bryony Cleall] a bit of a force aren’t they? I’m glad they’re on my team. The pair of them are brilliant rugby players,” said Scarratt, who was captaining England in the absence of Sarah Hunter.

“You think about them in terms of their carrying ability and the big shots they’ll put in but actually both of them were out in the wide channels spinning 15 metre passes like a back.

“They’ve got a great range of skills, great to have those two out there.”

With the unique format of this year’s Championship leaving little margin for error, England needed to get off to a fast start in the bid to retain their title.

They did exactly that at Castle Park as Marlie Packer, Leanne Riley, Lark Davies and Helena Rowland also dotted down in addition to the Clealls, while a late penalty try completed the scoring.

Hannah Smith scored Scotland’s only try and although there are improvements Scarratt is targeting, she was excited to finally get the Championship up and running.

“It feels like it’s been a long time coming,” she added.

“Obviously we’re used to playing the Six Nations slightly earlier so we’ve had a long training period so we were all champing at the bit to get out there and play.

“It wasn’t perfect, it was never going to be perfect but to get that first win under the belt is pleasing for us.” 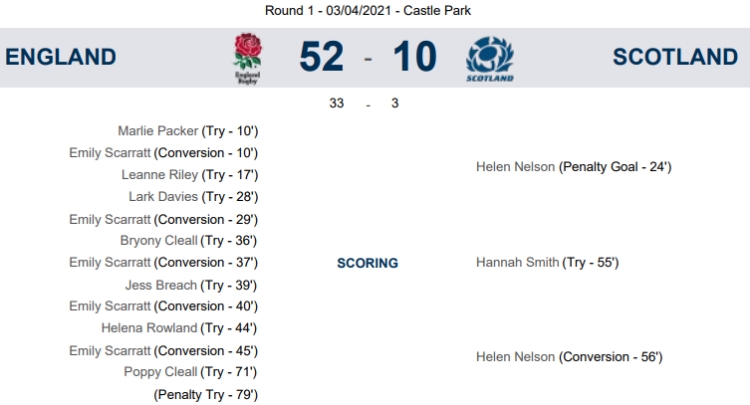 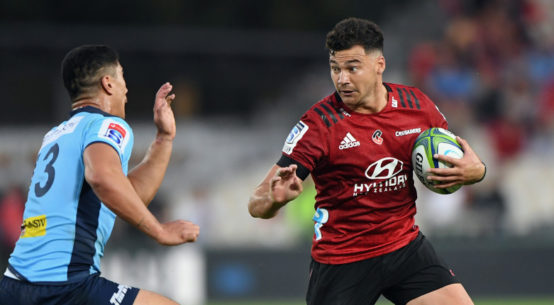