The Canadians were the last to qualify for the tournament and have not been convincing in the in the build-up though they showed glimpses of quality against both Leinster and the USA. Their most important match is up first as they need to beat Italy to win automatic qualification for RWC 2023. On form that looks highly unlikely leaving the Namibia match their best chance at a first RWC victory since 2011.

Head Coach: Kingsley Jones (age 50, Wales, record 7-15-0) – The former Wales flanker retired from playing in 2004 and moved straight into coaching. He had mixed results with Sale, Russia, and the Dragons before being confirmed as Canada’s new coach in September 2017. Since then the team has qualified via the Repechage but also defeated by Russia, Brazil, and Uruguay.

Captain: Tyler Ardron (No8, age 28, 34 caps) – Canada’s most important player is also their captain. Since moving to Super Rugby two years ago he has lifted his game and is a dominant figure on both sides of the ball. After struggling with injury at RWC 2015, his is his chance to shine on the world’s biggest stage.

One to Watch: Andrew Coe (outside back, age 23, 11 caps) – The only member of the Canada Sevens core group included in the squad, many consider Coe to be best suited for the 15-a-side game. He can play outside center, wing, or fullback, though it’s not entirely clear where Jones sees his future. Seems to have all the skills to succeed at the highest level, but how much opportunity will he get to show them in Japan?

Aside from assuring their place at RWC 2023, there doesn’t seem to be much on offer for the Azzurri. It’s highly unlikely that they can overturn New Zealand or South Africa – such a result would be an extraordinary result not far from Japan’s win in 2015. Wins in their first two matches against Namibia and Canada, the latter a short turnaround, are mandatory.

Head Coach: Conor O’Shea (age 48, Ireland, record 7-30-0) – Will he stay or will he go? There is real uncertainty in O’Shea’s future with the team regardless of the outcome in the tournament. Since joining in 2016 the results have been mixed but there is hope in the younger generation of players. Credible performances against South Africa and New Zealand would be a positive return under the circumstances.

Captain: Sergio Parisse (No8, age 36, 140 caps) – One of the world’s great players since his debut in 2002, he is expected to end his international career in Japan. Parisse will become just the third player in history to appear at five World Cups, joining former teammate Mauro Bergamasco and Samoan great Brian Lima.

One to Watch: Matteo Minozzi (outside back, age 23, 13 caps) – A serious knee injury layed the hot stepper low for several months but he is now fit and firing once again. Minozzi is equally at home as a wing or fullback and even played a couple times in the midfield recently. Italy are not blessed with great depth out wide but the future Wasps star is a class act.

Notable Absentees: Injury ruled out a handful of contenders including second row Marco Fuser (sports hernia), scrumhalf Marcello Violi (shoulder), and midfielder Tommaso Castello (broken leg). Leonardo Ghiraldini was named in the squad despite having not played since injuring his knee in the Six Nations.

Despite being the lowest-ranked team at the tournament, qualification was routine with the rest of Africa languishing behind in development. Namibia’s own progress since RWC 2015 has been slowed by off-field troubles and a lack of competitive matches with only 24 tests during that time. Some controversial selection calls may have diminished their chances of a first-ever tournament win in their final match against Canada.

Head Coach: Phil Davies (age 55, Wales, record 20-12-0) – This will be the second World Cup in charge for Davies, who was a late appointment in 2015 when Danie Vermeulen stood down. It’s hard to gauge his impact since and until the Namibian Union solves its own issues it’s hard to see what any coach could achieve given the lack of resources.

Captain: Johan Deysel (center, age 27, 24 caps) – One of the team’s most consistent performers, Deysel is now based in France after several years playing in South Africa – including limited Super Rugby action. He is able to play either midfield position and is a quality operator on both sides of the ball with mental toughness his best attribute. This will be his second World Cup.

One to Watch: Cliven Loubser (flyhalf, age 22, 15 caps) – It was a strange decision to select only one specialist flyhalf in the group, but perhaps that reflects the confidence that Davies has in Loubser. He is certainly a skilled operator. With a sharp pass but also the ability to step through the line, Loubser is a very capable goal kicker whose radar will be vital of Namibia are to come away with any success.

Notable Absentees: Davies claims this is the best squad available but that is very much up for debate. Uncapped Worcester lock Anton Bresler and Bulls outside back Divan Rossouw both opted out, while hugely experienced prop Casper Viviers, back row Renaldo Bothma, and fullback Chrysander Botha were controversially left out. Bothma captained the side in 2015 and was expected to be a key man again in 2019.

The two-time defending Webb Ellis Cup winners are favorites again but the odds are not as overwhelming as four years ago. South Africa are by far their greatest challenge in the pool stage and the odds-makers’ choice as their closest competitors for the title. Even without world class lock Brodie Retallick, who will miss most or all of the pool matches, this is a formidable outfit who have every chance of becoming the first team to win three World Cups in a row.

Head Coach: Steve Hansen (New Zealand, record 88-9-4) – New Zealand’s record with Hansen in charge is nothing short of remarkable. How much is up to his leadership and how much to the players is up for debate, but the results don’t lie. He has now played a major role in two World Cup wins and is expected to step down in November regardless of the outcome.

Captain: Kieran Read (No8, age 33, 122 caps) – Another all-time great who will retire from international rugby following the tournament. Read is surely their most important player with no obvious replacement at the back of the scrum. An assured character known more for his rugby mind than his athletic abilities.

One to Watch: Ardie Savea (back row, age 25, 39 caps) – A likely stand-in for Read when required, Savea can play across the back row but is a very different player than his captain. Like brother Julian, a RWC 2015 winner, Ardie is an exceptional athlete who looks ready to reach global stardom in Japan.

Notable Absentees: Undoubtedly the biggest loss injury-wise was mercurial fullback Damian McKenzie (knee), while flanker Luke Jacobson (concussion) was a late withdrawal after being named in the initial squad. Back row Liam Squire is now on standby after only recently making himself available, while tighthead prop Owen Franks and inside center Ngani Laumape were the biggest names left out by the selectors.

The Springboks may be ranked 4th heading in but most pundits rate them as legitimate title contenders, with some picking them to win. Defeating the All Blacks in their tournament opener would go some ways to boosting their odds. The rest of the pool should pose little challenge for a team that won the Rugby Championship and has few weaknesses on paper.

Head Coach: Rassie Erasmus (South Africa, record 11-7-1) – The former Springbok flanker is now settling in having dealt with the initial shock of South African politics. He looks to have the confidence of both the players and the public, a rare feat for the position. A World Cup title would cap an outstanding turnaround for a team that looked out of sorts midway through the cycle.

Captain: Siya Kolisi (flanker, age 28, 43 caps) – His return to the squad was delayed by injury but Kolisi is now ready to take his place in history as South Africa’s first black captain at a Rugby World Cup. There is no question of his quality, he balances a world-class loose forward trio along with Pieter-Steph du Toit and Duane Vermeulen.

One to Watch: Malcolm Marx (hooker, age 25, 27 caps) – Didn’t make the cut as a youngster in 2015 but has now proved himself among the world’s elite. A huge physical presence in the loose, if his set piece work is up to scratch there are none better at hooker. His form has been somewhat cool in recent months but this is now his time to shine.

Notable Absentees: Most of the top side has been available but some quality players who likely would have made the squad have missed out through injury. Back row Marcell Coetzee (ankle) is the most recent, with No8 specialist Warren Whiteley (knee) and versatile back Damian Willemse (knee) is now on standby with his recovery coming too late. Budding star winger Aphiwe Dyantyi was likely to miss out anyway with an injured hamstring, but his chances evaporated completely after failing an out-of-competition drug test. 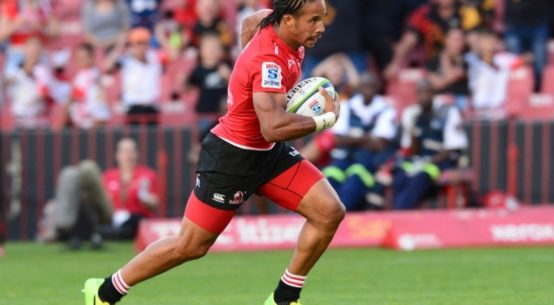