TOKYO, 5 Oct – A preview of the Pool B match between New Zealand and Namibia, which kicks off at 13.45 on Sunday at Tokyo Stadium.

The Big Picture
The statistics may offer the potential for a horror story – the team who have never won a World Cup game in 21 attempts against the side who have chalked up 30 straight wins in the pool stages, and 16 RWC victories in a row while annexing two successive titles.

But it is the heart and spirit of Namibia’s Welwitschias that make them believe in fairytales at Tokyo Stadium.

The world’s 23rd-ranked side, the tournament’s lowliest, can feed off the memory of their only meeting with New Zealand at London’s Olympic Stadium in 2015 when captain Johan Deysel ploughed over for a try that has become part of Namibian sporting folklore.

They ended up losing 58-14 but the resilient, combative performance of Jacques Burger’s side that evening was a reason for national pride.

It is fitting then that their leader Deysel returns to the starting XV with his team having the words of the retired warrior Burger resounding in their ears.

“These are 15 of the greatest players in the world, but they are just human beings like we are – they bleed like we bleed,” was the old lionheart Burger’s exhortation about the All Blacks this week.

“From the first kick-off, the first tackle, the first ruck, go out and do everything 100 per cent. You do have the ability. They’re not super-human.”

No, but these New Zealanders are super rugby footballers, as evidenced again by their nine-try defeat of Canada on Wednesday.

They ought not to be inconvenienced by a second game in the space of five days nor by the experimental nature of the line-up.

Jordie Barrett was told only two days before the match that he would be starting at fly-half, even though he has never played a single minute of international rugby at No.10. That is not taking liberties; it is a measure of the prodigious talent New Zealand have at their disposal.

Neither can Namibia, who could be forgiven for casting an eye forward towards the possibility of a first World Cup win when they play against Canada the following Sunday, expect Steve Hansen’s team to even slightly ease their foot off the gas, as the reintroduction of key second-row forward Brodie Retallick confirms.

Hansen has no truck with any comments he sees as disrespectful to Tier 2 opposition and, despite the short turnaround after the Canada match, will expect his side to be disciplined and ruthless in penetrating any Namibian rearguard action laid by the African side’s New Zealand-born defence coach Dale McIntosh.

Head coach Phil Davies reckons his side could see a haka from Macintosh before the tournament is over. If his men can score another try and hold New Zealand to, say, a 30-point winning margin, they might even witness one for the ages from McIntosh on Sunday night. The bookmakers’ analysts predict a 70-point win for New Zealand.

In the spotlight
Two shoulder injury victims are back, much to the relief and delight of their teams. New Zealand’s enforcer Brodie Retallick has been out for 10 weeks with the dislocated left shoulder that had made a nation fear he could miss the tournament, and the world’s premier second-row has made such a swift recovery that he is making his comeback two weeks earlier than expected. He is just the man to fight any Namibian fire with fire but Deysel, who missed Namibia’s opening defeat by Italy with his own shoulder problems, made another fine impression off the bench in their heavy defeat by South Africa. They call the tough centre ‘Buffy’; he could not slay the All Blacks’ defence for another try, surely?

Team news
All change for the All Blacks, who rest their two playmakers, Richie Mo’unga and Beauden Barrett, while trusting in Beauden’s gifted young brother Jordie to steer the ship from fly-half. With no specialist 10 in the team, scrum-half TJ Perenara will cover that position from the bench. Namibia make nine changes to the team who started the 57-3 defeat by South Africa, with only second-row Tjiuee Uanivi, left-wing JC Greyling and full-back Johan Tromp all making a third start. First-choice fly-half Cliven Loubser, though, misses out through injury, leaving Helarius Axasman Kisting to earn his first start.

Stats & Trivia
New Zealand are seeking their 31st victory out of 31 pool stage matches in World Cups. Of the 30 matches they have won, all but one have been by a margin of at least 10 points.

Namibia’s worst-ever World Cup defeat was in 2003 when Australia ran up a cricket score to win 142-0 at the Adelaide Oval.

The 63 unanswered points that the All Blacks piled up against Canada in Oita was the biggest single match haul any team has yet managed at RWC 2019.

The last time Namibia beat a Tier 1 nation was when they beat Ireland 26-15 in Windhoek 28 years ago.

Quotes
“A lot of people remember that try in 2015; it was an incredible moment that had a big impact on my life. It sort of put Namibia on the map and that can happen to any young player on Sunday. It is a big opportunity.” – Namibia captain Johan Deysel.

“He has plenty of swagger that boy. He’s not short of it. But I don’t think you can mistake swagger or confidence with arrogance. He’s not an arrogant boy, he’s a humble kid. He will get out there and boss the team.” – New Zealand coach Steve Hansen on Jordie Barrett. 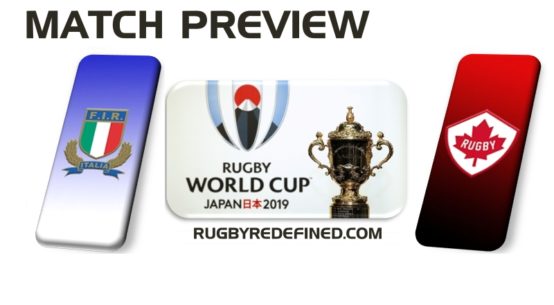