New Zealand made a statement of intent to their Rugby World Cup rivals as they claimed a 71-9 victory over Namibia in their Pool B clash in Tokyo on Sunday.

As expected this was one-sided affair although the All Blacks battled to hit their stride and held a narrow 10-9 lead after 35 minutes before two late first half tries gave them a 24-9 lead at the break.

New Zealand will be sweating over the availability of Nepo Laulala and Ofa Tu’ungafasi for their next match, against Italy on October 12, though after both props were yellow carded for dangerous tackles.

Despite being outplayed in most facets of play, Namibia were competitive during the first half and drew first blood courtesy of a penalty from Stevens after just two minutes.

It did not take long for the All Blacks to gain the upper hand, however, and four minutes later Reece scored the opening try after gathering a cross-field kick from Barrett.

Surprisingly, the next 15 minutes were evenly contested and Namibia did well to breach the All Blacks’ defence on a couple of occasions.

Only desperate defence from the world champions prevented the Welwitchias from scoring a try during that period, particularly in the 13th minute when Johan Deysel was stopped close to the All Blacks try-line after a superb line break from PJ van Lill in the build-up.

New Zealand did well to soak up the pressure and midway through the half they extended their lead when Lienert-Brown crossed the whitewash after a fine run in which he beat three defenders.

That score did not deter the Welwitchias, however, and they narrowed the gap to a point by the half-hour mark after Stevens succeeded with two more penalties.

Shortly afterwards, the All Blacks were dealt a further blow when Laulala was sent to the sin bin for a high tackle to the head of Lesley Klim.

Despite their numerical disadvantage, New Zealand dominated the closing stages of the half and were rewarded with tries by Laulala’s replacement, Ta’avao, and Smith which gave them a 24-9 lead at half-time.

The All Blacks came out firing after the interval and two minutes after the restart Moody crossed for their fifth five-pointer when he crashed over from close quarters.

It was one-way traffic during the rest of the match as the world champions delivered a masterclass on attacking play and they continued to run in tries from all areas of the field.

Five minutes after Moody’s try, Ardie Savea breached the Namibian defence before offloading to Lienert-Brown, who crossed for his second try before Ben Smith turned provider when he got a pass out to Reece, who also got in for his second five-pointer.

In the 56th minute, Whitelock got his name on the scorescheet, which brought up a half century of points for his team, and the world champions turned on the style as the match progressed while Namibia struggled to cope.

Smith crossed for his second try in the 68th minute, after gathering a superb flick pass from Lienert-Brown, but five minutes later the All Blacks were reduced to 14 men again when Tu’ungafasi also received his marching orders for a high tackle on Darryl De La Harpe.

Despite that setback, the All Blacks finished stronger and late tries from Barrett and Perenara sealed an emphatic win for the world champions, who return to the top of Pool B’s standings. 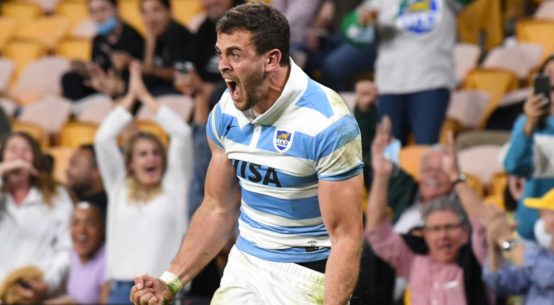