The Brumbies and Hurricanes face off in a crucial Super Rugby encounter at GIO Stadium in Canberra on Saturday.

The Hurricanes will be without both their captain and best player away at a full-strength Brumbies side and can ill-afford to drop any more points with the Highlanders breathing down their neck.

Skipper Brad Shields has been afforded a rest following his involvement in England’s recent Test series in South Africa, while World Rugby Player of the Year Beauden Barrett is still recovering from concussion sustained in the All Blacks’ second Test against France.

TJ Perenara has taken over the captaincy with Jackson Garden-Bachop outside him. Garden-Bachop endured a few forgettable performances for the Melbourne Rebels last season, but he was hardly given the front-foot ball he desired then, so perhaps he will prove the doubters, who feel Ihaia West should have started, wrong.

The lesser experienced Sam Henwood, who usually plays on the openside flank, has been drafted in as a replacement for Shields at blindside flanker and will have his hands full at the breakdown up against the the irrepressible David Pocock.

The Hurricanes will need to stand up to a Brumbies pack that is all about physicality, while there are guns out wide for the Canberra outfit, with full-back Tom Banks in particularly hot form leading up to the international break.

The Hurricanes, meanwhile, tend to do well after the international break, winning on recent occassions with two of those victories coming after trailing at half-time.

Team news: Brumbies head coach Dan McKellar has made four changes to his pack for Saturday.

Hooker Folau Fainga’a, prop Ben Alexander, lock Rory Arnold and flanker Tom Cusack all make a return to the starting XV in the only changes from the side that defeated the Sunwolves 41-31 before the June break.

Fainga’a, who was with the Wallabies for their three-match series against Ireland, replaces Connal McInerney at hooker with McInerney reverting to the bench whilst Ben Alexander comes in at prop for the injured Allan Alaalatoa.

Scott Sio completes the front-row and will have Rory Arnold and Blake Enever packing down behind him at lock. Arnold comes back into the side with co-captain Sam Carter unavailable.

Dynamic flanker Tom Cusack replaces Lachlan McCaffrey in the back-row, McCaffrey suffering from a bad back, whilst David Pocock and Isi Naisarani complete what looks like a strong scrummaging unit.

The backs remained unchanged from the team that secured a bonus-point against the Sunwolves with Joe Powell, who won his fourth Wallabies cap in the third Test against Ireland in Sydney, partnered once more by fly-half Christian Lealiifano, who will captain the team.

Hurricanes head coach Chris Boyd has made a number of changes to the squad which lost 30-14 to the Highlanders in Dunedin prior to the June international window.

Beauden Barrett, who continues to make good progress following his concussion in the second Test against France, will have the second of his All Black stand-down matches and is replaced by Jackson Garden-Bachop at fly-half.

With Shields absent, Reed Prinsep comes on to the side of the scrum while a high ankle sprain to Ardie Savea has seen Sam Henwood selected to start.

Henwood, who came into the starting side earlier in the season when Savea suffered a rib injury, showed he could have a real influence on a match as he showed in his first start against the Rebels in Melbourne. 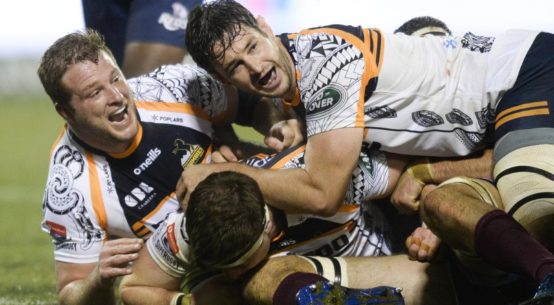 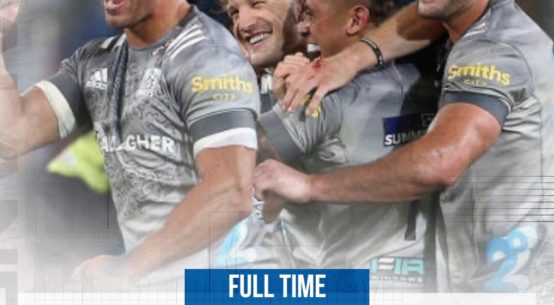