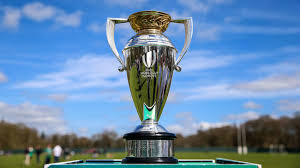 Prime Minister Jacinda Ardern said this is a proud moment for Kiwi’s and rugby fans all around the world, “I’m hugely excited the event will be held here. New Zealand is the home of women’s rugby, the Black Ferns captured our imaginations again when they won their fifth World Cup title last year, and our entire country will get behind the tournament and all the teams participating in 2021.

New Zealand Rugby (NZR) Board Member and former Black Ferns captain Dr Farah Palmer is delighted that New Zealand has been awarded the hosting rights for this pinnacle women’s rugby event and acknowledges the critical role of the New Zealand Government in supporting this bid, “We are honoured and excited to be awarded the WRWC2021 and look forward to delivering the first Women’s Rugby World Cup tournament in the Southern Hemisphere.

“We are looking forward to working together to deliver a world-class tournament for players, officials, fans, commercial partners and spectators watching around the world.”

Auckland and Whangarei have been confirmed as the host cities, and this will be the first time that the WRWC has been played in the Southern Hemisphere. Under the plan matches will be played at Albany Stadium, Waitakere Stadium and Northland Events Centre, with Eden Park available for the semi final and final.