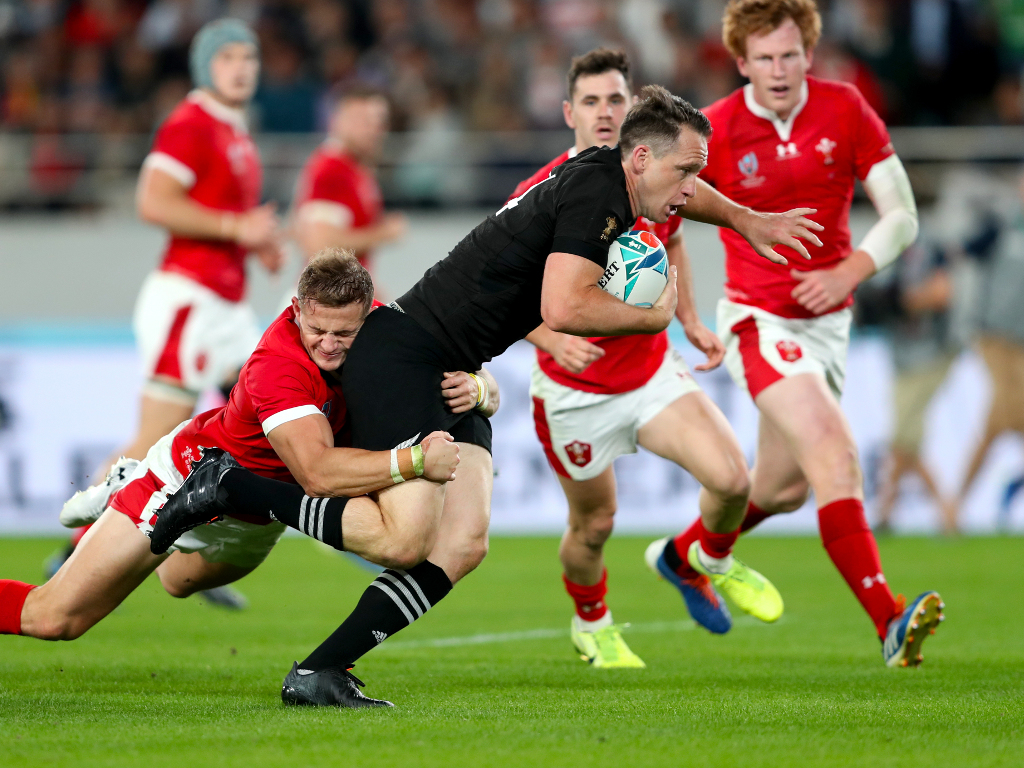 New Zealand finished their Rugby World Cup campaign on a high when they clinched a 40-17 win over Wales in the Bronze Final in Tokyo on Friday.

After being knocked out by England in the semi-finals, the tournament’s defending champions were keen to redeem themselves and they certainly did that as they dominated for long periods in a fast-paced and entertaining game.

They eventually ran in six tries with Ben Smith leading the way with a deserved brace and their other five-pointers were scored by Joe Moody, Beauden Barrett, Ryan Crotty and Richie Mo’unga, who finished with a 15-point haul after slotting five conversions.

For Wales, Hallam Amos and Josh Adams scored tries while Rhys Patchell added a conversion and a penalty and Dan Biggar also succeeded with a two-pointer off the kicking tee.

The All Blacks showed their intentions from the outset as they ran the ball from all areas of the field and that tactic reaped reward as early as the sixth minute when Moody crossed for a fine try.

This, after slick handling from Mo’unga, Kieran Read and Brodie Retallick created space for Moody, who showed an excellent turn of speed after gathering a pass from Retallick on the edge of Wales’ 22 and he did well to outpace the cover defence before crashing over.

The three-time world champions continued to dominate as the half progressed and they extended their lead in the 13th minute when Barrett ran onto an inside pass from Aaron Smith deep inside Wales territory before crossing the whitewash.

Wales needed a response and it came midway through the half when Amos collected a long pass from Patchell inside New Zealand’s 22 before stepping past Mo’unga on his way over the try-line.

Patchell added the extras and also slotted a penalty in the 27th minute which meant they were back in the match as the All Blacks were now holding a slender 14-10 lead.

That was the last time the Six Nations champions would score points during the half, however, as the All Blacks soon regained the initiative and were rewarded with two tries from wing Smith before the interval.

In the 34th minute, he did brilliantly to beat three defenders before dotting down and on the stroke of half-time he gathered a well-timed long pass from his namesake Aaron Smith inside Wales’ 22 before rounding Tomos Williams to score his second five-pointer.

That meant New Zealand were leading 28-10 at the break and they started the second half in a similar vein to the way they finished the first when shortly after the restart Crotty scored their fifth try after collecting a trademark offload from Sonny Bill Williams close to Wales’ try-line.

It was one-way traffic during the next 15 minutes as the All Blacks continued with their fast-paced style of play but despite their dominance, they could not score any points during that period. Smith thought he had scored his third try when he crossed Wales’ try-line in the 48th minute but referee Wayne Barnes ruled out his effort after a handling error from Rieko Ioane in the build-up.

Wales soaked up the pressure and struck back on the hour-mark courtesy of Adams’ try from close quarters. That was a momentous score as it was his seventh try at the tournament which is the most by any Welsh player at a World Cup.

Despite that score, the All Blacks finished stronger and sealed their win when Mo’unga crossed for their sixth try in the 76th minute.