Take a hard-won turnover, add some Hoskins Sotutu pizzazz and a desperate dive by replacement flanker Blake Gibson, and you have a game securing try for the Blues to secure the Sky Super Rugby Trans-Tasman title beating the Highlanders 23–15 at Eden Park on Saturday.

But it was a close-run thing, the Blues scoring two tries to none, but going through an identity crisis in the second half that saw the Highlanders claim the lead 15-13 with 15 minutes remaining.

However, in attempting to clear the ball from their 22m area soon after replacement five-eighths Harry Plummer had reclaimed the lead with a penalty goal, the Highlanders turned over the ball. It was No8 Sotutu who pounced and Gibson who completed the chance to claim the Blues’ first Super Rugby title since 2003.

Finals rugby does funny things to sides and the Blues dipped into Jekyll and Hyde territory during the middle stages of the second half which saw the Highlanders, down 6-13 at the break, come back into the contest and lead 15-13 courtesy of four penalty goals to first five-eighths Mitch Hunt and one to fullback Josh Ioane.

The Blues contributed to their own frustrations by losing their discipline at the pressure moments and they looked a lost combination compared to the side who had dominated the first half.

It was a tough night in defence for the Highlanders and in the end that proved a key difference, the Blues still having the necessary vitality to take their late chance. The Blues carried the ball for 410m compared to only 179m by the Highlanders while also enjoying dominance at the rucks 94-50 resulting in the Highlanders having to make 145 tackles to only 77 by the Blues.

They won two penalties at consecutive scrums and then saw first five-eighths Otere Black kick to the left corner where 15 minutes into the game, wing Mark Telea had time, and room, to beat the solitary defender to score the first try of the game.

Technical issues dragged the first half 10 minutes longer than might normally have been the case; a high tackle by Highlanders hooker, and centurion on the night, Ash Dixon on Black resulted in a yellow card, while the chase for a high kick, and blocking by Highlanders wing Jona Nareki on his marker Bryce Heem, resulted in Heem tripping and bringing down first five-eighths Mitch Hunt after he took the kick.

But, it was the Blues who showed the ability to up the tempo as required. That resulted in some long-range attacking bursts, one seeing flanker Dalton Papalii running down the sideline and feeding Heem, while second five-eighths TJ Faiane, who had a busy first half, fed into a gap by Black and then linking outside before the Highlanders defence closed both chances down.

The Highlanders looked to get their maul going but they struggled to put the Blues’ defence under pressure and their points in the half came courtesy of penalty goals landed by Hunt.

The Blues poured on the intensity in the first 10 minutes of the second half but the Highlanders defence managed to hold, although flanker Akira Ioane was held up over the line and Black missed a realitively easy penalty goal chance.

Into the final quarter, the Highlanders were hanging in and held the lead for four minutes.

That capped a brief show of momentum control for the Highlanders especially with flanker James Lentjes coming off the subs bench with lock Josh Dickson to add some ginger to the attack, but the much-needed tries were held at bay by the Blues defence. 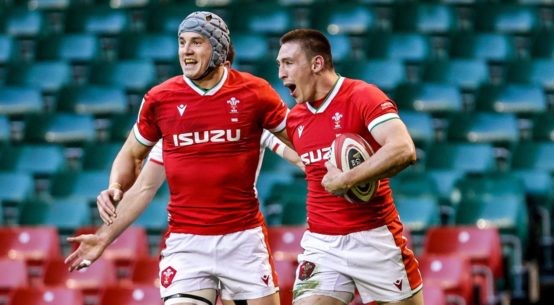