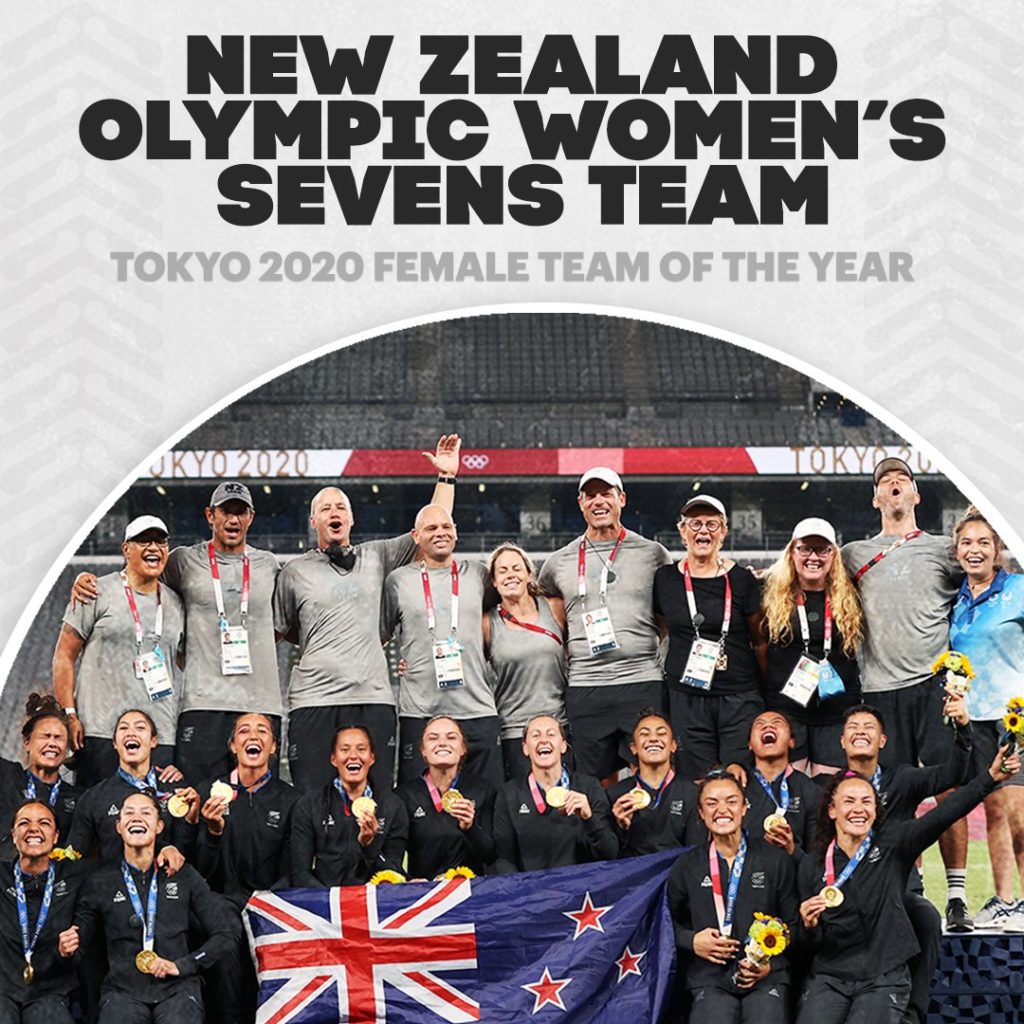 The gold-medal winning New Zealand Women’s sevens team has collected another piece of silverware, awarded the Best Female Team at the Tokyo Olympic Games at the ANOC Awards overnight.

The ANOC (Association of National Olympic Committees) Awards recognise the best of the best, with the women’s sevens teams among the winners at the ceremony held in Crete, Greece.

Captain Sarah Hirini said the team was thrilled to accept the award.

“This is a huge honour for us. It was unreal to win that gold medal and this award just makes that campaign even more special.

“We’re really proud of our achievements and success over the last five years and we’re excited for what’s next,” said Hirini.

The team went through their Olympic campaign unbeaten, with wins against Kenya, Great Britain and the Russian Olympic Committee in pool play. A dramatic extra time victory over Fiji in the semi-final set up a gold medal match against France, New Zealand winning 26-12.

New Zealand Rugby CEO Mark Robinson paid tribute to the team for their efforts on and off the field.

“This team continue to lead the way both on and off the field. Their performance in Tokyo was the tip of the iceberg when it comes to the impact they have on the game of rugby. Its fantastic to see them recognised amongst the best in the world,” said Robinson.

“New Zealand was inspired by the efforts of our women’s sevens team in Tokyo. This team put years of hard work into an amazing Olympic campaign and truly deserve this award.”