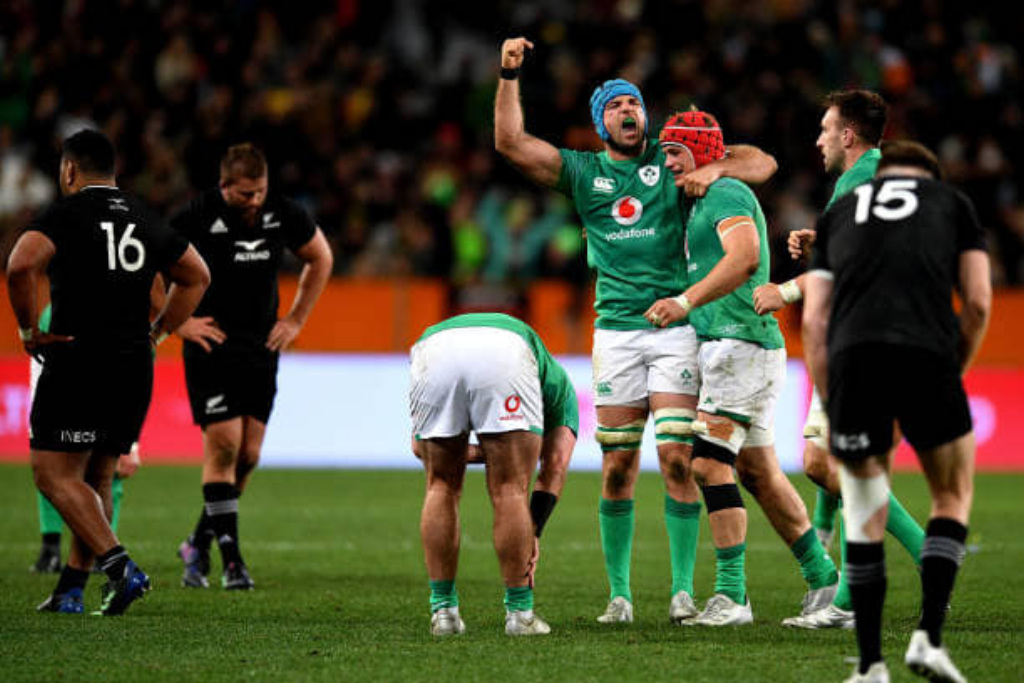 Ireland delivered an excellent all-round performance as they sealed a deserved 23-12 triumph over the All Blacks in Dunedin – their first victory in this fixture on New Zealand soil.

The All Blacks were their own worst enemy as their discipline let them down and they had to play most of the match with 14 men after Angus Ta’avao was red carded for a dangerous hit on Garry Ringrose.

Ta’avao had come onto the field as a replacement for Ofa Tu’ungafasi, who had received New Zealand‘s second yellow card after Leicester Fainga’anuku was also sent to the sin bin earlier on.

In the end, both sides scored two tries apiece with Andrew Porter crossing for both Ireland‘s five-pointers, while their other points came via the boot of Johnny Sexton, who succeeded with three penalties and two conversions.

For the All Blacks, Beauden Barrett and Will Jordan crossed the whitewash with Jordie Barrett adding a conversion.

New Zealand cruised to a 42-19 success in Auckland last weekend but their quest to clinch series glory at the first opportunity was undermined by repeated infringements.

Front-row Ta’avao was sent off for ploughing into the head of Garry Ringrose at the end of a chaotic 15-minute first-half spell.

Referee Jaco Peyper was in the thick of things and could arguably have punished the ragged hosts more severely.

Barrett’s improvised five-pointer and a late Jordan try gave the depleted Kiwis hope but they proved powerless to prevent a first home defeat to their opponents having won the previous 12 meetings.

Ireland arrived at Forsyth Barr Stadium bruised from being blown away at Eden Park.

Andy Farrell’s men once again made a rapid start and, on this occasion, went ahead inside three minutes.

Leinster prop Porter bulldozed over at the end of sustained Irish pressure, with Sexton adding the extras and then landing a long-range penalty forced by the doggedness of Caelan Doris.

New Zealand were struggling to make an impact and were hampered by repeated indiscretions during a frantic opening period in which they were twice down to 13 men.

Winger Fainga’anuku was perhaps fortunate to escape a red card following a reckless charge down on Mack Hansen before prop Tu’ungafasi joined him in the sin bin for tackling Ringrose off the ball to deny the Irish a second try.

Ta’avao was brought on as front-row cover for Tu’ungafasi but promptly dismissed with a bloodied face in the 31st minute following a sickening head-on-head contact with Ringrose, who departed to be replaced by Bundee Aki.

South African official Peyper was at the centre of the gripping action.

He should have briefly reduced New Zealand to 12 men due to their foul play temporarily leading to uncontested scrums.

Amid the chaos, Ireland struggled to manage the game and squandered numerous chances to stretch the scoreboard before being pegged back just before the break.

New Zealand were rewarded for relentless pressure as Beauden Barrett dived over after the ball squirted out of a ruck, with brother Jordie adding the conversion.

That score left Ireland just 10-7 ahead at the interval and also down to 14 men for the restart after vice-captain James Ryan was moments earlier shown a yellow card for cynically stopping a quick-tap penalty.

Ireland regained their composure during the break and were rewarded for their patience.

Porter – who had only scored two international tries in his career before kick-off – again battered his way over, just before lock Ryan returned to bolster the ranks.

Excellent goal-kicking
Influential Sexton retained his 100 per cent kicking record, slotting the conversion and then adding two important penalties to steer his side home.

The fly-half, who turns 37 on Monday, later departed the field gingerly following a painful slip, albeit he was fit enough to return for a post-match interview.

New Zealand pushed for a way back into the contest but were repeatedly thwarted by the immense Irish defence before substitute Jordan eventually claimed a late consolation.

Having surrendered momentum in the series, the All Blacks will need to regroup ahead of next weekend’s titanic showdown in the capital. 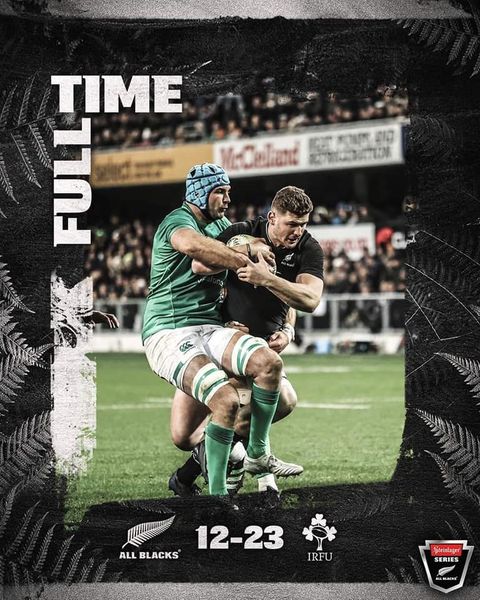 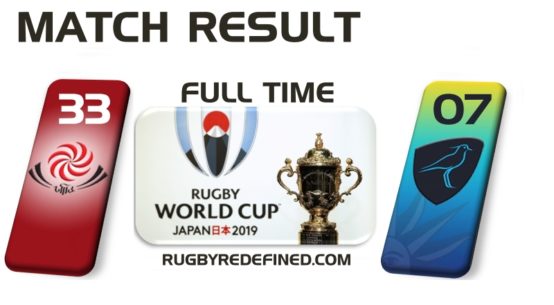