Billy Holland captains the Munster side in his 180th appearance for the Irish province as head coach Johann van Graan makes 12 changes to the team beaten in Cardiff last week.

Simon Zebo starts at full-back with Andrew Conway returning from Ireland camp to start on the right wing with Alex Wootton, Munster’s top try-scorer so far this season, on the opposite flank.

Sammy Arnold and Dan Goggin are the centres with fly-half Tyler Bleyendaal and scrum-half James Hart completing the backline.

Jean Kleyn partners Holland in the second row. Flanker Dave O’Callaghan makes his first start since returning from a long-term knee injury as Chris Cloete and no.8 Robin Copeland keep their places in the back row.

The 27-year-old made his debut against Leinster at Firhill in 2010 and has been a first team regular for the Warriors ever since.

As well as his record-breaking Warriors tally, Harley has played 20 times for Scotland and he scored Glasgow’s first try in the PRO12 Final victory over Munster in 2015.

He captains Glasgow on his milestone match at Irish Independent Park this weekend.

Contrastingly, Oli Kebble makes his first start for the club. He is joined by James Malcolm and Siua Halanukonuka in the front row.

Matt Smith and Matt Fagerson join Rob Harley in the back row and in front of them Scott Cummings and Kiran McDonald complete the pack.

In midfield, Sam Johnson shifts to outside centre after an impressive return from injury against the Toyota Cheetahs last week, with Brandon Thomson coming in at inside centre.

Ratu Tagive returns to the starting XV with Lee Jones on the other wing and Ruaridh Jackson at full-back.

On the bench Zander Fagerson returns from a foot injury to be involved in a Warriors squad for the first time in 2018.

Richie Vernon is named in a Glasgow squad for the first time this season, the experienced centre/back row suffered an achilles injury last season.

Dragons head coach Bernard Jackman has made four changes to the team that will face Edinburgh at Eugene Cross Park on Friday night.

The back three remains unchanged, as Hallam Amos has once again been released been from the Wales squad, but there is one change in the centre partnership as Jack Dixon is joined by versatile back Zane Kirchner. Dorian Jones comes in at fly-half to replace Kirchner and is joined in the halfbacks by Charlie Davies.

The front-row sees one change made to it as Leon Brown returns to the starting XV, and there are no changes to the second-row. Lewis Evans is named skipper for this match as James Benjamin replaces Harri Keddie and Aaron Wainwright makes up the back-row.

The replacements bench sees the inclusion of Ollie Griffiths who is set to made his first appearance since his injury.

Commenting on the match ahead, Bernard Jackman said: “Any frustrations we’ve had this season with injury have been more than compensated by seeing the development of some of our youngsters.

“We’ve given ten debuts to teenagers this season, with Rio Dyer the latest to make his Pro14 debut last weekend. He’s an 18-year old from Newport who we feel has a bright future so when you are working with enthusiasm and talent like he has you need a little bit of patience but you can see the reward at the end of it.

“This is a big development year for the Dragons we’re putting in place a culture and a style of play and we’re making some changes in terms of recruitment and developing our own youngsters.

“Even though the results aren’t as good as like, certainly the performances are getting better and the results will come and every minute we play together this year is only going to help us next year.”

Meanwhile Dougie Fife will make his 100th appearance for Edinburgh after being named at full-back for tomorrow night’s PRO14 meeting.

Head coach Richard Cockerill has made just two changes to the side who earned a dramatic victory away to Ulster last weekend.

After crossing the whitewash at the Kingspan Stadium, Jason Harries keeps his place on the wing. The Welshman is joined on the opposite flank by Duhan van der Merwe, with Fife at full-back.

After an impactful performance from the bench against Ulster, Magnus Bradbury returns to first team action alongside John Hardie and Bill Mata in the back-row.

Cockerill said: “It’s another game that we want to win and so we’ve chosen a relatively unchanged side, who we believe have the quality to go to Ebbw Vale and get a result.

“Although we were happy with the win against Ulster, there are still lots of areas of our game in which we need improve, and if we don’t them right against the Dragons, then we’ll be punished.

“They’re a dangerous side, who at home are capable of beating anyone. So we’ll need to be at our very best in all facets of our game.”

After his debut off the bench last week against the Scarlets, Skerries man Ciarán Frawley has been named to start at fly-hald for Leinster for the first time.

The former Skerries Community College man who has 10 Ireland Under 20s caps will start in the ten jersey having kicked two from two off the tee and impressed in general play on his full senior debut.

Elsewhere, Dave Kearney starts at full-back for his 120th cap with Barry Daly on the right wing and last week’s Man of the Match James Lowe on the left wing.

Isa Nacewa captains the side from the centre on his 180th appearance in blue with the returning Garry Ringrose outside him in the number 13 jersey.

Ringrose last played for Leinster in January against Ulster before an ankle injury forced him off.

Partnering Frawley in the half backs is UCD’s Nick McCarthy.

In the front row Ed Byrne is selected at loosehead prop and is joined by twin brother Bryan at hooker.

It’s the first time the Carlow brothers start together in Leinster senior colours having done so twice so far this season with the Leinster ‘A’ team in the British & Irish Cup.

Completing the front row is Irish international Michael Bent, with Mick Kearney and Ian Nagle selected in the second row.

In the back row Leinster Academy forward Josh Murphy is selected at blindside flanker, with Will Connors on the openside. Max Deegan completes the pack from No. 8.

On the bench Cullen has called upon St. Mary’s College player Adam Coyle as his tight head replacement option and the former Naas CBS and Ireland Under 20s prop is in line to make his Leinster Rugby senior debut having previously played with the Leinster Under 20s and Leinster .

Also on the bench is James Tracy who makes a return from an elbow injury and plays for the first time since the Ulster Rugby game in January when he had to leave the field after 27 minutes.

Meanwhile, Southern Kings coach Deon Davids has made a few changes to his team.

In the backline, a back three shuffle sees Michael Makase, who played on the left wing in the 26-12 defeat to Ospreys, move to his favoured position of right wing, whilst Anthony Volmink, who missed out against Ospreys, has been restored to left wing in the starting XV. Yaw Penxe, who was at right wing in the last game, now moves to fullback.

The forward pack remains largely intact except amongst the loose trio where man-of-the-match against Ospreys, Andisa Ntsila, switches from flank to No 8. Ntsila’s spot on the side of the scrum goes to Eital Bredenkamp, with Ruan Lerm moving to the bench.

Other changes amongst the replacements see lock Lindokuhle Welemu and scrumhalf Juan-Philip Smith called up while centre Jacques Nel – who flew in to join the squad from South Africa this week – takes over from Harlon Klaasen who unfortunately had to return home after injury.

Both coach Davids and captain Michael Willemse said that despite the disappointment of two defeats on their mini-tour so far, they were determined to finish the tour on a high note.

“They are a very good team and we will need to be organised on defence against them. It’s also important that we try and play the game in the right areas and clinical in using our opportunities when we get quality ball,” said Davids. 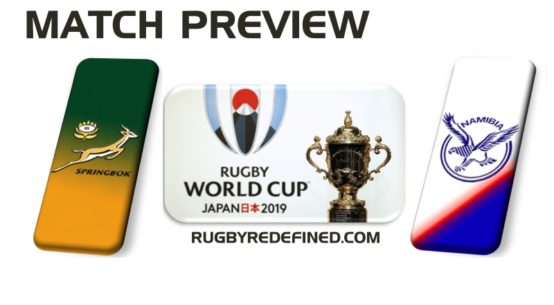