Leinster and reigning champions the Scarlets will fight it out to be crowned PRO14 title winners at the Aviva Stadium in Dublin on Saturday.

Leinster head coach Leo Cullen has confirmed that captain Isa Nacewa will lead the side on what will be his 185th and final appearance in blue.

A career that started in September 2008 away to the Cardiff Blues in a 16-16 draw will come to a close at the Aviva Stadium on Saturday.

In his career to date, Nacewa has won 184 caps scoring 47 tries in the process, for a total of 706 points, including the crucial six points off the tee late in Bilbao to bring a fourth Heineken Cup/Champions Cup trophy back to Leinster.

Nacewa will be joined in the centre by Garry Ringrose who makes his 50th Leinster appearance.

The back three sees Rob Kearney come back into the number 15 jersey with Jordan Larmour on the right wing and James Lowe on the left after his man-of-the-match performance against Munster last weekend at the RDS.

In the half-backs, Luke McGrath is selected at scrum-half with Johnny Sexton back at number 10.

In the pack, it’s the same front five that started the Champions Cup Final with Cian Healy, Seán Cronin and Tadhg Furlong in the front-row and Devin Toner and James Ryan in the second-row.

In the back-row, Rhys Ruddock is selected at blindside with Dan Leavy back from injury on the openside. Finally, Jack Conan is named at number eight.

The West Wales region has reached their second consecutive final in as many seasons at Dublin’s Aviva Stadium.

British & Irish Lions full-back Leigh Halfpenny returns from a hamstring injury that saw him miss last weekend’s semi-final victory over Glasgow Warriors. Johnny McNicholl, who made a return from injury in time for last weekend’s clash, moves to the wing with Tom Prydie moving to the replacements bench.

With John Barclay unavailable following surgery to a ruptured Achilles tendon Wayne Pivac has made changes to the pack. Tadhg Beirne moves to number eight, partnering James Davies and Aaron Shingler in the back-row. Lewis Rawlins comes into the second-row to partner Steve Cummins whilst the front-row remains unchanged.

Looking ahead to the PRO14 final Scarlets head coach Wayne Pivac said; “They’re a very good side. We only have to look back to our semi final where we were completely outplayed. They’ve gone on to win the big prize and be crowned Euro champions, and deservedly so.

“To back that up against a good Munster team, not an easy task a week later after celebrations and euphoria of winning it, was to me a testament to how strong that squad is, they’ll be better this weekend with some guys freshened up.

“We’re expecting a massive game. It’s a massive challenge for us but I think it’s a great game, last year’s PRO12 champions up against this year’s European champions. If you want to win it you want to do so against the best.” 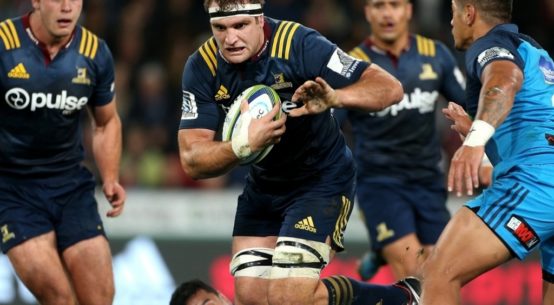