Milente slots last kick of the game to defeat Portugal

Replacement hooker Ovidiu Cojocaru scored a try in the dying seconds – and full-back Ionel Milente kicked the conversion – as Romania grabbed a dramatic victory against Portugal on Saturday afternoon in the Rugby Europe Championship 2021.

The home side led 27-14 with 13 minutes left at the Jamor Stadium in Lisbon, but the visitors battled back to secure a crucial 28-27 triumph.

Portugal will be kicking themselves after losing this one, they were certainly not helped by losing three men to the sin-bin at various times during the game.

They have now played well in patches against Georgia and Romania, but lost two from two and the losing bonus point from this one will mean little right now.

On the flip side, this was Romania’s first win of the year after a loss to Russia last time out when they picked up a losing bonus point and this dramatic victory could give them momentum.

“However, a game of rugby lasts 80 minutes and I am very proud of my team for battling right until the end.”

It was just out of his reach, but referee Luc Ramos brought play back for an earlier penalty and Portugal second-row Jose de Andade was yellow carded.

Romania centre Florian Vlaicu kicked the three points and that put his side ahead and made sure he become just the seventh man in history to go over the 1,000 Test points mark.

In the 11th minute the home side scored the day’s first try.

It was a cracker as well, some great passing interplay seeing full-back Dany Antunes over for the five points. Scrum-half Samuel Marques converted to make it 7-3.

With de Andade back on the pitch, the Portuguese scrum started to show some of their strength and they won a kickable penalty. Marques kicked it to make it 10-3.

Romania pride themselves on their forward power though and giving away that penalty clearly annoyed them.

Four minutes later they won a scrum penalty of their own and Vlaicu kicked it over to make it 10-6 after the first quarter of the contest.

Two minutes later it was Romania who were going down to 14 men, hooker Eugen Capatina sin-binned after he tackled Marques too early after the home number nine had taken a quick tap.

From the resultant defensive set on their own try line the shorthanded Romanians managed to get a turnover and cleared the ball.

And in the 29th minute the visitors hauled themselves back to just one point behind at 10-9 when Vlaicu kicked his third penalty.

Portugal then scored a second try.

It was just as well worked as the first, Marques with the final inside pass to his stand-off Jeromino Portela who went in under the posts. Marques converted.

Their lead of 17-9 lasted until the interval, even though in the last few minutes of the half Romania were camped on the Portugal line.

A number of penalties eventually saw home hooker Mike Tadjer yellow carded, but Portugal held their opponents up over the try line as the referee blew for half-time.

The Romanians were not deterred though and just around the same time as Tadjer was returning to the field, loosehead prop Alecandru Savin scored the visitors first try. Vlaicu could not convert and it was 17-14.

Portugal had to work their way back onto the front foot and they did that in the 59th minute when Marques kicked a penalty to stretch their lead to 20-14.

That reinvigorated the hosts and a great kick chase saw Romania penalised for holding the ball on the ground and Marques had another opportunity.

He missed that one in the 61st minute as the wind took it away from the posts, but his side were on top.

Their third try of the day came through a strong run by Rafaele Storti, the winger showing good power and awareness to brush off defenders and go over for the score.

Marques converted that one and they were 27-14 up after 67 minutes.

Then came the amazing Romanian fought back.

A great line run by winger Nicolas Onutu saw him take the ball and score a try under the posts with five minutes to go. With Vlaicu off, Milente converted and it was 27-21 heading into the closing stages.

With the pressure growing and growing, Portugal lost their third man to the sin bin in the 79th minute when replacement forward Eric dos Santos was yellow carded – and Romania made them pay.

A lineout and drive was unstoppable and Cojocaru came up with the ball.

Milente then held his nerve with the conversion and as the referee blew the full-time whistle there was delight for Romania and despair for Portugal. 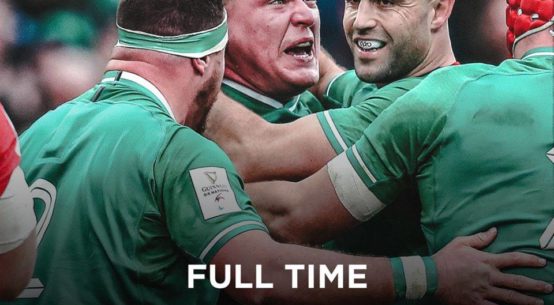