Ireland maintained their unbeaten 2018 Six Nations record with a 35-27 victory over Wales at the Aviva Stadium in Dublin on Saturday.

The hosts completely dominated the match, enjoying 69 percent possession and 75 percent territory with Wales having to make 175 tackles.

In the first half, however, Ireland could not convert their dominance into points while Wales scored from the one chance they had. But after the break, Ireland were more clinical and capitalised on their superiority, as Wales tired due to the sheer amount of tackles they had to make.

Ireland had all the attacking flair and creative instinct with their New-Zealand style offloading game coming to the fore, while Wales were old-fashioned and attritional.

Leigh Halfpenny gave Wales the early lead with a penalty. Soon after, Sexton had a penalty of his own but hit the post.

However, Ireland did have their try soon afterwards. Slide-rule precision from the hands of Sexton found Jacob Stockdale on the left wing who dotted down.

With Wales on a rare attack, the ball came loose from Rob Evans’ pass. Nippy scrum-half Davies picked the ball up and had plenty of space to make a sniping run through a scrambling Irish defence and dive over. Halfpenny slotted the conversion for a 10-5 lead.

Halfpenny added a penalty soon afterwards to extend the lead to 13-5 as Wales seemed content with not having to play rugby while still keeping the scoreboard ticking.

Sexton got his first points off the tee after Wales were penalised for offside as Ireland opted to take the points with still enough time to get a try before half-time.

And they did reclaim the lead before the interval when Bundee Aki showed his physical prowess to bust past two defenders and still have the strength to stretch out and dot down.

Ireland were more clinical after the break and were justly rewarded. Slick interplay between Earls and Rob Kearney made the break down the right. The forwards expertly took the ball up through close quarters and when they were close enough and the time was right, propelled Dan Leavy over the line. Sexton’s conversion made it 22-13.

Wales simply could not cope by now with Ireland as their plan was simply to get close to the line and once there, take it up and over through their powerful forwards; this time Cian Healy burrowing over from close range to cap off a fantastic individual display.

But the Welsh seemed to get a second wind. Biggar made 25 yards by successfully chasing and regaining Davies’ box-kick. The ball was recycled and spread through the hands with Hadleigh Parkes’ looping pass over the top finding Josh Navidi who only had to draw his defender and release Shingler for a clear run to the line down the right wing. Halfpenny made a difficult conversion to bring Wales within a converted try.

Ireland’s forwards claimed a moral victory winning a late scrum penalty. Murray held his nerve with the kick, as it went in off the bar, giving Ireland a ten-point buffer.

But Wales weren’t done yet and Steff Evans, who had a very quiet game, popped up for the try to cap off a wonderful team move and set up a tense finale.

From the restart, Wales went on the attack in search of a dramatic comeback and made their way upfield. But a slow, looping pass in midfield was intercepted by Stockdale, who was never going to be caught, grabbing his brace and securing the 37-27 victory. 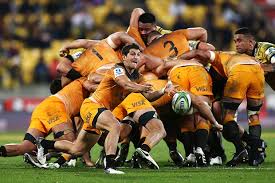 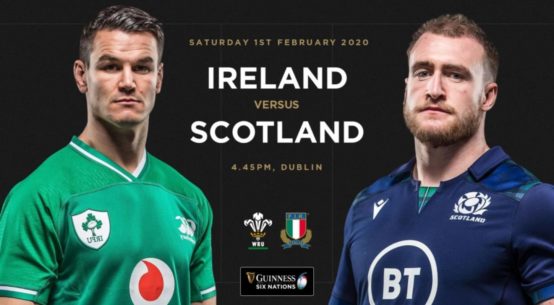