Ireland’s 26-16 victory has moved themselves right back into contention for the 2019 Guinness Six Nations after fighting back to see off a stubborn Italy and set up a mouth-watering final two rounds.

Keith Earls and Conor Murray scored second-half tries as Joe Schmidt’s men, far from their best once more, fought back from a first-half deficit to claim a bonus-point win in Rome.

As the Championship prepares to enter the final two weeks, Schmidt and his men know that the fate of the trophy could once again lie in their hands after Wales downed England on Saturday.

Beat France at home in Round Four, then it’s full speed to Cardiff – where the Championship title could well be on the line against a Wales side dreaming of a possible Grand Slam.

With England still far from out of it and France lurking, the 2019 Guinness Six Nations is perfectly poised.

However, there is no escaping that for Schmidt there is plenty to ponder. Italy roared back from nine points down to lead by four at the break, with Edoardo Padovani and Luca Morisi both crossing.

Yet the attitude and spirit with which they tackled the problem after the break suggests, while they might not have shown their brilliant best through three rounds, they have the mettle that’s required.

The Stadio Oimpico might have been an unhappy hunting ground for Italy in recent seasons, with no Championship win there since 2013, but as they darted off at half-time only one side felt comfortable.

Italy’s fate had looked ominous when Quinn Roux planted the ball down for Ireland’s first try of the match inside the first ten minutes following incisive breaks by both Jacob Stockdale and Chris Farrell.

But Italy responded through a Tommaso Allan penalty and panicked Ireland’s defence each time they crossed into the 22.

Their concentration wavered just once when Sexton hoisted the ball high from a re-start as the jumping Federico Ruzza missed it and the covering Michele Campagnaro fumbled it into the welcoming arms of Stockdale.

Last year’s Player of the Championship hardly needed a second invitation, collecting the ball and dashing to the corner for his 14th try in just 17 Test matches.

Could Sexton repeat the trick? He certainly tried from the immediate kick-off but booted it out on the full, providing another example of Ireland’s occasional sloppiness and leaving Italy inside their 22 – from where Allan kicked his second penalty to trim the gap to six.

Italy, despite being down on the scoreboard, enjoyed just under 50 per cent of the territory in the first half and certainly tested Ireland’s famed defence.

Tito Tebaldi almost scored after breaking through the green line and chipping ahead but a collision with Rob Kearney knocked him off his feet.

However, minutes later they did hit back, with Jayden Hayward the architect. The full-back side-stepped his way through from inside the 22 and was held up just short but, with men over, Italy moved the ball right where Padovani dotted down from a looping Allan pass.

The fly-half missed the conversion, which would have given Italy the lead, but the home fans – sensing a famous win – did not have long to wait.

Tebaldi, a menace all day, ripped the ball off Ireland in the 22 and sprinted upfield. His kick for Padovani was deft and accurate but the wing was held just short.

However, Italy coolly moved the ball left where only Maxime Mbamba and Morisi were waiting and it was the latter who dug through to score.

Ireland emerged from the half-time tunnel two minutes before their hosts. Schmidt had clearly made his views known.

Yet when reliable full-back Rob Kearney spilled a high ball, the New Zealander must have wondered if it was written in the stars. Fortunately for him, his team quickly improved.

There was a sharpness to their movement, a snap in their passing and extra intensity at the breakdown that Italy struggled to live with.

And after a barrage of pressure inside the five-metre line, Ireland broke through with Murray popping a pass off to wing Earls, who danced his way through to dot down. Murray, kicking instead of Sexton, put the lead at three. 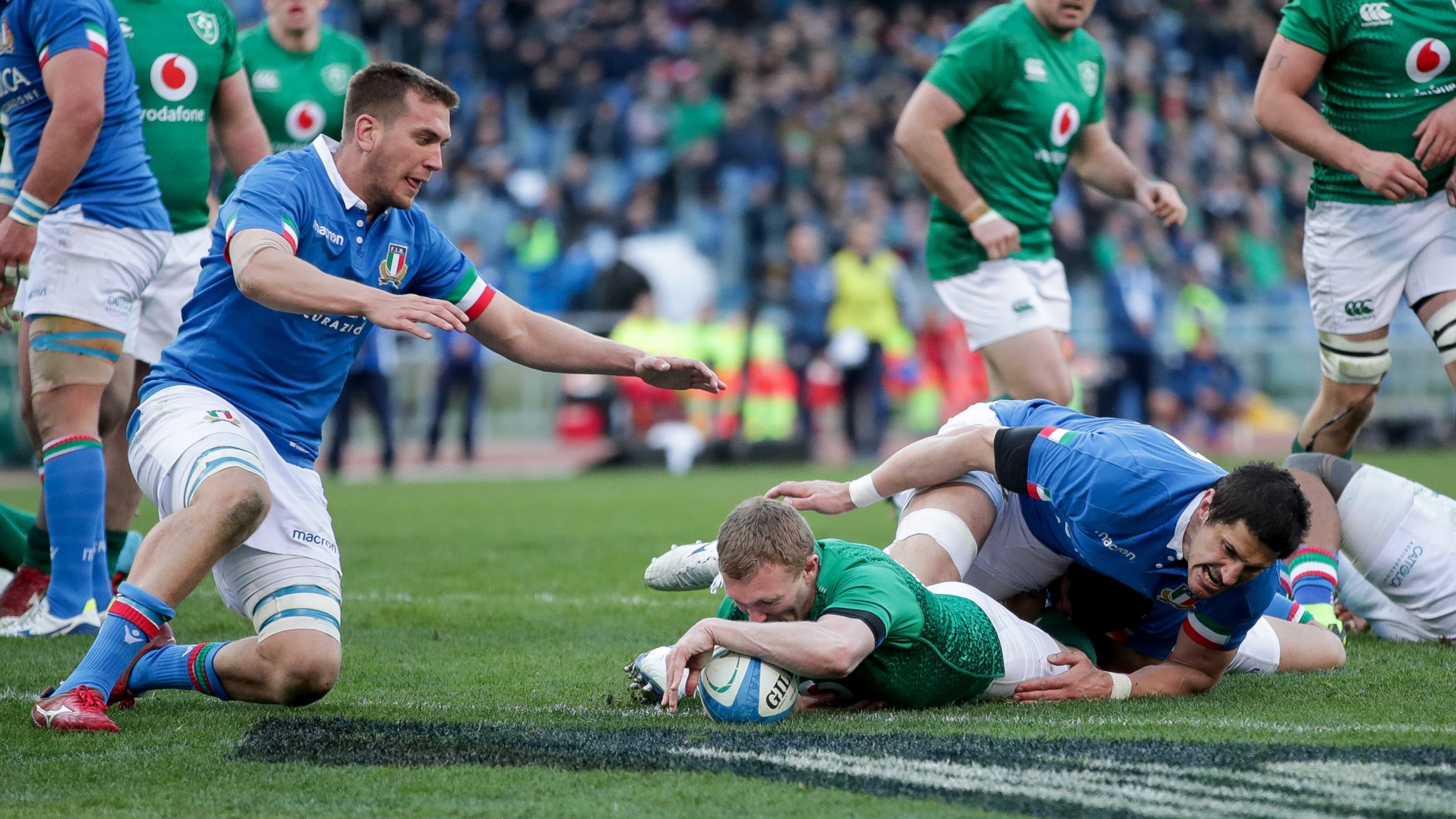 That certainly settled the nerves but Italy were refusing to go away lightly. Padovani, the only man with tries in all three rounds this season, gained ground and took Italy to the five-metre line, only for Tebaldi to fire out a low pass that was knocked on.

Ireland, also, were hardly back at their brilliant best. Off a line-out, a move to the right created space for the rapid Earls and he darted 35 metres to get within striking distance.

One pass and it was a try but the supporting Stockdale could not collect it and knocked it on.

Schmidt did not have to wait long for the bonus-point to come, with scrum-half Murray dotting down off the back of a line-out to kill the contest.

Ireland might not have their usual heights so far. But they are still climbing for the top.

KEY MOMENT
Keith Earls’ 29th Ireland try moves him up to joint-third on their all-time list and Schmidt will wonder how many more important ones he’s scored.

With Italy ahead at half-time, Ireland needed a quick response to avoid panic setting in. And it was aptly one of their wise old heads who provided it.

Ireland peppered the Italy line with muscle but it was Earls’ lightning feet which did the job as he dodged his way through to put them back ahead. They did not lose the lead from there.

PLAYER OF THE MATCH
In a city famed for his historic battles, it is fitting Peter O’Mahony picked up the man-of-the-match award.

The flanker, who captained the side in Rory Best’s absence, made all 14 tackles he attempted and grew as the game went on – both in performance and leadership.

WHAT THEY SAID:
Italy head coach Conor O’Shea: “We talked about trying to play with ambition and intensity which we did, but we gifted Jacob Stockdale a try. We lost players and had second rows playing in the back row. We have to create a consistency to get to where we want but hopefully people will see this is not an Italy side that is going to roll over.

“We showed heart and desire but it’s another result and we have to dust ourselves down. It’s a nice easy one away at Twickenham next and I want to see them play without fear.

“The players know we are doing the right things but we have to take what we do on the training field onto the pitch. There is a real belief in what we are doing but we know it’s a mountain to climb.”

Ireland head coach Joe Schmidt: “The bottom line is the win and the bonus point. We will go home happy with the points haul but not the performance. Credit to Italy, they made it very tough at the ruck area and they put us under pressure.

“Our performance was summed up in the last play, where Jacob Stockdale does brilliantly to get out of our half but then we are one pass from scoring and it goes to ground. We have to be more accurate than that.” 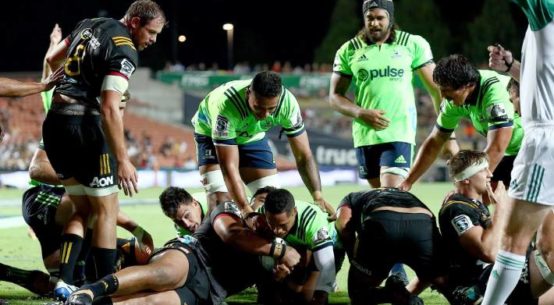 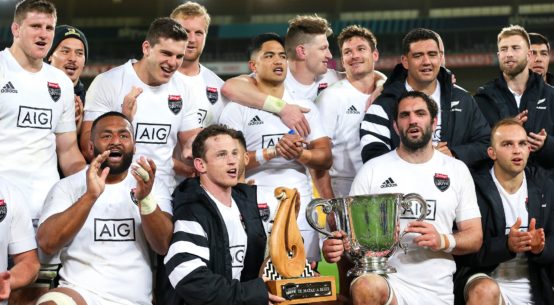