England will look to maintain their impeccable record against Italy and keep their 2019 Guinness Six Nations title hopes on track at Twickenham on Saturday afternoon.

England have never lost to the Azzurri but the visitors’ innovative ‘Fox’ tactics of not allowing a ruck to form in the tackle area gave them a real scare on their last visit to Twickenham two years ago.

Conor O’Shea’s men were also mightily impressive in Round Three of this year’s Championship as they led Ireland at half-time in Rome before eventually suffering a narrow defeat.

Unsurprisingly, O’Shea hasn’t made wholesale changes to the team that started that match, with skipper Sergio Parisse returning from a head injury, Seb Negri also coming into the back row after illness and Luca Bigi starting ahead of Leonardo Ghiraldini at hooker the only alterations.

Meanwhile, England head to Twickenham having suffered a defeat to Wales last time out that leaves the destination of the title out of their hands.

All Eddie Jones’ men can do is try to win their remaining two games and hope Wales now slip up, with Jones opting to make five changes to welcome the Azzurri to south-west London.

Elsewhere, Ellis Genge comes in at loosehead prop in place of Ben Moon, while lock Joe Launchbury and flanker Brad Shields are also promoted to the XV for what promises to be a fascinating encounter.

England defence coach John Mitchell said: “You walk past him [Joe Cokanasiga] some days and go, ‘this guy’s a mountain’! He’s a good spirit as well. He is a really infectious sort of guy and very coachable.

Head coach Eddie Jones added: “It’s something different for us – over the last four years we have had fairly small backlines.

“We have everyone fit and available and it’s an opportunity to play some big guys together.

“We are just looking to add another combination this weekend against Italy.

“It is a bigger centre combination with [Ben] Te’o at 12 and Manu [Tuilagi] at 13, and then Henry Slade will finish the game for us.”

Italy coach Conor O’Shea said: “We have a big challenge in front of us and we will try to play our best rugby. We want to make it a habit producing performances of a certain level.

“We are raising the bar and in training you can see a lot of energy from the players. We don’t have the magic wand: everything takes time but the path we have undertaken is the right one.

“[Edoardo] Padovani on the wing? He had a difficult year in France but now he’s the player who I knew a few years ago.

“He’s a professional and has managed to adapt to the role, whether he’s on the wing or at full-back and I hope he can equal Matteo Minozzi’s record by scoring his fourth try.”

Italy produced their best performance of this year’s Guinness Six Nations in Round Three against Ireland and perhaps their biggest bright spot was scrum-half Tito Tebaldi.

Making his first appearance in the Championship since 2014, Tebaldi got the Azzurri backline ticking and gave them a spark that caused Ireland serious jitters.

The 67 metres he made and three defenders he beat speaks to his threat with ball in hand and his steal from Connor Murray to start the move from which Luca Morisi scored was sublime.

England No.9 Ben Youngs will have to watch out for his opposite number and keep him bottled up at the edge of the breakdown, although Youngs has enjoyed a very impressive Championship himself and his box-kicking will be crucial in keeping Italy pinned deep. 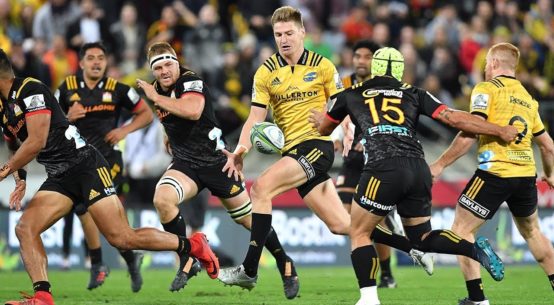