Ireland welcome France to the Aviva Stadium in Round Four of the 2019 Guinness Six Nations and for both sides, this Championship is still very much alive.

Joe Schmidt’s side are the defending Grand Slam champions, who have bounced back from their opening-day defeat in Dublin to England, and are still in contention for the crown.

Back-to-back wins in Edinburgh and Rome have kept them in the game and they return home with wind in their sails.

France also arrive with optimism renewed following their impressive win over Scotland last time out and mathematically at least, their Championship hopes are still alive for now.

By the time battle commences on Sunday, that could all have changed but Jacques Brunel’s entire matchday 23 is unchanged for the first time in his tenure.

That means Romain Ntamack and Antoine Dupont remain as the fresh-faced half-back pairing while the third Toulousain in the back three, Thomas Ramos, will be keen to find his goalkicking boots in Dublin.

In contrast, it is all change for Ireland this weekend as they return to the tried and trusted after the experiment up front against the Azzurri.

The front row reunites Cian Healy and Tadhg Furlong either side of skipper Rory Best, James Ryan and Iain Henderson return to the second row and Josh van der Flier and CJ Stander return alongside Peter O’Mahony in the back row.

The backline is largely unchanged from the one that won in Rome, try-scorers Keith Earls and Jacob Stockdale remain on the wing but Garry Ringrose comes into midfield in place of Chris Farrell.

It took a last-gasp Jonathan Sexton drop goal to separate these two sides last year in Paris, let’s hope for an equally dramatic finish one year on.

WHAT THEY SAID
France head coach Jacques Brunel: “I’m expecting a lot from the team. Ireland are able to play at great speed but we have talented players who can compete with this team and they performed well against Scotland.

“Italy gave Ireland a great battle and we hope to be able to offer them the resistance and ambition that we showed in the last match.

“I am looking for our younger players to progress in every game. They have shown a lot of calm against Scotland but this will be another test.

“The context of this match will be different and I hope our pack will put the half-backs in good positions.”

Ireland head coach Joe Schmidt: “It’s great to have CJ (Stander) back, James Ryan, Rory Best, those guys who have been rested from the last game.

“I think we were always going to spread the load across the Guinness Six Nations which is a bit different to what we’ve done in the past.

“We’ve probably got a slightly different brief this Championship as much as we want to stay right in the mix.

“There’s an opportunity this Sunday to stay in the mix and we’re desperately keen to do that.

“There were some guys who would have been disappointed with their performances against Italy and at the same time Ultan Dillane, for example, pressed his claim.”

It is a contrast in styles, the master manager Conor Murray who looks to be returning to some of his best form after some injury struggles against the livewire Antoine Dupont.

Dupont has been one of the finds of this year’s Championship for Les Bleus and starts for the second game in a row.

But Murray has been there and done it all before, he’s scored twice against France before in his international career including in this fixture back in 2017. 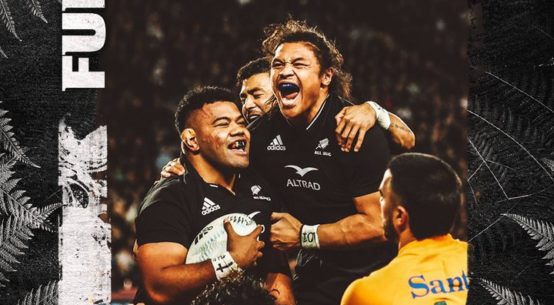